Community, coffee and ‘canelés’: How Burrow brought a French pastry from Bordeaux to Bangsar

with custardy heart. These might be the most perfect canelés you have tasted.

Aged for 48 hours, these canelés are available in an assortment of flavours from the familiar such as Espresso and Matcha to the quirkier ones such as Lucky Marmalade and Maple Pecan.

Then there is the OG, the signature Canelé de Bordeaux, that is ever a crowd pleaser.

These and other seasonal flavours can be found at Burrow, a canelé focused bakery-café founded by Aimie Habban, whose journey into the world of F&B (food and beverage) was far from straightforward. 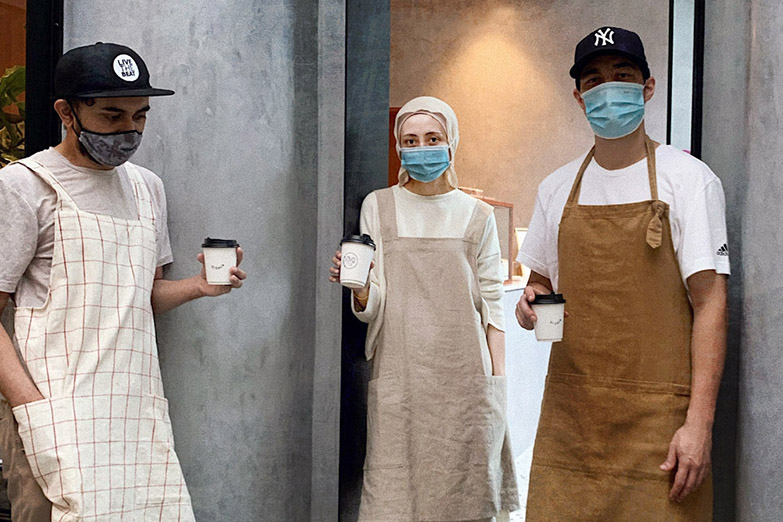 She shares, “I had taken up baking and making coffee as a part-time hobby in the past 10 years while operating a gas station business with my husband. So when the world went on pause because of Covid-19, we had plenty of time to regroup and rethink.”

Attention to detail is everything, from sourcing ingredients to using copper moulds to make the canelés. Even the interesting name of the shop comes not from some esoteric pâtisserie parlance, but from Aimie’s deep fascination with rabbits.

She explains, “They’re small yet energetic and at the end of the day they need to find comfort in their own little burrows. So at Burrow we try to bring forth the concept of simplicity and cosiness, with our signature coffee and tiny beautiful canelé.” 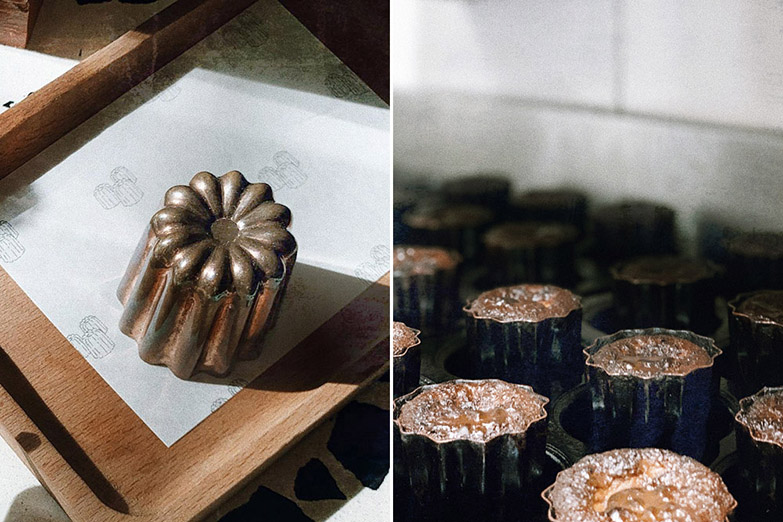 Copper moulds are traditionally used to give 'canelés' their signature golden crust.

At Burrow, canelés are baked the traditional way, the way they would be in a pâtisserie in France. According to Aimie, this means using copper moulds and beeswax, rather than more conventional moulds made from silicone or metal with non-stick coating.

She adds, “the only difference is that we omit the rum! We want everyone to appreciate canelés like we do!”

The traditional usage of copper moulds hails from the Bordeaux region of France, where canelés have long been a proud culinary treasure. Copper moulds are thought to give the best browning on the canelé – that golden crust that is so highly desired.

In fact, the name canelé means “fluted” in French and is derived from the iconic scalloped shape of these copper moulds. Copper also conducts heat very well; it is believed that canelés baked in copper moulds would remain crisp far longer than they would otherwise. 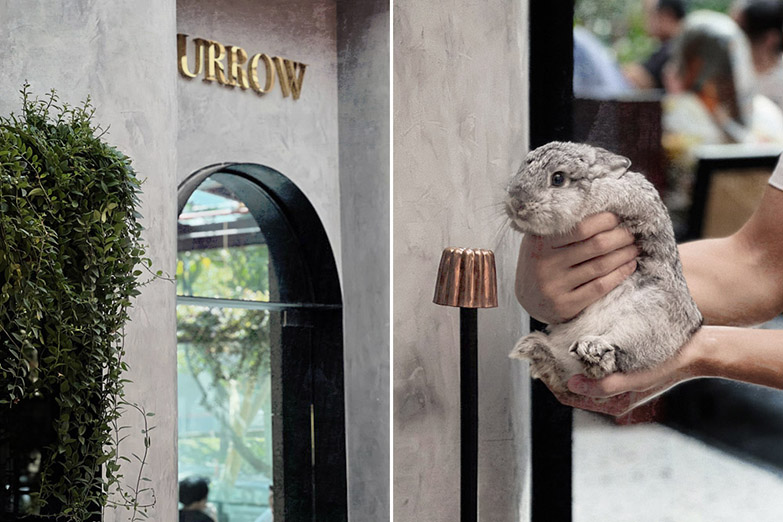 The name Burrow comes from Aimie’s deep fascination with rabbits.

“It took me a whole year of trial and error to finally find the recipe that I’m happy with,” says Aimie. “Although canelés only require basic ingredients such as flour, eggs and sugar, they proved to be one of the trickiest French desserts to bake right.”

Clearly the canelés are made with plenty of love and care. But much of any entrepreneur’s attention, particularly for newbies, has to be directed to the actual operations of their fledgling businesses as well.

Timing proved to be crucial; whether serendipitous or calamitous depends much on the business owner’s outlook and determination.

Aimie explains, “It was surreal, setting a date to open and it was smack at the start of the second lockdown. The announcement took everyone by surprise and I actually had a meltdown during our opening.” 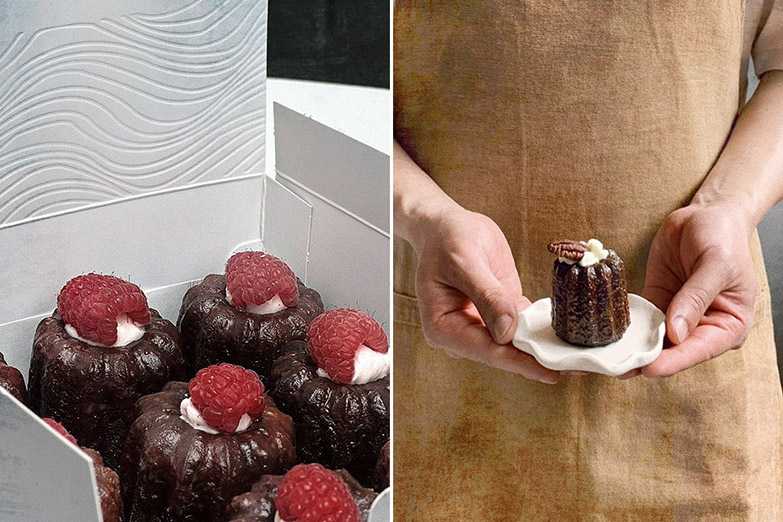 Thankfully, a strong support system helped Aimie keep her eye on the goal. The circumstances were just that; how she would act in response mattered more than the actual circumstances themselves.

She says, “I’ve kept my chin up and our Instagram game strong for our little Burrow to always be ahead of the curve in bringing the canelé wave to Malaysia. And also now, we just laugh it off whenever anybody asks us the million dollar question of ‘When did you guys open?’”

Today regulars to Burrow have their own favourite canelés, be it the subtly fragrant Mr Earl (an Earl Grey tea-infused canelé filled with fresh lemon curd) or the Ispahan, inspired by pâtissier Pierre Hermé’s most famous dessert (a delicate flavour trinity of rose, lychee and fresh raspberries).

Aimie’s own personal favourite is her Maple Pecan canelé, possibly because this was the first flavour that she came up with after Burrow’s classic OG. Infused with organic maple syrup, the canelé is then topped with a toasted butter pecan. 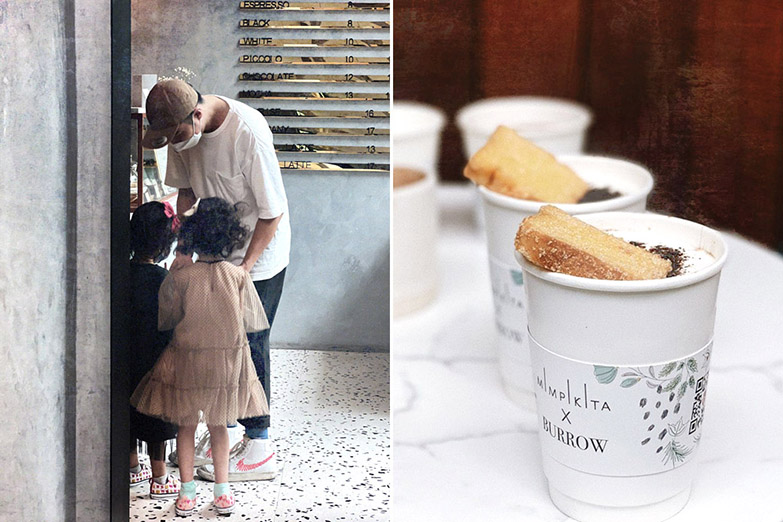 She recalls, “I wanted something slightly different that is not too overpowering. Since everyone in my household loves maple syrup, I thought why not try doing a maple canelé?”

The same approach applies to other variations of Burrow’s canelés as Aimie prefers the flavours to be subtle. She says, “I find them to be quite similar to coffee too, meaning they’re both temperamental in nature. Even the slightest change in the temperature or measurements matters.”

Which means Burrow’s canelés are best enjoyed with a hot cuppa. Something Aimie has ensured will always be on the table with a proper coffee bar so customers can order their usual long black or flat white to go with these sweet treats.

Or as she’d put it, coffee and canelés are “a match made in heaven!” 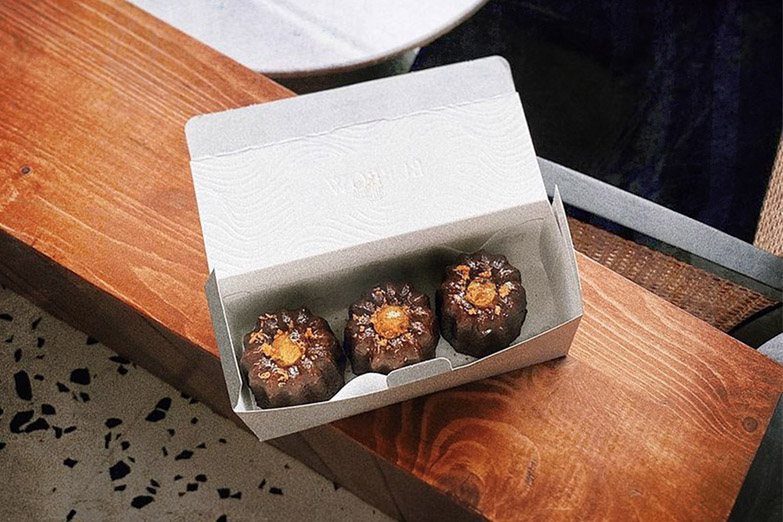 A box of Burrow’s Lucky Marmalade 'canelés' to bring home or give to a loved one.

Other matches are key to Burrow’s expanding their brand reach. The bakery-café has collaborated with fellow entrepreneurs such as homegrown fashion brand Mimpikita by creating a limited edition beverage called Kopi Tarik Kita for Malaysia Day last year and joining their recent mini bazaar.

Running a business can be more than just chasing after more revenue streams; by fostering the community it operates within, a business grows in more than simply the bottom line.

Aimie shares, “We have quite an exciting year with new collaborations and pop-up Raya booths! And we’re lucky to have made so many friends in the local industry be it fashion or F&B. Our aim is to always support one another while keeping each other’s core values in check!”

Community, coffee and canelés: Sounds like a recipe for growth, generosity and graciousness, especially during this blessed season.