‘Bollywood Dreams’ is the Kuala Lumpur Performing Arts Centre’s first live show with audiences since October 2020. – Picture courtesy of Klpac
Follow us on Instagram, subscribe to our Telegram channel and browser alerts for the latest news you need to know.
By MELANIE CHALIL

The theatre company is back again on Thursday, beginning with a recorded performance of Kevin Kerr’s Unity (1918) that will be streamed online via Cloud Theatre.

The Actors Studio production revolves around a small town called Unity in Saskatchewan, Canada amid the 1918 flu pandemic that claimed 20 million to 50 million lives.

Kerr’s play which won the Governor General’s Literary Award for Drama in 2002 examines the arrival of a deadly virus in a remote town and its residents’ attempts to survive, find love and deal with death in the face of one of human history’s deadliest epidemics.

A relevant piece befitting the new normal as Malaysians commemorate the first anniversary of the MCO, Unity is directed by Tung Jit Yang and co-directed by Dawn Cheong.

“We wanted to give life to a theatre that could no longer hold an audience.

“We wanted to tell the stories of these ‘fictional’ characters living a real moment of our collected history, a historic moment that has tragically become our lived present. 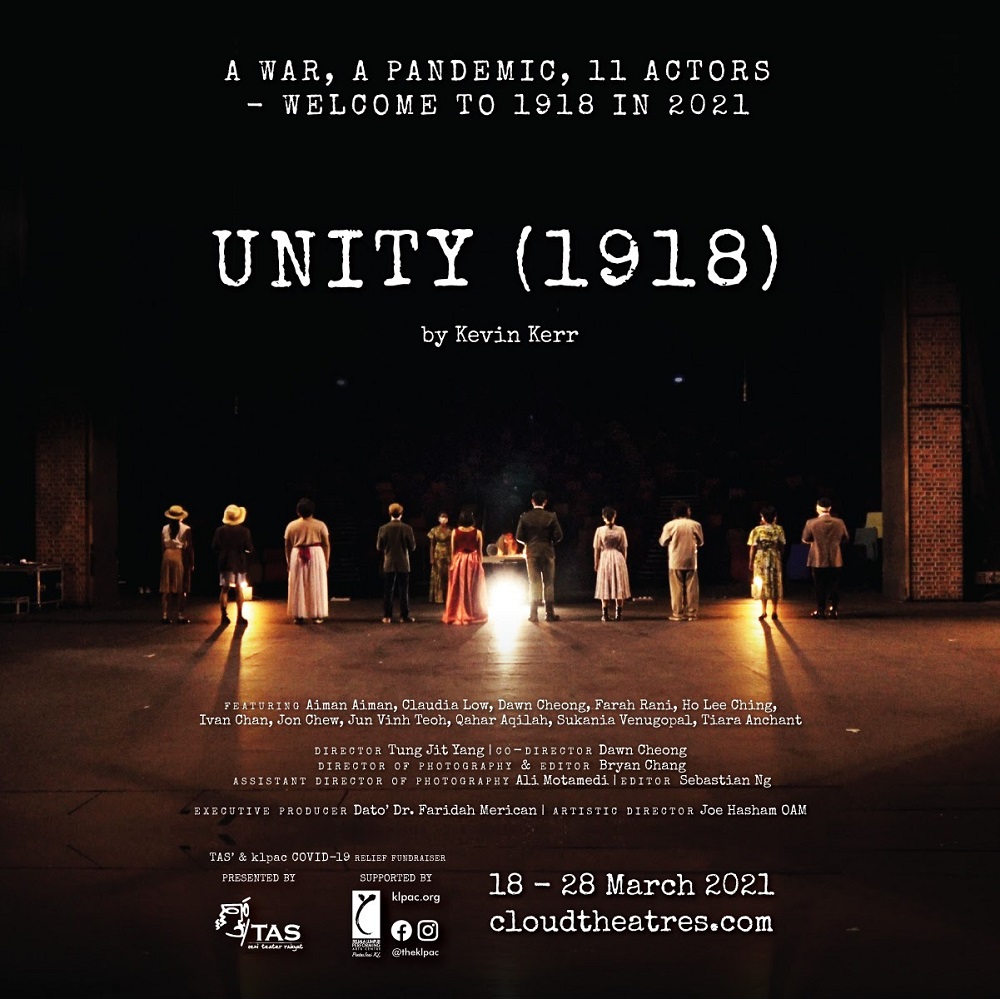 ‘Unity (1918)’ is based on an award-winning Canadian play about the arrival of a deadly virus in a small, remote town. – Picture courtesy of Bryan Chang

“I hope this recording of Unity sends a message that we are not gone, that the essence of the arts, the theatre, of story remained alive and thriving, adapting to the times, refusing to expire,” said Tung.

This production is inspired by the Dogme-95 movement, a filmmaking movement which started in Denmark that excludes special effects and technological gimmicks to concentrate on the story and acting.

The play will also be streamed to a global audience with two international streaming times for New Zealand and the US.

Ticket sales will go to the actors and artistes as well as raise funds for Klpac and The Actors Studio that recorded an RM2 million loss due to Covid-19.

After Unity, Klpac will open its doors to audiences with The Actors Studio Seni Teater Rakyat’s Bollywood Dreams from March 24 to March 28.

It will be Klpac’s first live show with audiences since October 2020. 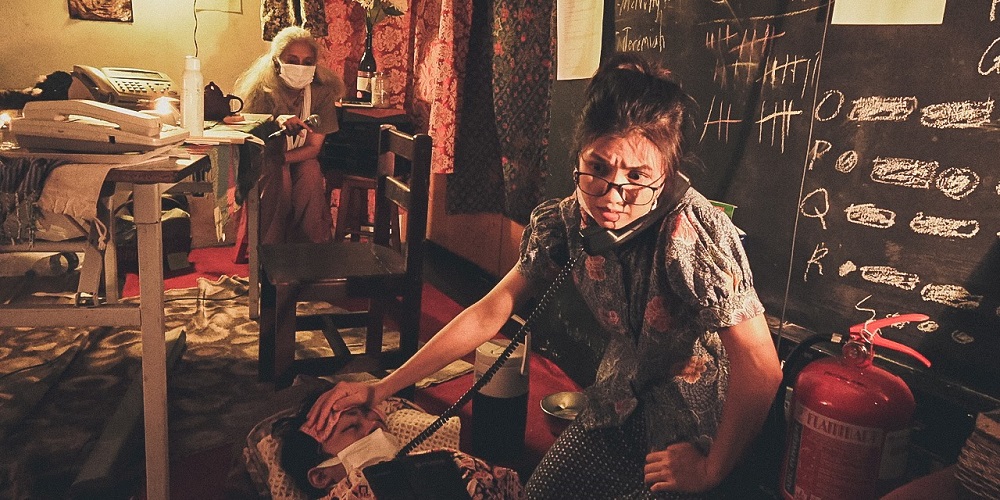 ‘Unity (1918)’ was shot in Pentas 1 and will be streamed online to a global audience beginning March 18. – Picture courtesy of Bryan Chang

Bollywood Dreams is a labour of love by theatre veteran Datuk Faridah Merican who spent almost two years trying to stage it.

“With multiple cast changes and other setbacks due to the constantly shifting schedules, I decided to bite the bullet and pushed ahead for an online premiere in 2021.

“Then, just two weeks shy of the recording date, our prayers were answered when Datuk Seri Ismail Sabri announced that live performances would finally be allowed (after much lobbying), albeit with strict SOPs in place.

“It was nothing short of a miracle. We are grateful, relieved and excited,” Faridah said.

The charming tale tells the story of two brothers growing up in 1980s Sungai Petani who escape their mundane lives by re-enacting scenes from their favourite Bollywood films. Klpac is encouraging the public to buy a ticket to help them stay afloat  —  the theatre company has to raise RM3.3 million by December 2021 to allow them to pay staff, artistes and crew.

For ticketing information and other time zones, click here.

Click here to purchase or call Klpac box office at 03-4047 9000 (e-tickets only, strictly no over the counter sales).