Friday, 01 May 2020 11:34 AM MYT By Player's Blog
Follow us on Instagram, subscribe to our Telegram channel and browser alerts for the latest news you need to know.
By Player's Blog

MAY 1 ― Anyone growing up in South Africa knows the name Ernie Els. He’s obviously a legend in not just our country, but throughout the entire world! I have been particularly lucky to call that legend a close friend. I’ve spoken to Ernie regularly throughout the course of my life, quite frankly, since I first met him when I was six or seven years old.

Given that, for me to be able to follow in his footsteps as captain of the International Team at next year’s Presidents Cup is very, very special to me. Ernie has been a great friend and mentor to me throughout my life and someone I’ve been able to rely on for advice and guidance. To carry on the momentum he created as captain is something I don’t take for granted. I’m truly humbled by it.

Though we were unable to deliver Ernie a win at Royal Melbourne last year, the legacy that he established in his time as captain is something I hope to build on moving forward. I can’t wait to continue adding to the platform he created for us in 2019, and I anticipate that once we put the whole team together that we’ll all look forward to having another crack at it in 2021 at Quail Hollow Club in Charlotte, North Carolina.

Ernie knew that he needed to find a way to create a family dynamic among our team, and we felt that over the years that might have been what was missing. It’s a pretty big hurdle to try and overcome when you have players coming from seven, eight or nine different countries and regions — with their own cultures and own languages — in just one week. 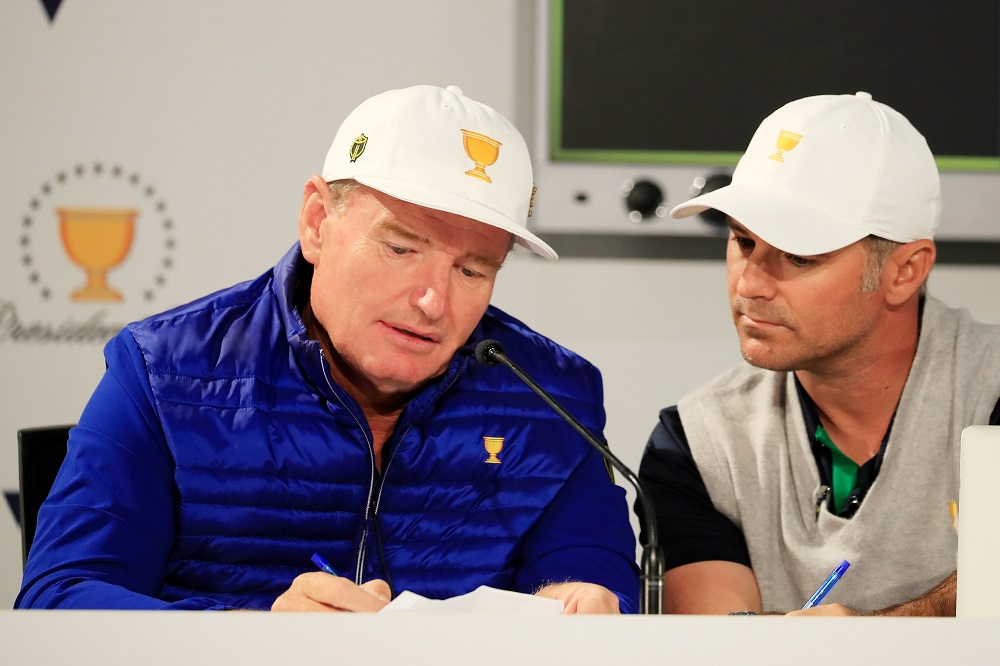 Trevor (right) says Ernie has been a great friend and mentor to him throughout his life. ― Picture via Getty Images

We spent a lot of time trying to get all of the different players who could possibly be on the squad together, trying to get to know one another and feel more comfortable around each other in that team environment. Ernie really went out of his way to build unity amongst the group, and we learned a lot through that process. We learned about ourselves, about the different players, and I think that worked in our favour.

That was something he wanted to create not just for himself and the 2019 team, but for further down the road, too. He really felt like our team needed a bit of guidance and some kind of identity. With the creation of a new International Team logo, that identity was born.

We had amazing chemistry in our team room in Australia. I'm sure everybody could see that and feel that. And it translated onto the golf course, where our guys really did compete as one unit, and we came so close to almost pulling off one of the biggest upsets, shucks, that I can think of in sports.

All of that was a credit to Ernie. When he came into the team room, the whole team could feel his aura and presence. We could feel his intensity. We could feel his emotion. We could feel how badly he wanted to turn this thing around and get our team to be competitive. And that really rallied our troops. When Ernie spoke, he said things that were truly impactful. He’s not always a man of many words. He likes to fly under the radar a little and let his clubs do the talking.

Those are literally and figuratively massive shoes for me to fill. But I think we have a nice plan going forward. I'm going to draw on all sorts of different things that I've picked up over the years from a leadership standpoint from successful people all over the globe and all walks of life. But we're going to have a great time. We're going to have great communication. Just like everything in my career, there's going to be a lot of attention to detail. 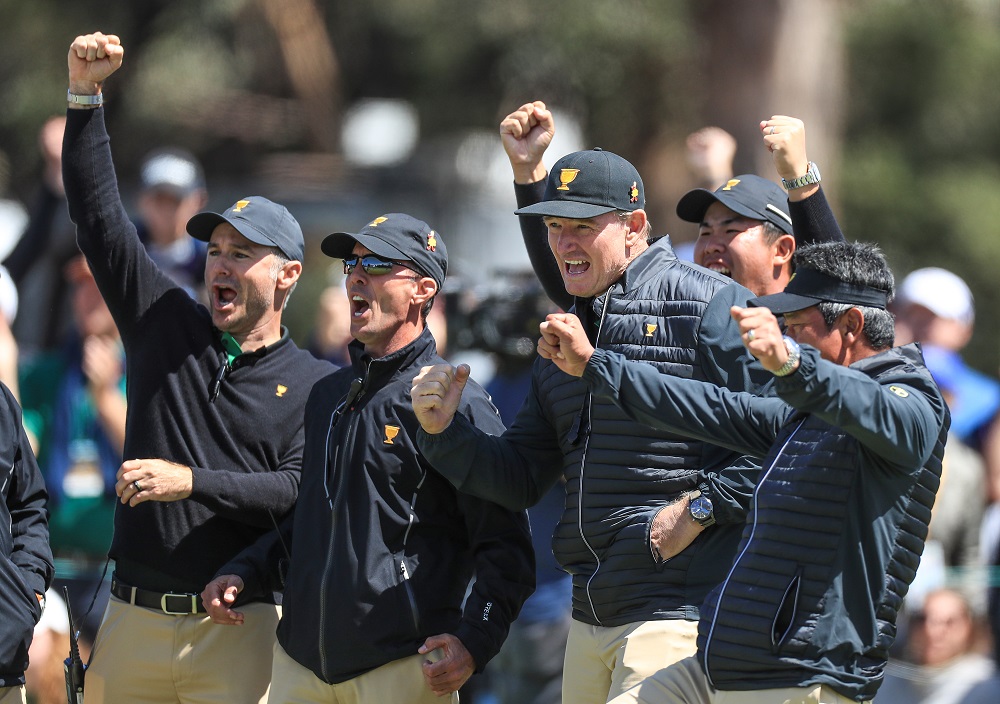 What Ernie showed me in his time as captain will no doubt play a big part in that. I spoke to him recently about how I would like things to unfold, just showing him the respect of keeping him up to date with everything taking place, and to reiterate to him that what he has created for our team is going to be a massive part of our culture moving forward.

What he did for us is going to be a turning point for the International Team. We sat down after the Presidents Cup and tried to figure out where we went right and where we went wrong, the things we need to keep and the things we need to improve on. We have the blueprint that will hopefully lead us to victory, and he’s going to be part of that, albeit from a distance. He will always be there for us. And maybe now, with his help and enduring legacy, we can finally win this Cup again.

* The PGA TOUR is available on Golf Channel on Astro and GOLFTV powered by PGA TOUR.