Dyana and Umno: Why are young Malays abandoning the party? 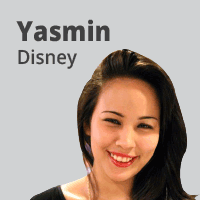 MAY 27 ― It’s a depressingly predictable situation.

Ever since Dyana Sofya announced she was running for the post of Teluk Intan MP, she has been the unfortunate victim of a barrage of unwanted attention from all sides. Her personal details have been misused, resulting in hundreds of lewd messages sent to her phone; photos of her allegedly wearing a bikini were posted outside mosques in an attempt to paint her as a “bad” Muslim; and she has been the subject of constant verbal and physical harassment from men who still believe, in this day and age, that they have the right to strip women of their bodily autonomy.

As usual, it is the reactions of our top politicians, however, that have been the most jaw-dropping. Datuk Seri Shahrizat Jalil, former Minister of Women and Family, patronisingly labelled Dyana a “DAP puppet.” Umno vice president and Home Minister Datuk Zahid Hamidi said there was no point voting for her because she was only “slightly pretty.” And of course, former Prime Minister Tun Dr Mahathir, never one to shy away from giving his opinion, waded in to accuse Dyana’s mother of raising a traitor.

Dyana Sofya is clearly something of a political phenomenon. And the reasons for this extend beyond her looks and youth, despite what her detractors would have you believe. I don’t buy for a second that Dyana has in any way betrayed her race or religion by turning her back on Umno. But if Umno truly believes this, they need to sit down and seriously consider the possible reasons for this so-called “betrayal.”

Dyana is, after all, Malay, born into an Umno family (her mother is still a member), and educated at UiTM; three ingredients that would normally guarantee her lifelong loyalty to Umno. And yet she chose the supposedly unthinkable ― joining DAP as Lim Kit Siang’s political secretary before running for MP on a DAP ticket.

The reaction from most quarters has been surprisingly positive. Amidst all the catcalls and wolf whistles from dirty old men, there seems to be real fascination with, and support for, the young law graduate. Instead of belittling, heckling and insulting her at every turn, Umno would do far better to engage in some self-reflection as to why, exactly, so many young, educated Malays are choosing to abandon the party.

They don’t have far to look ― Dyana has told us in her own words why she chose DAP: “I did it because I felt Malaysia needed a new kind of politics. I had seen how racial politics was nothing but a scam. My mother is Malay, yet she was shunned by the very party that claims to protect Malays. Hence, the racial model is nothing but a means for power-hungry leaders to stay in power. The only way forward for our country is to break this model of racial politics.”

Many young Bumiputera (me included) feel the same. Dr Mahathir laments the fact that today’s youth have forgotten the struggles of early Umno leaders in defending Malay rights. But the old Umno, lead by Tunku Abdul Rahman and Tun Abdul Razak, simply no longer exists. In Umno Baru, young Malays don’t necessarily see their struggles articulated, let alone solved. All they see is a pervasive culture of corruption and nepotism that benefits the already privileged and further alienates the poor.

Dr Mahathir has also previously accused young people who studied in the West of having their minds infused with “Western” concepts ― things like equality, justice and human rights. Yet Dyana was educated right here at UiTM, an exclusively Bumiputera establishment. Where, then, do her views come from? Ironically, it appears they were the direct result of her time at the university, where, in her own words, “I noticed the discrepancy where rich children of Umno leaders were admitted into UiTM while poorer but more qualified non-Umno linked families were shut out.”

Like it or not, equality, justice and human rights are of fundamental importance to young people ― they recognise that an unfair system, even when it privileges them, is still an unfair system. This is an issue that is particularly close to my own heart. Having benefited in the past from policies that favour Bumiputeras, I have often questioned what it means to be both Malay and Malaysian and whether these two identities are ever in conflict. Logic dictates they shouldn’t be; the reality, as I’ve found, is far more complicated.

Having lived abroad now for several years, the identity that has defined me above all else has been Malaysian. Being able to call myself Malaysian matters to me, in a million ways I can’t fully express. Increasingly, many young people, while retaining an appreciation of their culture, no longer identify themselves or others purely along racial lines. They see themselves, first and foremost, as Malaysians. And even when they don’t, they still don’t see Umno as the solution to their problems.

The youth are often inexperienced, but they aren’t idiots. Malaysian universities may ban politics on campus, but it doesn’t stop students from forming and expressing strong opinions about the future of their nation. Now more than ever, whether educated locally or abroad, young people care about issues ― corruption, racism, sexism, freedom of speech, the rising cost of living ― and they often care passionately.

For too long now, Umno has propagated the myth that the only way for Malays to protect their rights is to join them. But Dyana is fast dismantling that myth. Distracting the rakyat with what amounts to blatant smear tactics does nothing to address the deep disillusionment felt by the nation’s youth. And as more and more defect to “the other side”, BN needs to think long and hard about what it can do win them back.