Datuk Seri Zahid Hamidi is pictured at the Kuala Lumpur Court Complex July 7, 2022. ― Picture by Firdaus Latif
Follow us on Instagram, subscribe to our Telegram channel and browser alerts for the latest news you need to know.
By Ida Lim

Testifying in his own defence in his corruption and money laundering trial today, Ahmad Zahid was explaining details of the RM5.9 million purchase using charity Yayasan Akalbudi’s funds.

Ahmad Zahid explained that law firm Lewis & Co was holding and handling millions of ringgit of Yayasan Akalbudi’s funds, based solely on his verbal instructions to appoint the law firm to the role. He yesterday confirmed that there was no appointment letter for this.

Asked to explain why the law firm did not wait for the fixed deposits’ maturity date of either six months or one year before withdrawing the funds, Ahmad Zahid then said this was because the seller of the two houses in Country Heights gave a short timeframe for the purchase.

“This offer from Tan Sri Lee Kim Yew, the owner of Country Heights — he needed the money badly, that’s why he sold it below the market price, I know he was facing problems to pay his income tax, that’s why the timeline given to us was very short. That’s why the discounted price was given to Yayasan and the decision needed to be very fast,” Ahmad Zahid, adding that the fast withdrawal of the fixed deposits totalling RM7 million was “basically management decision”

The prosecution then immediately asked whether the RM5.9 million purchase of the two properties — previously described repeatedly as “bungalows” in this trial — were not for charitable purposes.

Harris: The purchase of the buildings is not for charity, but to help Tan Sri, ‘he needs’, this is based on your answer. You can agree or disagree.

Yesterday, Ahmad Zahid said the two houses were bought below the market price of RM12 million, and that they were bought to be converted into centres for Islamic religious studies. 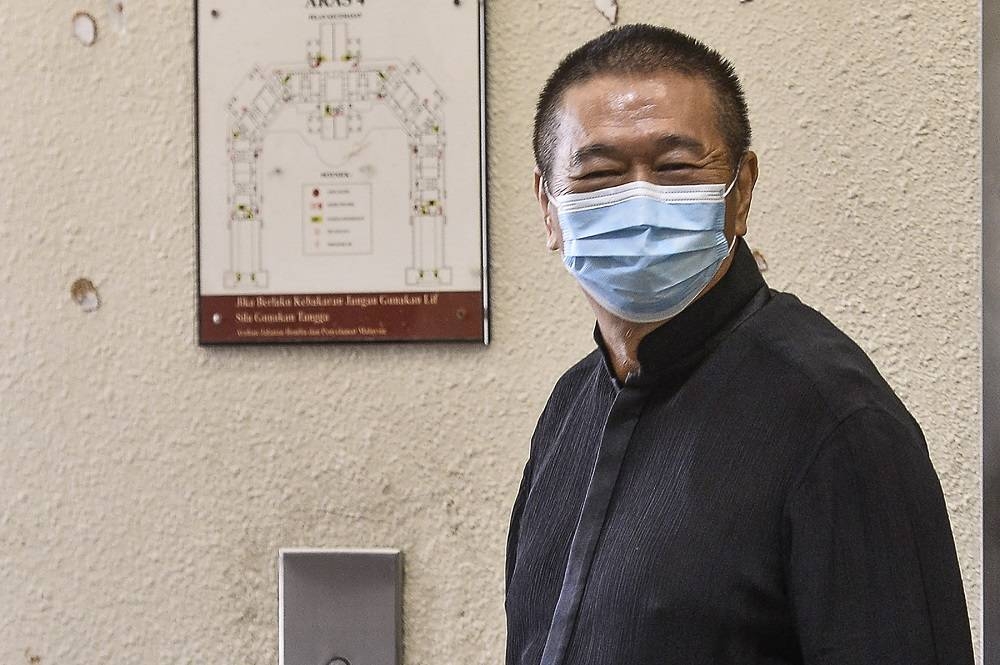 Lee had said he was contacted in December 2016 by a “Datuk Eric” who told him that Yayasan Al-Falah wanted to buy the two Country Heights houses, and that he had agreed to round down the price from RM5,907,750 or approximately RM150 per square foot, to just RM5.9 million for the two properties for ease of calculations and because the houses were old. Lee had recalled the properties to be worth RM200 per square foot back in 2017, and that their current market price as of his testimony in June 2020 is between RM150 and RM250 per square foot.

Lee had said the two homes had been “abandoned” houses and unoccupied since their original purchase, and confirmed he knew Yayasan Al-Falah was linked to Ahmad Zahid.

Lee previously agreed the two properties were sold below market price in 2017 due to his knowledge of Zahid’s links to Yayasan Al-Falah and due to the abandoned nature of the houses.

One of the 27 money-laundering charges that Ahmad Zahid is facing alleges that he had engaged directly in a transaction that involves proceeds of unlawful activity, by giving instruction to buy the two “bungalow lots” for RM5.9 million using a cheque issued by the law firm Lewis & Co via a client account at Maybank, with the funds said to be illegal proceeds.

Throughout the trial, Ahmad Zahid and his lawyers have insisted that Lewis & Co is a trustee for Yayasan Akalbudi and holds funds on trust for it in a client account.

Yayasan Akalbudi was formed with the aim of eradicating poverty and enhancing the welfare of the poor, and Ahmad Zahid is a trustee of the foundation and also its sole signatory for cheques.