Klang Valley Ramadan bazaars roar back to life, even as visitors and vendors remain Covid cautious

People buying food at a Ramadan bazaar on the first day of Ramadan at Bazaar Seksyen 13, Shah Alam April 3, 2022. — Pictures by Miera Zulyana
Follow us on Instagram, subscribe to our Telegram channel and browser alerts for the latest news you need to know.
By R. LOHESWAR & KENNETH TEE

KUALA LUMPUR, April 4 — The large crowds expected at Ramadan bazaars throughout April are a cause for concern if Covid-19 standard operating procedures (SOPs) are disregarded, said visitors and vendors alike when approached by Malay Mail yesterday.

The Ramadan bazaars at Seksyen 13 in Shah Alam and Pandan Indah in Ampang saw people coming out in droves to buy their favourite buka puasa goodies, some from stalls that were opening for the first time in two years due to the pandemic. Student Rizq Aqeef, 17, speaks during an interview on the first day of Ramadan at Bazaar Seksyen 13, Shah Alam April 3, 2022.

“It is the first day so you kind of expect it to be chaotic,” said 17-year-old Rizq Aqeef who Malay Mail spoke to in Shah Alam.

“For two years, people couldn’t experience the bazaar so they all wanted to release some tension. Despite things still being under control, I feel the SOPs could be tighter.”

Meanwhile, Suhaimi, whose favourite dishes are anything cooked in the percik style, added: “Right now, you assume that everyone who feels feverish has Covid-19. So you must be careful and look after yourself. Be honest with yourself and stay at home if you have symptoms.” 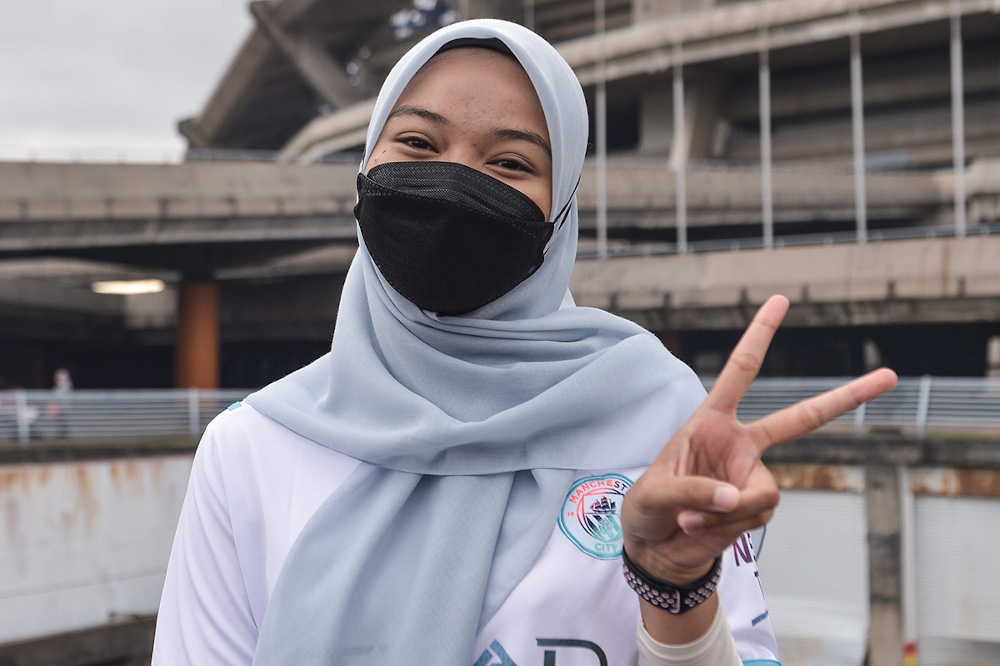 Puteri Siti Zulaika, who was with her family, told Malay Mail that she felt the Shah Alam Ramadan bazaar was too crowded and they couldn’t buy most of the snacks that they wanted as the queues were too long.

She said they were a bit disappointed and felt others would be too, if they came by, only to be greeted by hordes of people, with the realisation quickly dawning on them that they might come away empty-handed.

“As for the SOPs, they are not strict enough here as the place was too crowded. Probably because people miss coming to the bazaar after the two-year hiatus,” said the 20-year-old.

“It is a cause for concern as there are still a lot of daily cases. But it is the first day of puasa. Who wouldn’t want to go to the bazaar to buka? So we just go with the flow and hope for the best,” she said, adding that she couldn’t get her hands on her favourite Roti John due to the crowds.

Siti’s sentiments were shared by electrician Lokman Nor Hakim who said the location of the Shah Alam bazaar had caused some chaos.

It is now at Stadium Shah Alam, much to the consternation of some members of the public who view the location as far from accessible.

“It is upsetting to see so many people. Parking is far away. It makes you wonder who decided to have the bazaar here.

“For the vendors, I am sure they are overjoyed. I mean look at the crowds. I feel prices are still reasonable. But the ones queueing, good luck lah,” he quipped. 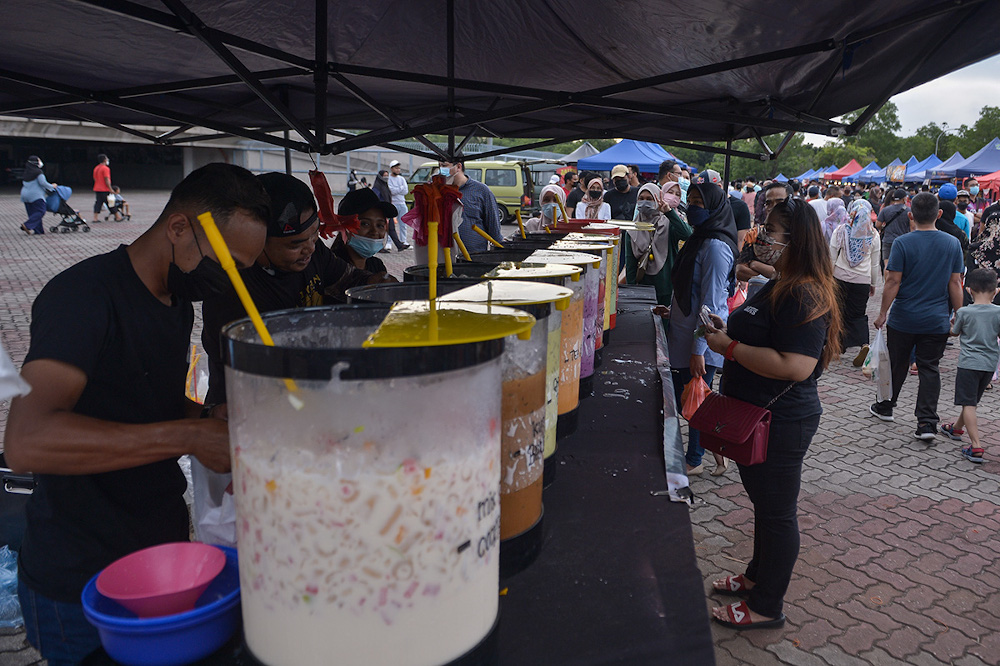 People buying food at a Ramadan bazaar on the first day of Ramadan at Bazaar Seksyen 13, Shah Alam April 3, 2022.

“Business last year was not very encouraging since patrons were limited. This year, I don’t even have time to buy my own dinner due to the constant flow of customers,” he joked.

Despite the increase in patrons and with it, the possible risk of infection, Nizar conceded that he was not worried about contracting Covid-19 as almost everyone was vaccinated and boosted.

Within two hours of her stall opening, she had managed to sell most of her stock — pressed fruit juice — thanks to the crowd upsurge, which numbered almost in the hundreds at one point.

“Definitely exceeded my expectations. I have never done business at a Ramadan bazaar.

“Our sales were very encouraging as well and our drinks have sold out,” she said enthusiastically.

Asked about the potential risk of contracting Covid-19, she expressed her reservations and slight concern since most of the transactions performed were non-contactless.

Nevertheless, she was optimistic that sales will pick up even further as more people patronise the bazaar in the coming weeks based on her first-day observations. Ikan Bakar seller Suhaimi said he hopes customers understand the price hike is due to the increase in prices of ingredients and other materials used in preparing and packaging the food. People buying food at a Ramadan bazaar on the first day of Ramadan at Bazaar Seksyen 13, Shah Alam April 3, 2022. — Picture by Loheswar Rathakrishnan

Hankering for a ‘normal’ Raya

The global pandemic, Russia-Ukraine war and festive season are causing the price of goods to go up. All the vendors Malay Mail spoke to said they had seen a hike in costs and expected this to continue.

“Every single thing you can name has gone up in price and this is due to a lack of price controls,” said ikan bakar seller Suhaimi.

“Not just the raw materials but other things such as plastic bags, cups and dry items. As vendors, we still have to earn so we try our best.

“We hope the customers understand the price hike as we too cannot do anything about it.

“As for getting infected, I already caught Covid once. That’s why we have to remind ourselves we are not totally off the hook.

“The main thing I want to see is that we have a normal Hari Raya celebration and for the economy to stabilise.”

In Bangsar, the Jalan Telawi Ramadan bazaar was more subdued. Putu piring seller Myza said she still preferred being outdoors due to the threat of Omicron.

Myza had been selling her goods online and was doing well but still said the bazaar setting was something to cherish and many people missed that atmosphere.

“Being cooped up at home for so many years is difficult so we still enjoy being outdoors,” she said when met.

“The main thing is to keep the mask on, maintain a distance and practise good hygiene because if we don’t, then we can’t earn.”

Seventy-two Ramadan bazaar locations involving 5,000 stalls are expected to open around the federal capital during the fasting month, which started yesterday.

Federal Territories Minister Datuk Seri Shahidan Kassim said the operation hours of the bazaars are from 3pm to 8pm.