Voters are seen queuing up to enter the SMK Sri Muar polling station in Muar, Johor March 12, 2022. ― Picture by Hari Anggara
Follow us on Instagram, subscribe to our Telegram channel and browser alerts for the latest news you need to know.
By RADZI RAZAK

JOHOR BARU, March 13 — Barisan Nasional (BN) made a triumphant comeback in Johor yesterday by bagging 40 out of 56 seats in the state legislative assembly, after losing the state for the first time since its inception in 2018.

This represents the second convincing win for BN after the Melaka state election last year, and signals a momentum that could continue to build until the general election, should it be called this year.

The following are the three main things that we learned from the state election:

State Pakatan Harapan (PH) chief Aminolhuda Hassan said that the coalition will conduct a post-mortem to analyse the weaknesses, mistakes and reasons for its dismal performance yesterday.

However, he also said that chief among the reasons were the low voter turnout of only 54.9 per cent as well as the split votes shared among non-BN candidates.

“In my own area, the difference between my votes and that of the BN candidate was only about 1 per cent,” he said of his loss in the Parit Yaani seat by only 294 votes. On the other hand, the Perikatan Nasional (PN) candidate, who came in third, grabbed more than 5,000 votes. 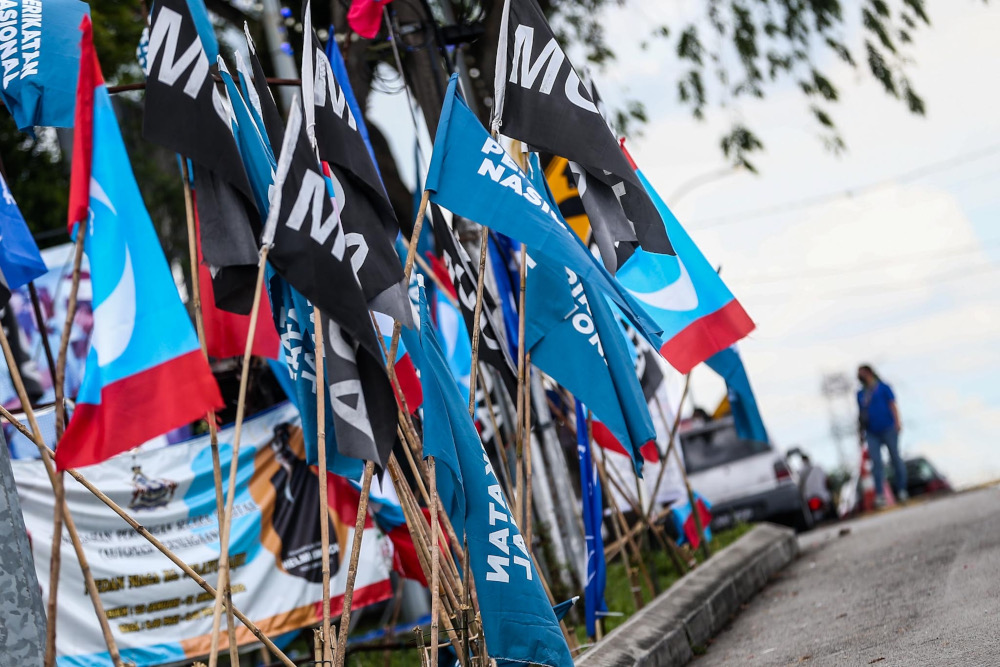 A flag war between the parties contesting in the 15th Johor state election in N44 Larkin, Johor Baru, March 9, 2022. — Picture by Hari Anggara

The Opposition also lacked clear campaign messaging that resonated with voters compared to BN’s “Stability For The Future” slogan.

PH, PKR and their ally Malaysian United Democratic Alliance (Muda) all had different rallying cries, while the call to reject corruption was also used by PN and Pejuang, which made it hard for fence-sitters and anti-BN voters to decide who to back.

This could also be the reason why a substantial number of eligible voters stayed away from the polling station yesterday.

It said this was in part due to the anticipated depressed turnout among Chinese voters, and PN’s ability to draw away Opposition Malay votes but not enough to win; thus, handing BN the advantage.

Preliminary exit polls showed that a similar number of voters (1.4 million) came out to cast their ballot yesterday as the 2018 general election (1.3 million).

2. Najib was a crowd favourite despite his 1MDB-related convictions 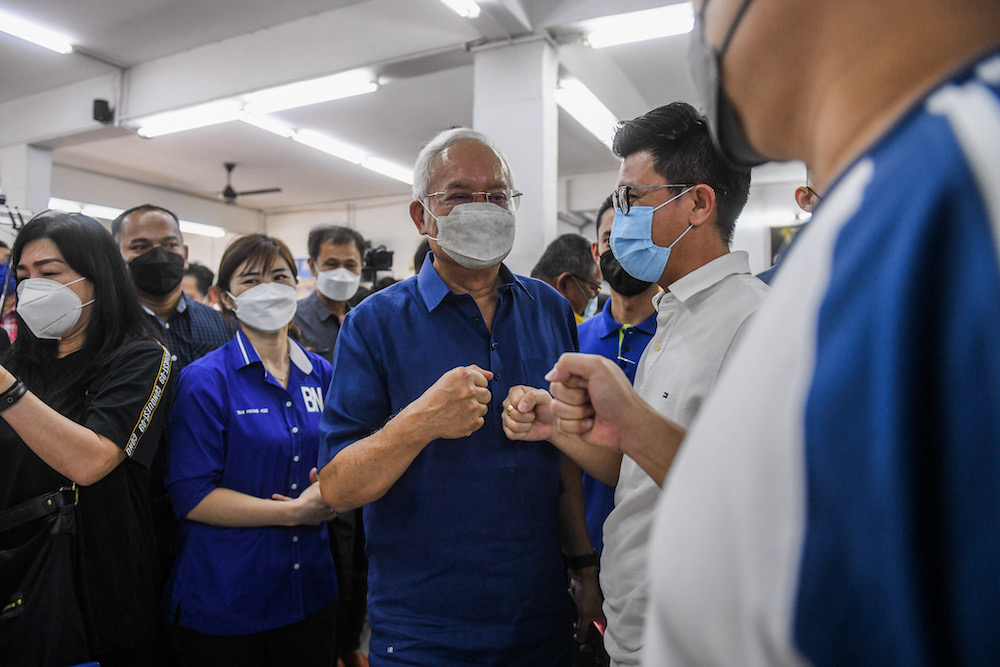 Najib’s calculated appearances throughout the campaign period brought out the crowds in almost every district that he visited.

Leveraging on his social media popularity, Najib’s promotional team tried to paint him as a popular, down-to-earth leader who was happy to campaign at hawker centres and coffee shops.

PH, PN and Pejuang brought up his multiple graft convictions in almost all of their ceramah — but it would seem the voters didn’t care as BN seats retained their core supporters, who more importantly, went out to cast their votes for the coalition.

This was proven by the fact that BN only saw an increase of about 3 per cent in its popular vote since 2018, but at the same time, managed to gain 21 more seats yesterday.

3. Yet another wake-up call for PKR?

In the coming weeks, PKR’s decision to contest under its own flag will be debated, discussed and deliberated among its leaders, members and supporters.

This was the fourth state election in a row where PKR has performed poorly, losing all but one of its seats.

This will likely amplify the discontent among PKR’s allies that threatens once-revered Opposition Leader Datuk Seri Anwar Ibrahim’s leadership of PH and spell more problems for the “big tent” approach.

Since the Sabah state election in 2020, the call for Anwar to step down among PKR’s allies has grown louder, and even possibly more urgent now following yesterday’s drubbing.