Muda president Syed Saddiq Syed Abdul Rahman speaks at the party’s launch ceremony at the Connexion Conference & Events Centre in Kerinchi, February 11, 2022. ― Pictures by Hari Anggara
Follow us on Instagram, subscribe to our Telegram channel and browser alerts for the latest news you need to know.
By R. LOHESWAR

KUALA LUMPUR, Feb 19 ― The Malaysian United Democratic Alliance’s (Muda) strong online presence has led established rivals to take it seriously, but analysts said it remains to be seen if virtual influence will translate to actual ballots when the party contests its first election in Johor next month.

Aside from the party’s age — formed in 2020 and just registered December last year — they said Muda’s core message of youth leadership and empowerment was still ahead of its time in conservative Malaysia.

“If there is a mental weakness that Malaysians, irrespective of race and religion, can't overcome, is this almost innate distrust of the young's judgment.

However, he suggested that two recent developments, Undi18 and automatic voter registration, could help Muda claw back the deficit.

The lowered voting age of 18 came into effect on January 16 this year, instantly adding 1.2 million voters between 18 and 21 years’ old to the electoral roll.

Since its registration late last year, Muda’s adept use of social media platforms has allowed it to amplify its reach, drawing the attention of both allies and rivals.

This culminated in an agreement with the Pakatan Harapan (PH) parties of DAP and Amanah to give Muda six seats to contest in the premature Johor state election, which will also be the electoral debut of former youth and sports minister Syed Saddiq Syed Abdul Rahman’s party after leaving Bersatu.

According to Singapore Institute of International Affairs senior fellow Oh Ei Sun, the six seats were a generous allocation for the “untested” party.

While saying it was not immediately clear what DAP and Amanah’s strategy was in yielding the six seats to Muda, Oh called it an adequate allocation for the new party.

“If they get additional seats like the urban Malay seats it’ll be asking a lot of them to win as PKR would likely contest these seats and win,” said Oh.

Muda president Syed Saddiq Syed Abdul Rahman confirmed on January 29 that it will contest in the Johor state election, saying it would be a new beginning for the party aiming to reform the state.

At the moment, the party is expected to contest at least in Tenang, Bukit Kepong, Parit Raja, Machap, Puteri Wangsa and Bukit Permai but may appear in more, depending on its negotiations with PKR.

Senior Fellow at Nusantara Academy for Strategic Research Azmi Hassan said he felt Muda could win in four seats if PH supporters could be convinced to back it.

“There’s a good chance Muda will create a surprising result in the current seat line-up and I am not sure if they will accept the three PKR may offer them.

“They can get the votes from the youngsters, the majority of whom are anti-establishment meaning they do not like the current setup of Umno and Barisan Nasional. They however will need a larger voter turnout, as we have seen in Melaka and Sarawak that if few voters turn up, most likely they won’t be able to win,” Azmi said when contacted. 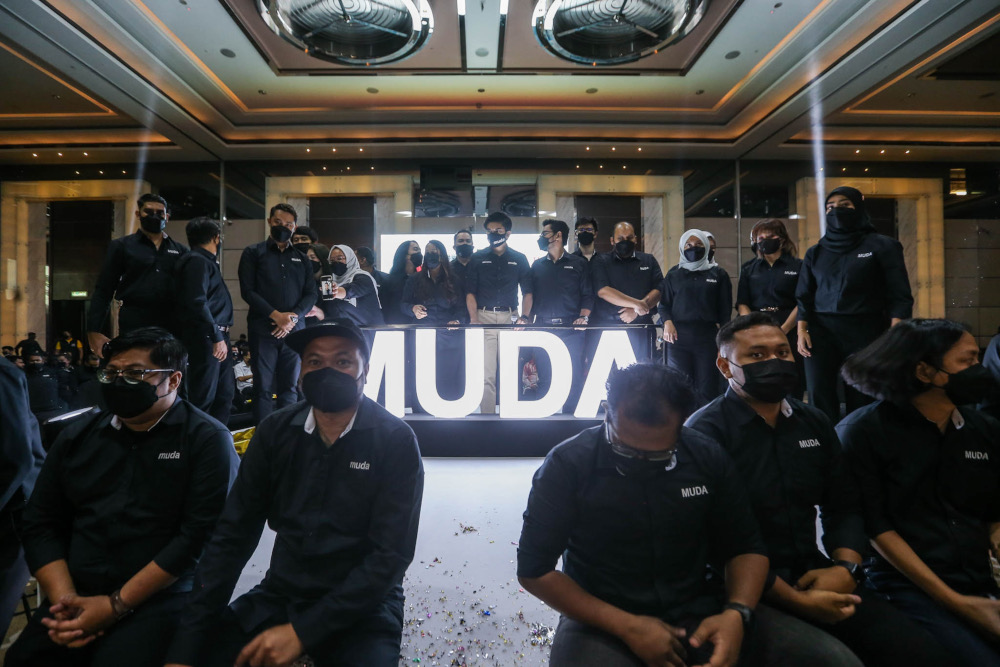 Concerned with Covid-19, voters have stayed away from elections such as in Melaka and Sarawak last year that saw turnouts of just 65 per cent and 60 per cent, respectively.

Johor is expected to see a similarly low turnout, due in part with the election coinciding with the projected peak of the wave of Covid-19 infections stemming from the Omicron variant.

The proximity to the just-concluded Chinese New Year holidays may also deter out-of-state voters from returning for the Johor election, which would further harm the turnout on March 12.

Azmi also suggested that the 18-21 age group of voters could also be among those not motivated enough to return home to vote, reducing Muda’s chances for success.

“If Johor has a low turnout like Melaka then the majority who will go out to vote will be the hardcore BN supporters. These are veteran supporters who have been there for some time and since Johor is synonymous with Umno their core supporters will go all out,” said Azmi.

Muda was unlikely to be the only victim of the lower turnout, however, with Oh predicting that traditional PH supporters could likely continue abstaining from voting in protest of the coalition’s memorandum of understanding with Prime Minister Datuk Seri Ismail Sabri Yaakob’s government.

He said some PH supporters saw this as the coalition abdicating its duty as the Opposition, and have been punishing it by withholding support.

“A lot of their supporters do not feel comfortable with them therefore they stayed at home as they couldn’t bring themselves to vote for BN,” said Oh.

“So, it remains to be seen if Muda can hedge on these voters and how well they can succeed. Are the Undi18 cohorts really all in for Muda? I am not sure yet.”

According to Fauzi, Muda’s actual level of influence may be confounded by the party’s high profile online, but he believed the party has genuine appeal, particularly among the youth that were its core target audience.

“Very difficult to tell, given that first time voters are usually volatile and hence unpredictable. But I don't think Omicron is good enough a reason to persuade youngsters to stay at home during their baptism of fire day.

“Muda's advantage is its lack of baggage: a trait shared by their potential voters from among the newly enfranchised youth,” he added.

The Election Commission has set polling day for Johor on March 12, while early polling is on March 8. Nomination day has been set for February 26.

A premature state election was triggered in Johor last month when then mentri besar Datuk Seri Hasni Mohammad from Umno sought the dissolution of the state assembly despite still holding a one-seat majority.

HR minister: Job scam cases will not affect discussion to bring in workers from Cambodia

Mara: RM2m allocated for Bumiputera students as of August

HR minister: Job scam cases will not affect discussion to bring in workers from Cambodia

Mara: RM2m allocated for Bumiputera students as of August