Datuk Seri Najib Razak is pictured leaving the Kuala Lumpur High Court November 10, 2021. — Picture by Meira Zulyana
Follow us on Instagram, subscribe to our Telegram channel and browser alerts for the latest news you need to know.
By IDA LIM

KUALA LUMPUR, Nov 17 — The government-owned 1Malaysia Development Berhad’s (1MDB) directors would sign off on key decisions such as investments without asking much if they see that then finance minister Datuk Seri Najib Razak had already given approval as the MOF Inc-owned company’s shareholder, the High Court heard today.

Tan Sri Ismee Ismail, a former director of 1MDB, claimed that this was how the 1MDB board would respond when the usual order — of the board approving first before Najib gives his approval — had been reversed or is upside down.

Testifying as the 13th prosecution witness in Najib’s trial involving more than US$2 billion (RM8.3 billion) of 1MDB funds, Ismee explained matters such as investments, appointments, opening of bank accounts are usually brought to the 1MDB board for discussion in a meeting before decisions are made.

Ismee however said there were times when matters were not raised in 1MDB board meetings, but were instead circulated to directors and finalised through a directors’ circular resolution (DCR) when quick decisions were needed without going through a board meeting.

Instead of physically meeting together, the directors would be putting down their signature to a DCR if they agreed to the proposed resolution.

Most of the decisions that were made through DCR involve matters such as investments, appointments and national interest that would require the 1MDB board’s approval, Ismee explained.

Ismee said he would usually be notified a day or two about a DCR before it is brought to him to be signed, and that this was usually handed over to him by 1MDB management, namely either 1MDB’s then CEO Datuk Shahrol Azral Ibrahim Halmi, chief financial officer Azmi Tahir, chief investment officer Vincent Koh, or legal counsel Jasmine Loo.

“In my view, if this DCR is brought to me by individuals from management, it would already be within the knowledge and control of Datuk Seri Najib, and I myself have no reason to suspect any wrong intentions or actions,” the 57-year-old said.

Ismee said he would always ask the 1MDB management — usually the CEO or CFO — about DCRs presented to him for signature, such as whether the appropriate steps had been taken or whether evaluation had been made.

Ismee said he had on several occasions asked the 1MDB board of directors’ chairman to verify the matter especially if the DCR relates to big decisions.

On several occasions where he saw that the 1MDB board of directors’ chairman had already put down his signature on a DCR, Ismee said that he would ask the 1MDB management about the board chairman’s decision before signing the DCR himself.

“The DCR is a process that translates into all of the board of directors having agreed with a resolution before it is brought to the higher level which is approval of the shareholder which is Datuk Seri Najib through Ordinary Resolution and Special Right Redeemable Preference Shareholders Resolution (SRR),” he said, referring to the process where the 1MDB board would give approval first before it is sent to Najib to seek for the 1MDB shareholder MOF Inc’s approval. 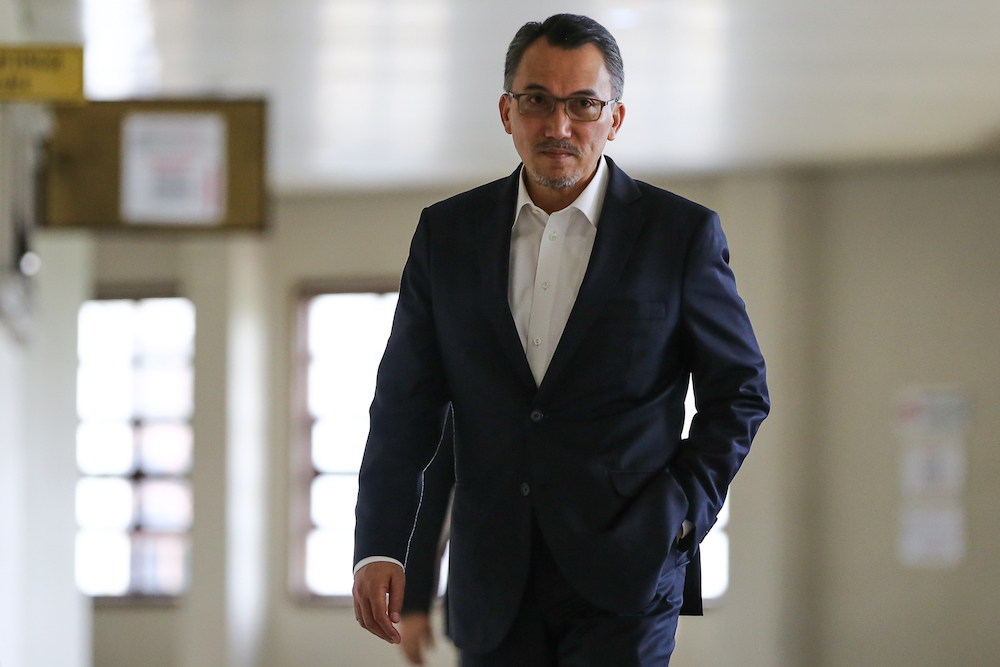 What happens when it is topsy turvy?

Ismee said, however, there were situations where Najib had allegedly signed his undated approval first on behalf of 1MDB’s shareholder, before the 1MDB board of directors had even signed their approval.

“However, as far as I recall, there were also several DCRs which I signed with reference to Ordinary Resolution and SRR that were already signed by Datuk Seri Najib without dates. This gives the meaning to the board of directors that those resolutions had already been approved by the highest quarter in 1MDB which is Datuk Seri Najib,” he claimed.

In such situations, Ismee said that the 1MDB directors would then be putting down their signatures on the DCR only to “complete the process”, since it had already been agreed by the 1MDB board of adviser’s chairman Najib himself.

Ismee said that he recalled that almost all of the DCR which required SSR or shareholder’s approval fell under this situation, with Najib allegedly having already signed the SSR before Ismee signed the DCR.

Ismee said this was also in line with Article 117 in 1MDB’s Memorandum and Articles of Association (M&A) or company constitution, and that all 1MDB directors were aware of this.

“We will not question Datuk Seri Najib’s decision as chairman of board of advisers to 1MDB. Therefore, I will not hesitate to sign the DCR when I see Datuk Seri Najib has signed the SRR,” he said.

Ismee today went through several financial or investment decisions by 1MDB which he claimed Najib had already signed his approval on, before DCRs on the same matters were given to Ismee.

Article 117 was inserted into 1MDB’s M&A, with Ismee saying that it gave power to the prime minister as the chairman of 1MDB’s board of advisers in respect of the appointment and dismissal of senior management, and financial matters or investments relating to national interest.

Article 117 of the M&A states that the prior written approval of the prime minister was required for any amendments to the M&A, for the appointment and removal of the company’s directors and senior management team.