State Local Government and Housing Minister Datuk Masidi Manjun said, the Serudung Baru Cluster in Mukim Balung area, Tawau, is linked to a party held at the house of the index case, a 60-year-old man and his family members were at the event on June 12.

He said the man tested positive for Covid-19 on June 16 at the Apas Balung Health Clinic after experiencing symptoms since June 13.

“Following close contact screenings on June 20, nine people who were among guests at the party tested positive for the virus. To date, nine more positive cases have been recorded, bringing the cumulative total for the cluster to 19,” he said in a statement tonight.

Meanwhile, the Sabah Covid-19 spokesman said a 35-year-old male supervisor has become the index case of a new cluster involving a group of oil rig workers at the KIKEH FPSO Platform where he worked.

Masidi said the index case of the Samedra Cluster in Kota Kinabalu started showing symptoms on June 12 and was confirmed positive after undergoing screening at a private clinic on the same day.

“Another 24 of his colleagues were later confirmed positive, bringing the cumulative cases to 25.

Overall, Masidi said 166 new cases were recorded in Sabah today, bringing the cumulative total of Covid-19 cases in the state to 67,707, with two deaths reported in Tawau.

The state recorded 265 recovery cases bringing the cumulative total to 65,238, while 1,586 patients are still receiving treatment of which, 468 people are in hospitals; Quarantine and Low Risk Treatment Centres (1,116) and Detention Centres (two), he said. — Bernama 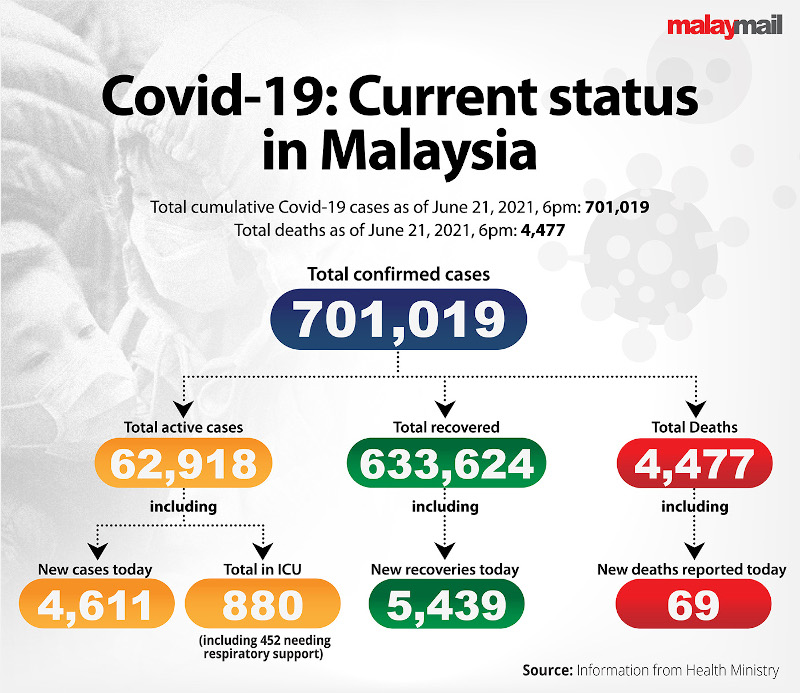