Cowboys Food Truck’s Yellowstone Platter, featuring hour-slow-smoked beef brisket and pulled lamb, one of their best sellers on the Beepit app. — Picture courtesy of Cowboys Food Truck
Follow us on Instagram, subscribe to our Telegram channel and browser alerts for the latest news you need to know.
By KEERTAN AYAMANY

KOTA KINABALU, June 13 — With the third movement control order (MCO 3.0) in full force (and extended another two weeks), businesses in the food and beverage industry have had to either adapt or cut their losses to try and survive.

Ku Nizar of Cowboys Food Truck said that with food truck parks closed, he’s moved operations to a kitchen in SS18 Subang Jaya, from where he does delivery or self-pick up orders.

“The thing to remember is that prices have gone up significantly, about 10 to 15 per cent from the first MCO.

“For example, a 17 kilo commercial barrel of cooking oil used to be RM68 in April 2020, but now costs RM88. Logistics costs have gone up too.

“In addition now you have so many food outlets on delivery apps, you lump everybody into the same pool... so it’s tough,” he said, explaining that smaller establishments like his have a much harder time being seen on the apps.

He said that after a short stint on a major food delivery app, he quickly realised that the commission taken by the platform providers is too high, so he then took his business to Beepit — a much newer application that charges lower rates.

Ku Nizar said that on average, Beepit charges from five to 12 per cent including transactional costs — much lower compared to the 30 per cent commission charged by more popular apps.

“Nowadays we have also stopped ordering produce in bulk from suppliers, and are buying from supermarkets instead. Although the prices are higher, at least this way we aren’t wasting anything,” he said. 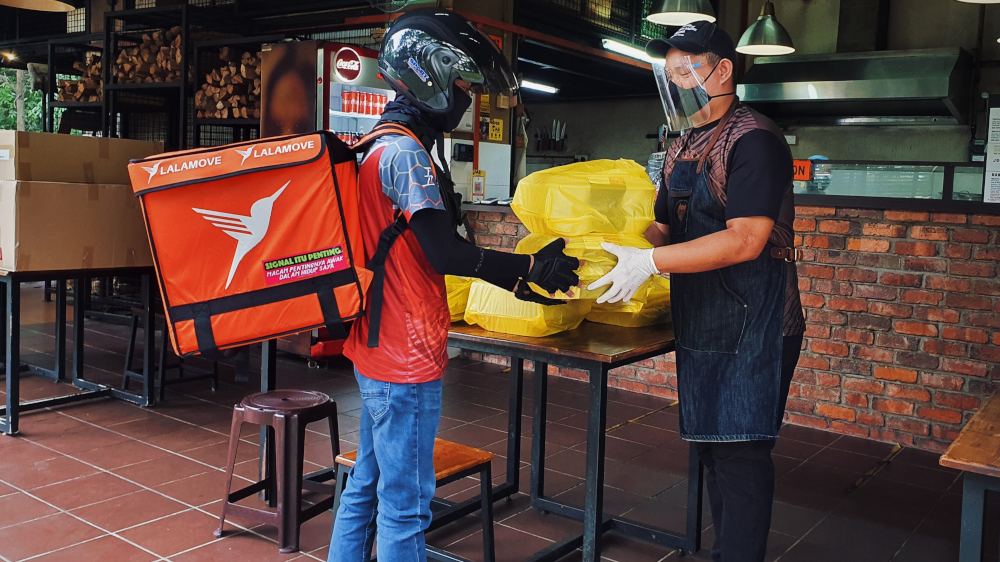 Afif Ter from Beard Brothers BBQ also faced the same problem with popular food delivery apps, so he decided to go a different route — directing orders to their own website.

“We used to be on Foodpanda and AirAsia delivery apps but we decided it would be best to go directly to our customers. We find the commission business model of these platforms to be unsustainable for us.”

The BBQ joint has since created an online front for their restaurant on beardbrothersbbq.com where customers can opt for both delivery or self pick up options.

“We have cut certain items out of the menu, and are focusing on popular items as well as what is easy to reheat and transport,” he said.

On its sister site, beardbrothers.com.my, customers can also find BBQ supplies such as fire wood and meat kits.

The closure of restaurants also has a domino effect on the supply chain.

A meat supplier told Malay Mail that his company’s inventory was jammed with perishable products as a result of restaurants closing down.

“High-end steaks had to be cleared off inventory at a loss to prevent spoilage, sometimes at less than half the price,” said the supplier.

“We also tried our best to push these cost savings to restaurants. But the takeaway business is just not running the volumes to clear the inventory as the demand for takeaways is a lot lower than dine-ins.

“This applies to a lot of other fresh produce from other importers as well that are brought specifically for restaurants. Such as fish, vegetables, and other produce,” he added.

MCO 3.0 began in six states on May 5, after a steady rise in Covid-19 cases, placing moderate restrictions on businesses and travel, including the dine-in ban.

Despite these restrictions, Malaysia began recording over 7,000 new cases a day in late May, and the government announced that a “full lockdown” would be in place from June 1 to June 14, which has since been extended to June 28.

As of yesterday, daily cases have dropped to 5,793, showing some small signs of recovery.