KUCHING, May 31 — The State Disaster Management Committee (JPBN) has decided to streamline the date of the implementation of the movement control order (MCO) statewide until June 14 compared to June 11 as previously announced.

JPBN, in a statement today, announced that the general standard operating procedures (SOP) issued by the National Security Council (MKN) had been scrutinised and it had taken the decision to continue implementing the existing MCO by adding several conditions.

“They include changing zones in MCO areas to district, a limit of two persons in a private car including the driver as well as additions or amendments to the essential service list,’’ said the statement.

Meanwhile, JPBN also decided to implement the enhanced movement control order (EMCO) for 12 days at 12 localities from June 2 to 15 following a spike in Covid-19 cases in the areas concerned.

Today also saw Sarawak recording its highest fatalities with 10 deaths while the total positive Covid-19 cases in the state now stands at 47,329 after 645 new cases were reported. 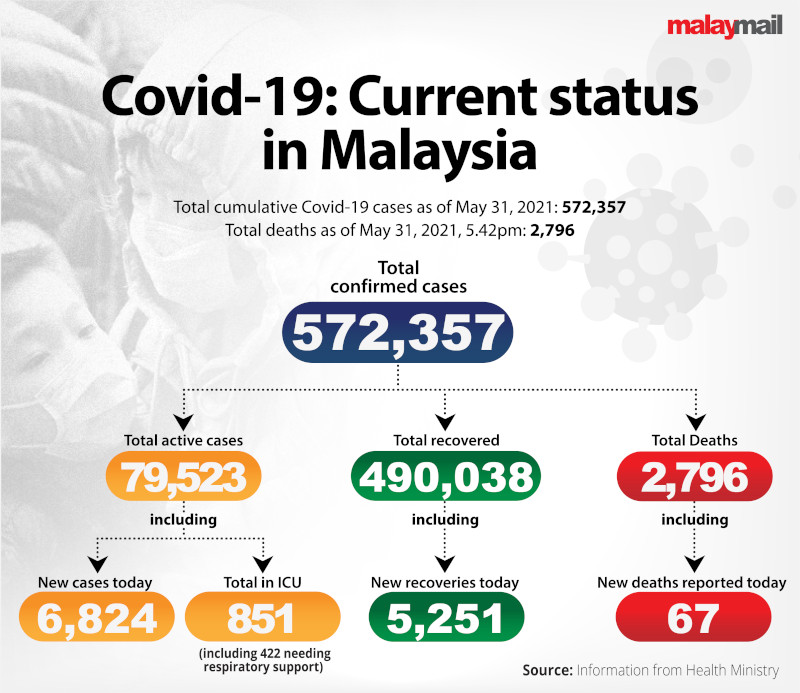