On 110th day of waiting for home minister’s decision, Syed Saddiq’s Muda allowed to proceed with lawsuit on party registration

Muda’s pro tem vice-president and lawyer Lim Wei Jiet speaks to reporters at the Kuala Lumpur High Court April 27, 2021. ― Picture by Hari Anggara
Follow us on Instagram, subscribe to our Telegram channel and browser alerts for the latest news you need to know.
By IDA LIM

KUALA LUMPUR, May 25 — The High Court today decided that it will hear a lawsuit by former minister Syed Saddiq Syed Abdul Rahman’s Malaysian United Democratic Alliance (Muda), which the party had filed last month in a bid to be officially registered by the government as a political party in order to contest in general elections.

Lawyer Lim Wei Jiet, who is also one of the 13 Muda co-founders or “sponsors” in the lawsuit, said the High Court had decided this through a hearing conducted via email earlier today.

While confirming that the judge did not give reasons for the decision, he also said the Attorney General’s Chambers — which was represented today by federal counsel Kogilambigai Muthusamy — did not have any objections to Muda’s application for leave for judicial review.

This means that the High Court judge will proceed to hear Muda’s lawsuit — which was filed via a judicial review application — on a date to be fixed.

The lawsuit will come up for case management next on June 8.

This lawsuit by Muda’s 13 co-founders including Syed Saddiq and Lim was filed on April 26 in the High Court in Kuala Lumpur against the home minister and the Registrar of Societies (RoS).

In this lawsuit, Muda is seeking for a court order to compel the home minister to decide on Muda’s appeal against the RoS’s January 6, 2021 decision to reject its application to be registered as a political party within seven days from the court order, and is also seeking for the court to award compensation.

This is Muda’s second lawsuit in its long journey since September 2020 to seek for official recognition by the Malaysian government as a political party.

Muda’s efforts started with its September 17, 2020 written application to the RoS to be registered as a political party.

After waiting for more than three months for RoS’ decision on its application, Muda had on December 21, 2020 issued a letter of demand to RoS.

Muda was preparing to file a lawsuit against RoS when the latter finally decided on January 6, 2021 to reject the party’s application for registration as a political party.

On January 12, 2021, Muda via its 13 co-founders filed its first lawsuit — also via a judicial review application — against the home minister and RoS to challenge the registration rejection, and sought for court orders to be registered as a political party and to seek compensation.

On February 4, 2021, High Court judge Datuk Seri Mariana Yahya dismissed Muda’s application for leave for the judicial review to be heard, ruling that Muda had yet to exhaust its remedy of appealing under Section 18 of the Societies Act 1966 to the home minister.

Muda had immediately on February 4 then filed an appeal to the home minister against RoS’s January 6 decision to reject its application to register as a political party.

Including today, it would be more than three months or nearly four months since Muda’s February appeal to the home minister against RoS’s rejection of its registration application. 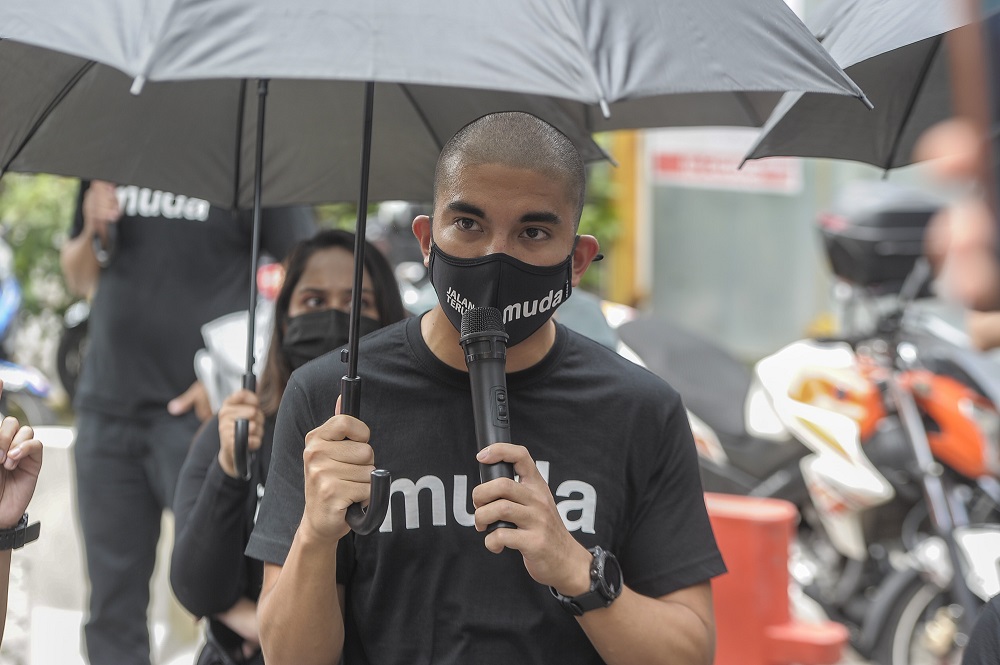 In an April 26 affidavit by Lim in support of Muda’s current lawsuit against the home minister and RoS, the Muda co-founder listed the chronology of events since the party started its registration efforts in September 2020 and since its February 4, 2021 appeal to the home minister via RoS.

Among other things, Lim listed the RoS as having on February 5, 2021 explained the Muda constitution provisions that needed amendments, and also the requirement for Muda co-founders to be listed according to their current residential address (instead of the address in their identity cards) to fulfill the conditions for registration as a national organisation with co-founders from at least seven states.

Lim noted that Muda had in a February 8, 2021 letter to the RoS and home minister said it had made the necessary constitution amendments and added three additional co-founders from Sarawak, Pahang and Kedah to ensure the party had representatives from at least seven states.

On February 11, RoS had asked for a copy of the identity cards of all Muda co-founders and was supplied with the documents on the same day by Muda.

Lim said that RoS had on February 24 responded to Muda’s query by saying it was in the process of getting security comments or vetting the three additional co-founders, but noted that both the RoS and home minister did not respond when asked by Muda between March 3 and March 12 via email for updates on the security vetting.

Lim said the RoS director-general had on March 21 emailed to notify that Muda’s appeal against the RoS registration rejection had yet to be forwarded to the home minister, as RoS was still waiting for comments on the security vetting of the three additional co-founders.

Lim said Muda’s lawyers had on March 25 delivered a letter of demand to the home minister and RoS to demand for a decision on the appeal to be registered as a party within seven days of the letter.

On April 6, Muda’s lawyers received a letter from RoS dated March 29, where the RoS said it was processing Muda’s appeal.

“This letter dated 29.3.2021 is the latest we have received from RoS,” Lim told Malay Mail today, confirming that both the RoS and the home minister had not communicated with Muda over the party’s registration appeal since the letter dated March 29.

Following these events, Muda had on April 26 filed this current lawsuit.

Among other things, Lim had pointed out RoS’ own client charter of registering new non-political organisations that complied with the Societies Act within five working days as a benchmark, noting that ruling coalition Perikatan Nasional was registered in three days and Pertubuhan Pribumi Bersatu Malaysia was previously registered in about 30 days.

He argued that the RoS’s and home minister’s delay in deciding on Muda’s appeal was unreasonable, irrational and arbitrary, and had also considered irrelevant matters such as the security vetting of Muda co-founders which was not required under the Societies Act, and that the same delay had violated Muda’s co-founders’ rights to freedom of association and freedom of speech, and also violated voters’ constitutional rights.

He said Muda would not be able to put candidates in elections under its own party symbol if disallowed to register as a political party and that this would deny voters’ right of choice, noting the urgency to be registered to prepare for the 15th general election.