The tenders for the car plate numbers started on 13 February 2021 — which means you won’t have long if you want to get your hands on them. You’re able to bid on them on the JPJeBid website, but you’d need to register for an account first if you haven’t. You can also download their app (iOS, Android). 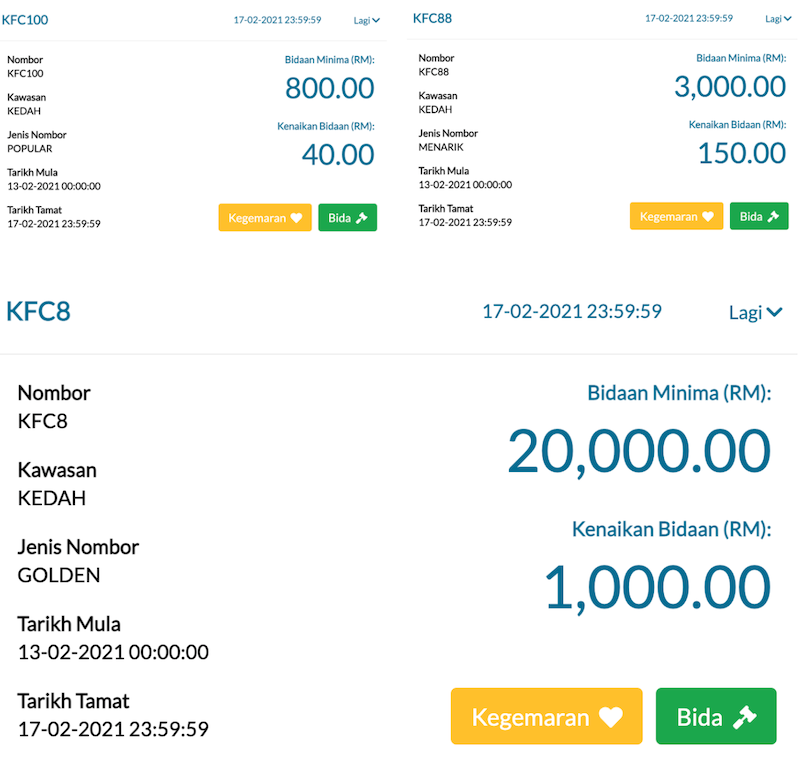 Less attractive numbers like KFC4543 has a minimum bid of RM300. To bid, just press “Bida” and you’ll be guided to a page where you’d need to pay a booking fee of RM10.

“The winners of the bids will be announced 24 hours after the end date and time — which is on Thursday,” said JPJ Kedah’s Deputy Director Abdul Tolib Ahmad.

He also said that the numbers available for bidding are numbers 2 until 9999 for their “special” KFC car plates. The plates are expected to be extremely popular, as JPJ Kedah managed to obtain more than RM1.2 million from their KFA number plates—synonymous with the Kedah Darul Aman football club. Their KEN number plates obtained RM4.8 million in 2016. — SoyaCincau