So many questions yet no answers, says public health expert ahead of Jan 20 school reopening in Malaysia

The Education Ministry has announced that all schools and educational institutions nationwide will reopen on January 20, including those in areas under the CMCO. — Picture by Yusof Mat Isa
Follow us on Instagram, subscribe to our Telegram channel and browser alerts for the latest news you need to know.
By OPALYN MOK

KUALA LUMPUR, Jan 9 — The recent spike in Covid-19 cases shows that the country is still not ready to reopen schools on January 20, said a public health expert.

AIMST University’s School of Medicine Assoc Professor Dr Saraswathi Bina Rai said the government had been struggling to contain infections and that the situation is now beyond its control.

“Too many issues will arise if all schools are reopened this January 20 and there are still so many questions on allowing students to go back to school physically such as imposing physical distancing in small classrooms and in school buses,” she said during an interview with Malay Mail.

She said there was no mention of whether there will be two school sessions to allow physical distancing in classrooms and how recess time will be handled as students will need to remove their masks to eat.

“There are so many questions and no answers. We are not ready to reopen schools for all students at this juncture,” she said.

The professor, who specialises in public health, said statistics may show fewer Covid-19 infections among children, but they could still act as carriers, bringing the virus home to their parents while also placing teachers at risk.

Dr Saraswathi suggested that the Education Ministry resume classes for the years taking public examinations such as those who are sitting for SPM and STPM this year.

“Let these students resume schooling first as their SPM and STPM were delayed from last year and they should resume first,” she said. Over 10,000 schools, involving about five million students and 400,000 teachers, are set to reopen on January 20. — Picture by Sayuti Zainudin

She said it would be better to start with small groups of students prioritising Form Five, Form Six and Standard Six students.

At the same time, she said it is important for all teachers to undergo basic public health training to prepare them for certain situations, such as how to handle students with symptoms.

“When they start with small groups, they can train and put in place procedures and processes to ensure adherence to SOPs, then they can gradually resume classes for other students over a certain period of time,” she said.

Dr Saraswathi said the Education Ministry must prioritise and focus on what it wants to do instead of announcing the reopening of schools without any proper guidelines and procedures to ensure full adherence to Covid-19 SOPs.

The Education Ministry has announced that all schools and educational institutions nationwide will reopen on January 20, including those in areas under the conditional movement control order (CMCO).

“At this juncture, it appears that schools should remain closed until the curve flattens again,” she said.

She too agreed that schools should reopen for Forms Five and Six with tighter SOPs.

“In the meantime, other years will continue with online learning where possible albeit at a slower pace than nothing at all,” she said.

As for students in areas without internet connectivity, she said textbooks can still remain an important source of knowledge.

Noor Azimah said the Education Ministry should implement a readiness plan on how to reopen schools at different movement control order (MCO) levels such as the CMCO, recovery MCO (RMCO) and enhanced MCO (EMCO).

She said the ministry should have prepared this plan nine months ago when the first MCO started on March 18 last year. 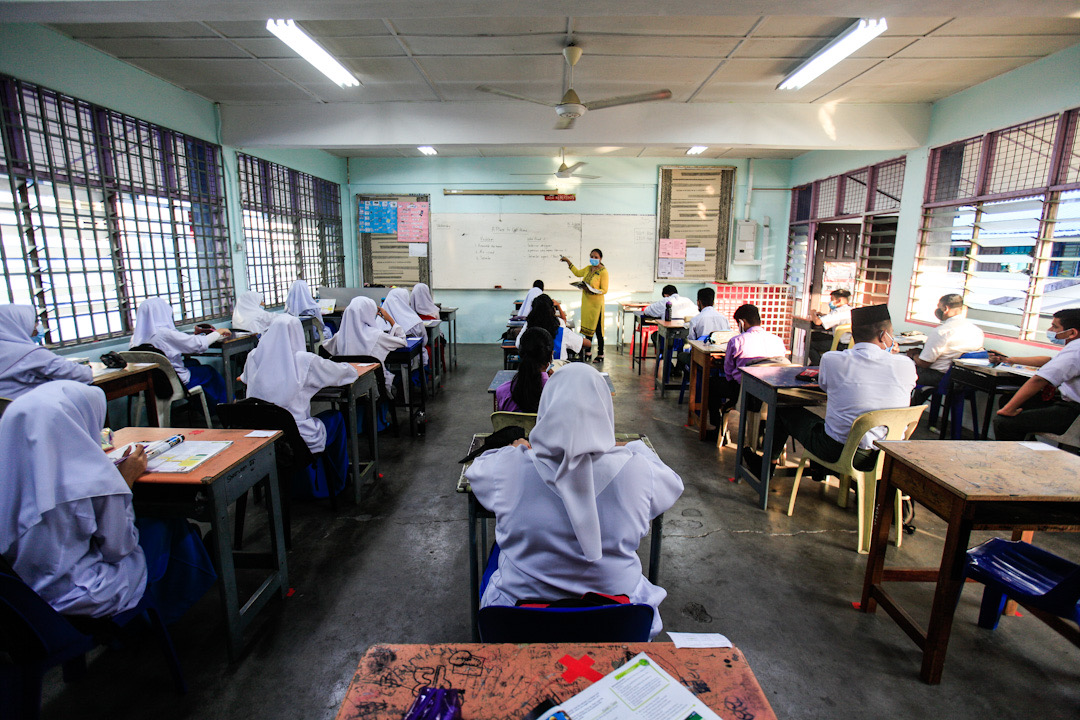 “It is mind boggling that after nine months, teachers, parents, students and the general public are still looking for direction in spite of MKN and MOH daily briefings,” she said, referring to the daily statements from Senior Minister Datuk Seri Ismail Sabri Yaakob and Health director-general Tan Sri Dr Noor Hisham Abdullah.

However, the National Union of the Teaching Profession (NUTP) said the reopening of schools was planned by the Education Ministry since last year based on statistics, data and science.

NUTP secretary-general Harry Tan said the Education Ministry is in regular contact with the Health Ministry and the National Security Council so all teachers will abide by their directives.

“As for Covid-19 concerns, the SOPs are already in place but parents must also play their role in ensuring that the students are safe travelling to and from school,” he said.

He agreed that many are concerned about the recent increase in cases but pointed out that people can’t “stay holed up forever”. 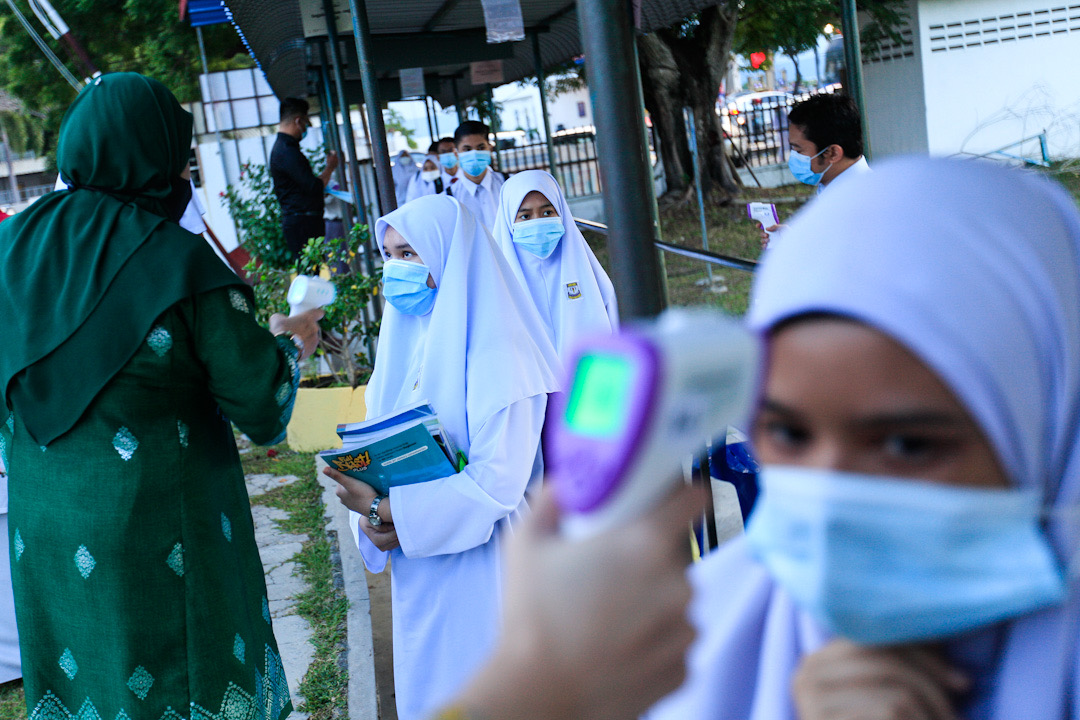 NUTP secretary-general Harry Tan said the Covid-19 SOPs are already in place but parents must play their role in ensuring that the students are safe travelling to and from school. — Picture by Sayuti Zainudin

“We need to carry on with our lives, our education, our economic activities,” he said.

He said students and schools complied with the SOPs during the previous reopening so he believes that Covid-19 was not spread through schools.

“We cannot guarantee that there will be no clusters but we can assure that all SOPs will be adhered to,” he said.

He then echoed the call by Unicef that teachers should be given the vaccines next, after frontliners, so that in-person classes can resume.

As for suggestions on staggering the reopening of schools, he said these concerns should be brought up to the Education Ministry for consideration.