Malaysia Nature Society senior adviser Tan Sri Salleh Mohd Nor speaks during a press conference in Kuala Lumpur September 18, 2020. ― Pictures by Shafwan Zaidon
Follow us on Instagram, subscribe to our Telegram channel and browser alerts for the latest news you need to know.
By SOO WERN JUN

The environmental group said the status for the hill, one of the last sizeable green lungs in the heart of Malaysia’s densely populated capital city, is not known at all whether for preservation or for to be developed for commercial use; it is not shown in the draft as an open space, city park, urban forest, or .

MNS said the ambiguity over the hill’s status in the latest draft contrasts with the recognition of Bukit Persekutuan as an Urban Conservation Forest (UCF) accorded by the Kuala Lumpur City Hall (DBKL) in 2017.

“We were shocked to find out that the hill has been excluded from the draft structure plan.

“By right they should have plans to gazette it as a green lung and heritage site given the history behind it and its biodiversity characteristics,” MNS senior adviser Tan Sri Salleh Mohd Nor told Malay Mail yesterday after a briefing to society members.

MNS wants the 70-hectare hill preserved and gazetted as an urban forest.

In the 1970s, Salleh was former director-general of the Forest Research Institute Malaysia (FRIM), a unit of the Forestry Department.

He fears that property developers will swoop in on Bukit Persekutuan if it remains ungazetted as a green lung.

“Bukit Persekutuan cannot take on any major development due to the nature of its landscape.

“If they do develop it, it would lead to a great loss of biodiversity,” Salleh said.

Since 2008, MNS has asked the government to conserve the entire hill as an urban forest and proposed this be gazetted in the Draft Kuala Lumpur Structure Plan 2040.

The society had been heartened by DBKL’s recognition of the hill in 2017, and is very concerned about the latest exclusion.

It has since submitted its objections of the draft structure plan to DBKL and hopes for an amendment that will keep Bukit Persekutuan as an urban forest, noting the hill’s rich ecological diversity and political history as well as architectural significance being the site of the largest collection of British colonial government quarters pre-Merdeka. 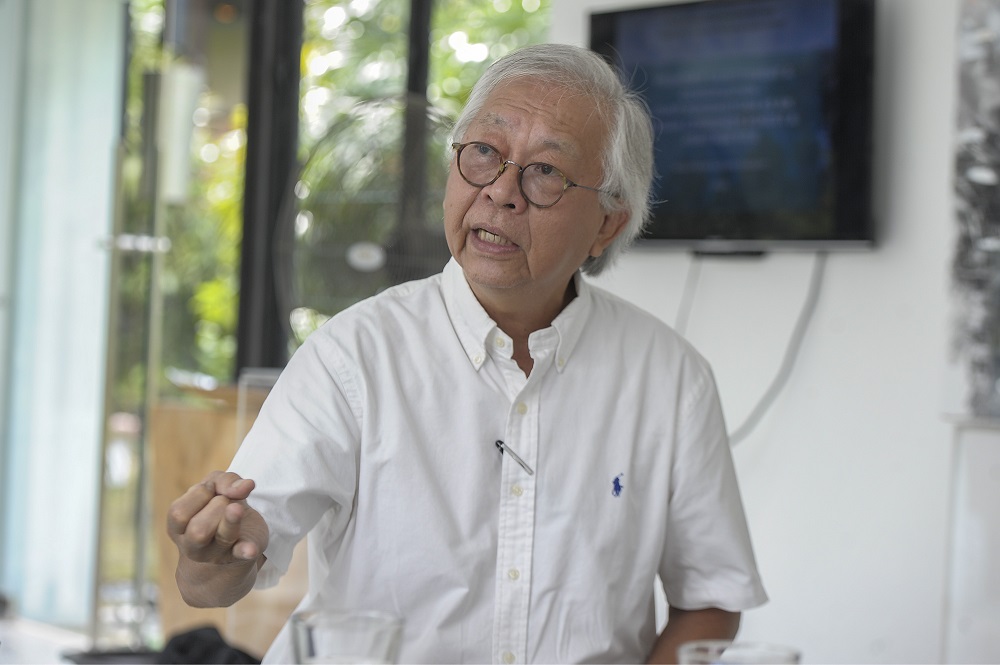 For those familiar with Bukit Persekutuan, roads like Jalan Selangor, Jalan Negeri Sembilan and Jalan Perlis would ring a bell. They were named after the Federated Malay States when the hill was opened in 1896.

Back then, the hill was a government residential area with bungalows for senior officers of the Federated Malay States.

In 1952, the housing scheme was expanded and the whole area was officially named Federal Hill in commemoration of the Federation of Malaya in 1948.

The MNS headquarters is housed in one of these buildings, which dates back to 1921. Known as Rumah Tapir, it is one of the last standing structures located on the hill now with the Malay name Bukit Persekutuan.

“If this piece of history is not preserved, the road names will mean nothing to future generations.

“They will never be able to trace their heritage and the heritage of the country,” said architect John Koh who is also one of the trustees of the MNS board.

Koh said the recent flash floods inundating Kuala Lumpur is symptomatic of overdevelopment in the city.

He said those keen to see Kuala Lumpur become “megacities” like Jakarta and Bangkok should keep in mind those cities are also plagued by congestion woes.

“There will be so much congestion, and in the end it makes the city unliveable,” he said.

MNS warned city planning authorities that overdevelopment on Bukit Persekutuan also meant more traffic going up and down the hill than what its slopes could accommodate, resulting in possible landslides there in future.

MNS has also raised concerns over a proposed massive mixed-commercial development project by SP Setia Bhd on a 20-hectare land formerly the National Institute of Health (NIH), that if the project was approved, it is bound to cause movement underground that would affect homes in the vicinity.

The 20-hectare land plot was previously reported to have been acquired in 2012 by SP Setia in a land-swap deal.

In return, the Health Ministry was promised the construction of a replacement facility of the NIH in the developer’s township in Setia Alam, Shah Alam.

Residents and environmentalists have been up in arms over the development in fear of it encroaching into parts of Bukit Persekutuan ― some say it would be the start of destruction to the hill.

“As it is SP Setia has managed to acquire a small part of Bukit Persekutuan.

“I am very worried,” said Salleh.

Salleh warned that should massive developments take place in the vicinity or in Bukit Persekutuan itself, it will affect the hill's existing infrastructure, and invite landslides.

In addition to preserving Bukit Persekutuan, MNS is also looking to reconnect the hill to two other green lungs (which have been gazetted as such) ― the Royal Botanical Garden and Taman Tugu.

MNS said if this is taken away, the temperature in the city will rise.