The Taman Tun Dr Ismail wet market is cordoned off from the public on May 19, 2020. — Picture by Ahmad Zamzahuri
Follow us on Instagram, subscribe to our Telegram channel and browser alerts for the latest news you need to know.
By AZRIL ANNUAR

KUALA LUMPUR, May 19 — Despite a partial shutdown at the Taman Tun Dr Ismail wet market beginning today till June 1, business still seemed brisk, with many shoppers going about purchasing their daily essentials and preparing for the upcoming Hari Raya festivities.

However, the market's Traders Association chairman, Jenny Loo was still devastated over the Health Ministry’s decision to cordon off some 40 lots in four rows out of around 200 premises, after one of the traders was believed to have contracted Covid-19.

“We have an average of around 2,000 people a day with 3,000 on Sundays. I anticipate today’s crowd to be less than usual. It’s sad. Raya is coming up and I feel sorry for the traders.

“I have received a lot of messages saying that people don’t want to go to the market. We have done everything we thought possible to prevent the outbreak here. For it to hit one of my friends, who does business here, during the CMCO and near Raya, it’s very sad,” said the tearful 68-year-old florist.

She told the Malay Mail that since the first phase of the movement control order (MCO) which began on March 18, the market association had spent around RM12,000 to ensure that Rela members provide security and carry out sanitisation/decontamination procedures.

The market only allows for a single point of entry and exit, which is the main entrance facing Jalan Wan Kadir 1, with steps marked out leading up to the market’s lobby to ensure proper social distancing in a single file.

All other entry and exit points including the ones from the parking bay and the pedestrian bridge have been cordoned off.

At the market’s lobby itself, shoppers must first sanitise their hands before having their temperature checked by a Rela personnel.

If the market is packed, shoppers will then be asked to queue up (one metre apart) in a waiting area before they are allowed to shop after other customers leave the premises. 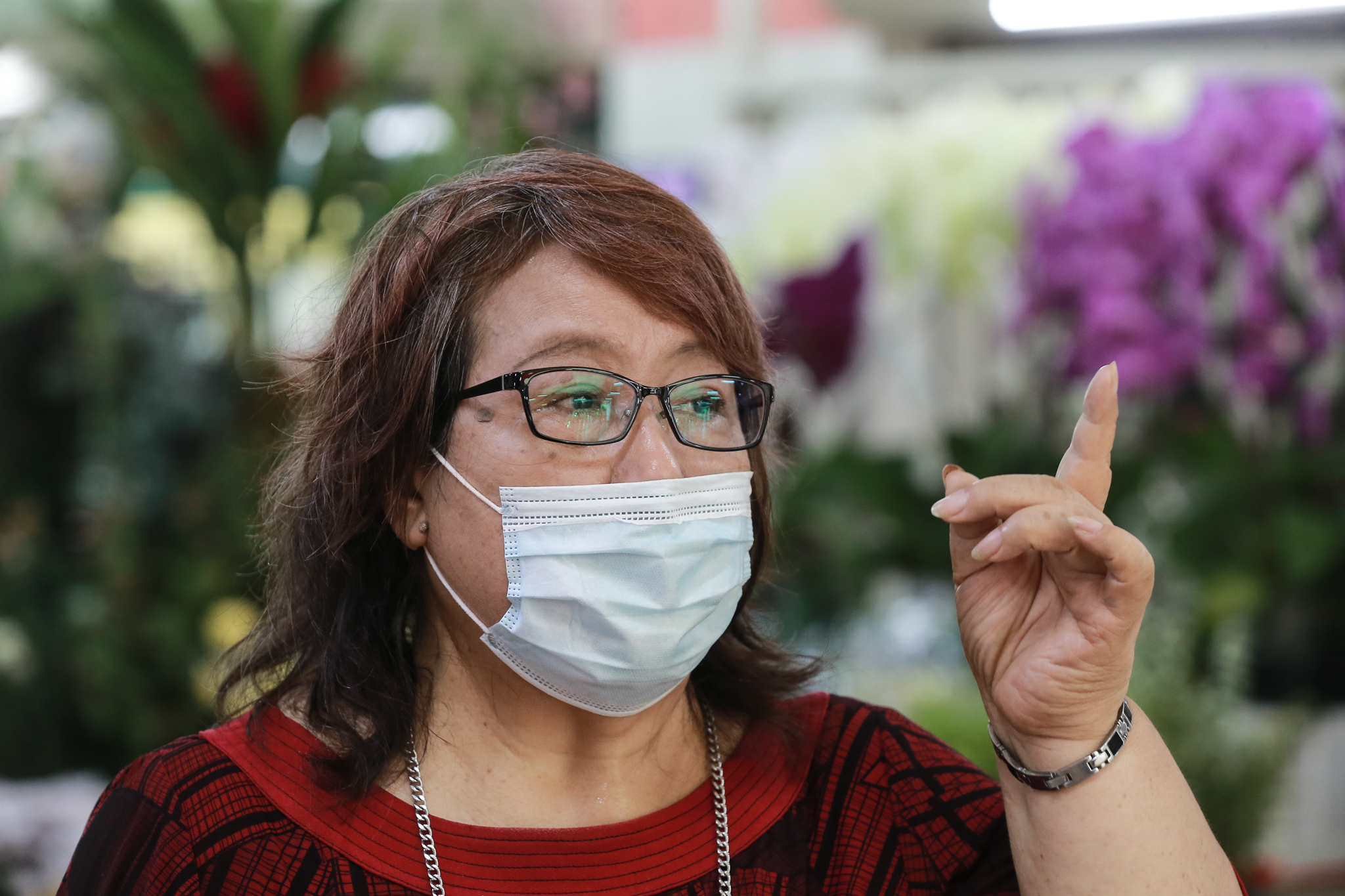 “There are many elderly and retirees living here. Some of our customers who have moved out still shop here. We had also closed the market weekly to do sanitisation and decontamination procedures.

“For this to hit us now, nearing Raya, it’s very sad,” Loo repeated, while maintaining that unlike many other wet markets, the  Taman Tun market is impeccably clean, neat, and tidy — among factors attracting repeat customers.

Some of the market’s patrons, including a 40-year-old engineer said that he has been a regular at the market since 1985, when his parents first took him to the market as a five-year-old living in Damansara Kim.

Even though he has moved out of the neighourhood decades ago, Abdullah Hassan said that the products available in the Taman Tun Dr Ismail wet market is generally of better quality than other wet markets he visited.

“My elderly mother lives in Gombak and I live in Taman Melawati. There are other markets or grocery stores near my house but this is the one that we always go to since I was a child. The fish and other produce here are among the freshest we can find in Kuala Lumpur.

“I realise there was a partial lockdown but my wife wanted me to buy some groceries so she can prepare some Raya dishes. Unfortunately, the things that she wanted me to buy, happened to be in the lockdown area. So, I think I’ll be going home empty-handed. Wish me luck,” chuckled Abdullah.

Another patron, a woman who looked to be in her 50s was not even aware that the market had been placed under partial lockdown.

The woman, who requested anonymity along with her daughter, was stunned and visibly panicked when the Malay Mail reporter told her that one of the traders was believed to have contracted the virus.

“Really? There’s a partial shutdown because someone might have Covid-19? I’m in the high-risk group. Am I vulnerable? Will I be infected now?” the lady asked after going wild-eyed at the news.

She calmed down after the Malay Mail team explained to her that the person under investigation is not at the market today.

The Health Ministry is expected to conduct another round of screening this Thursday for all market traders.