Police personnel conduct checks on vehicles during a roadblock in Section 7, Shah Alam April 15, 2020. — Picture by Yusof Mat Isa
Follow us on Instagram, subscribe to our Telegram channel and browser alerts for the latest news you need to know.
By THASHA JAYAMANOGARAN

KUALA LUMPUR, April 15 — Health authorities were beginning to gain ground against the coronavirus disease (Covid-19) but the progress could be negated by those refusing to abide by the movement control order, said Datuk Dr Noor Hisham Abdullah.

The Health director-general said in his daily Covid-19 press briefing that their worry was based on observations of increased road traffic and nearly 15,000 MCO violation arrests despite repeated reminders for Malaysians to remain home.

“MCO phase three is for a targeted approach and the people adhering to MCO at this phase is very crucial. Unfortunately, from the authorities’ observation and traffic situation past few weeks, it is understood that some quarters are not complying.

“So we (the Health Ministry) are with the Home Ministry on imposing stricter action on these offenders, and we hope with these stricter rules in place it will give a positive impact to flatten the curve.

“We worry these quarters who are not listening will negate the efforts undertaken by all agencies. So I plead for all Malaysians to play their part in breaking this Covid-19 chain,” he said.

Of the total arrested, 5,830 people have been prosecuted in court and six individuals were repeat offenders.

He also said starting today the police will no longer compromise and will haul those arrested straight to court to be prosecuted after an investigation paper has been opened. He said no more compound notices will be issued.

According to Huzir, many of those arrested were unable to provide a reasonable excuse as to why they had left their homes during the MCO.

This follows the announcement made by Senior Minister Datuk Seri Ismail Sabri Yaakob yesterday, saying the police will be focusing less on issuing compound notices to flouters of the MCO and will now book them to be brought straight to court, seeing how many are still defying the MCO.

Ismail Sabri said the decision to charge violators directly instead of issuing compounds was due to the added burden the latter added to the enforcement of the MCO.

Malaysia entered its third phase of the MCO beginning today for a period of two weeks until April 28. 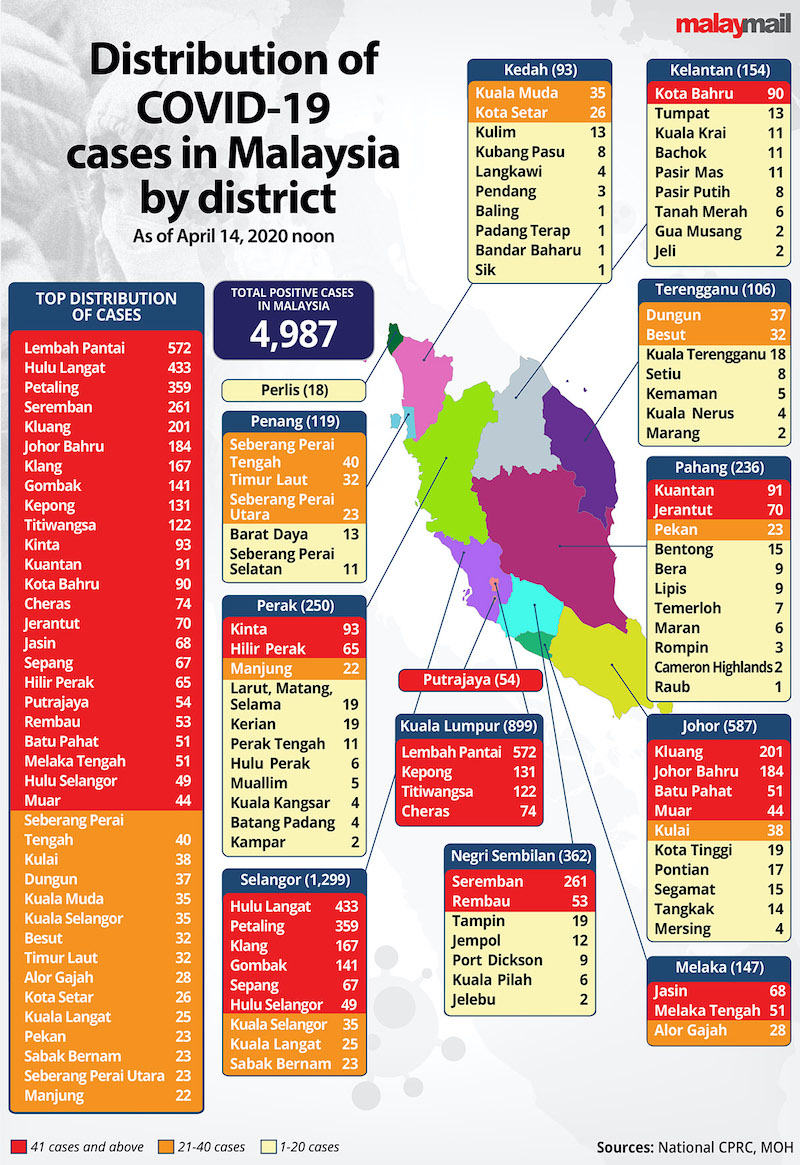