Tun Dr Mahathir Mohamad made a final plea across the aisle for the supermajority necessary to amend the Federal Constitution to allow youths aged 18 and over to stand for elections. — Picture by Miera Zulyana
Follow us on Instagram, subscribe to our Telegram channel and browser alerts for the latest news you need to know.
By IDA LIM

KUALA LUMPUR, July 16 — Malaysian federal lawmakers voted in in the last general election are expected today to debate and hopefully vote on a historic bid to lower the country’s voting age from 21 to 18 years’ old, via a Bill dubbed simply as “Undi 18”.

This Bill was deemed so important that Prime Minister Tun Dr Mahathir Mohamad and Youth and Sports Minister Syed Saddiq Abdul Rahman both personally wrote separate letters appealing for all MPs to vote in favour of the proposed law change.

Even the High Court that is keeping a tight hearing schedule for Datuk Seri Najib Razak’s corruption case recognised the significance of the event, and allowed the former prime minister’s trial to end earlier today to enable him to join in the debates and voting at the Dewan Rakyat, with another replacement trial date if necessary.

But first, what is this “Undi 18” Bill? Malay Mail is here to give you a quick summary of the Bill, which is available on Parliament’s website:

2. What does the Bill propose to do?

The Bill seeks to make tiny changes — but with huge impact — to four clauses in Malaysia’s highest law, the Federal Constitution. 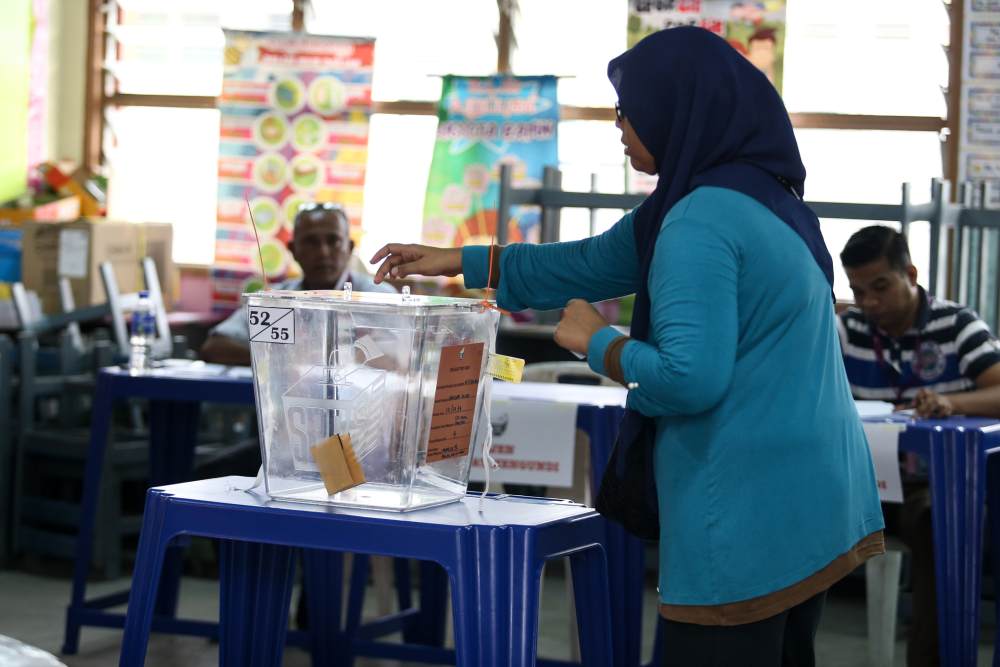 A voter casts her ballot at a polling station in Rantau April 13, 2019. ― Picture by Ahmad Zamzahuri

First, the Bill aims to tweak the Federal Constitution’s Article 119, a provision which covers who is qualified to be a voter.

By replacing the words "twenty-one years" with "eighteen years" in Article 119(1)(a), the Bill proposes to lower the age of a citizen entitled to vote from 21 years to 18 years, which the Bill’s explanatory note says "would allow more Malaysian citizens to vote".

To qualify to vote, a reading of the proposed amended version of Article 119(1)(a) with the existing Article 119(1)(b) and 119(1)(c) would mean every citizen who has reached the age of 18 "on the qualifying date" must also be either a resident or absent voter in the constituency they are voting in, as well as being a registered voter registered in the electoral roll.

"Qualifying date" under Article 119(4)(b) typically means the date when a Malaysian applies to be a registered voter, but the Bill will introduce another innovation.

The Bill wants to change Article 119(4)(b) by replacing the words "applies for registration" with "is registered", which the explanatory note says: "With this amendment, when a citizen attains the age of eighteen years and is qualified to vote, he will be automatically registered as an elector by the Election Commission". 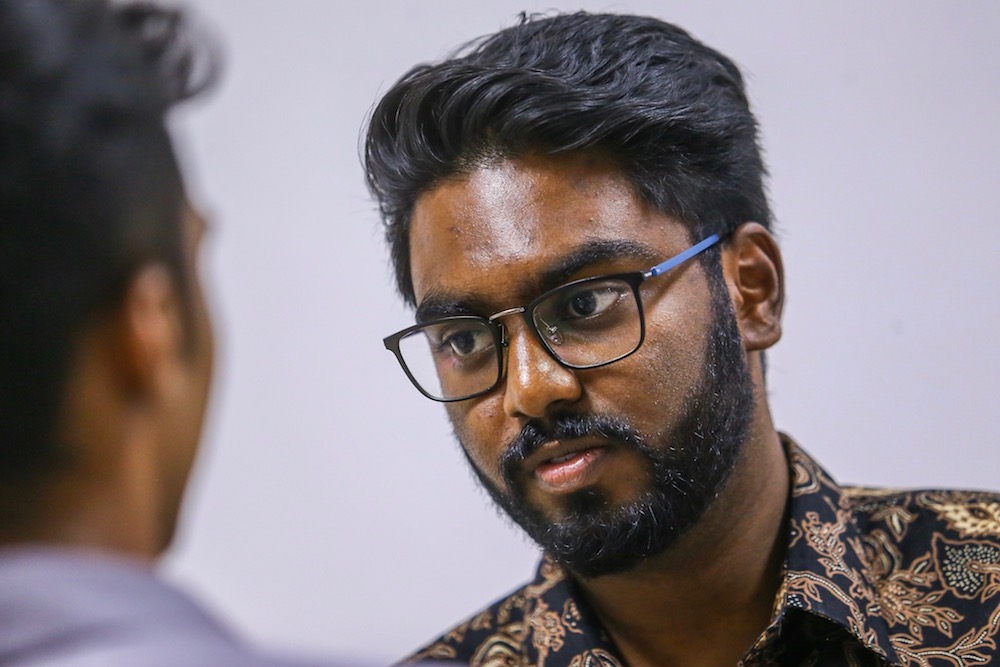 Will the Undi18 Bill mean that Batu MP P. Prabakaran’s record as the youngest MP at the age of 22 will one day be surpassed? — Picture by Hari Anggara

The Bill is not proposing to stop at merely lowering the voting age, but is also suggesting a change to the Federal Constitution’s Article 47(b), again by replacing the phrase "twenty-one years" with "eighteen years".

If the Bill is passed, a Malaysian living in Malaysia will be qualified to be a federal lawmaker in the Dewan Rakyat if he is 18 years’ old, instead of the current 21. (Bonus fact: The minimum age requirement to be a member of the Upper House of Parliament, Dewan Negara, is 30 years old).

The Bill also aims to make the same age replacement in the Federal Constitution’s Eighth Schedule’s Section 5, which will lower the age requirement for a Malaysian staying in a state to be a member of the state’s legislative assembly, dropping it from the current 21 years old to the new qualification of 18 years old.

This means Batu MP P. Prabakaran’s record of being the youngest elected MP at the age of 22 may potentially be broken in the future. The record was previously held by Najib who first became an MP at age 22 as well, although Prabakaran has said a comparison of their birthdays showed he is younger than Najib by a few months.

If you have only one minute to understand this ambitious Bill, here is what it wants to do: Let 18-year-olds vote, register them automatically as voters, and let them qualify to be a federal lawmaker (MP) or state lawmaker (ADUN).

If the Bill is passed with Malaysians automatically registered as voters at the age of 18, the government predicts that 7.8 million new voters will be added by the time the next general election is due in 2023. 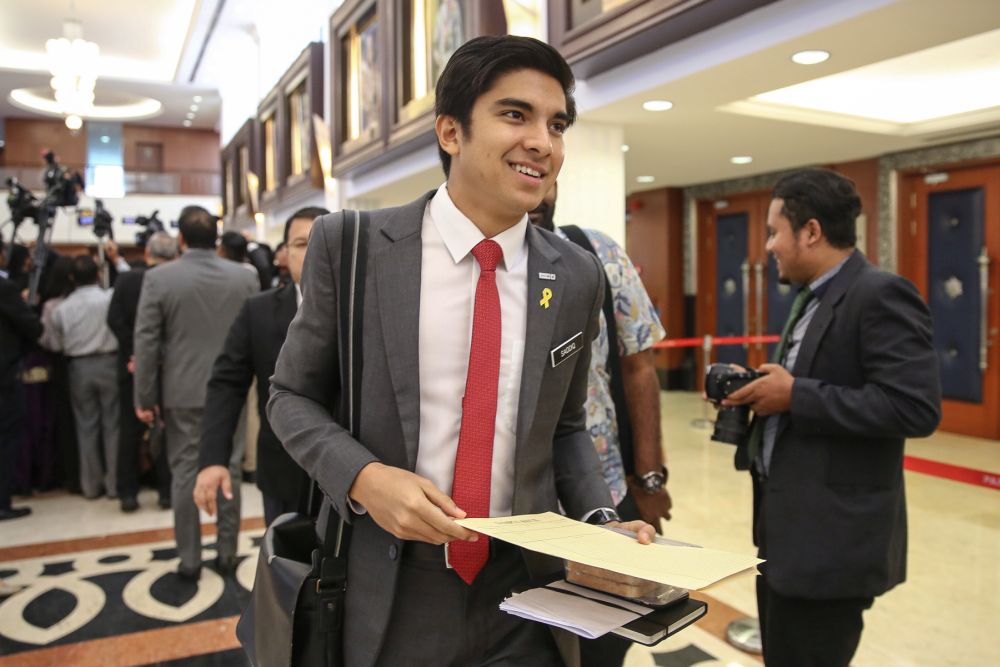 Syed Saddiq Abdul Rahman is the youngest in Malaysia's current Cabinet, becoming youth and sports minister at the age of 25. — Picture by Yusof Mat Isa

Yes, but no one knows how much yet. The Bill’s explanatory note states: "This Bill will involve the government in extra financial expenditure the amount of which cannot at present be ascertained."

(Whenever the government tables Bills for proposed changes to existing laws or to introduce a new law, the Bills usually state whether implementing the proposed new laws would incur cost.)

8. So why should MPs vote for this again?

In his personal message late last month to MPs, Dr Mahathir highlighted that Malaysian youths should be recognised as "partners" in nation-building, and that they should be given the opportunity to be directly involved in Malaysia’s democratic process by "fulfilling the trust of choosing the country’s leadership through the ballot box".

In his own vote of confidence for Malaysian youths, the prime minister said he believed that they are capable of making "wise and rational" choices in selecting the country’s leaders, adding that their young age does not prevent them from having the necessary maturity to contribute to the country’s development. 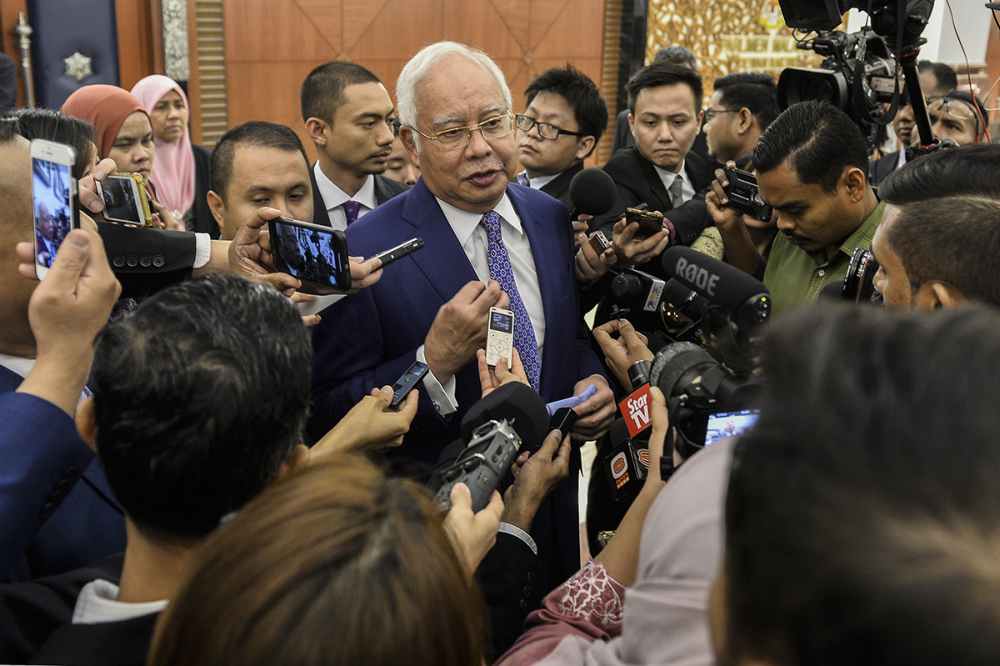 Najib’s trial today ended earlier to allow him to join in the parliamentary debates and voting, as the judge recognised the importance of the Undi 18 Bill. ― Picture by Miera Zulyana

9. Why is Najib in Parliament today?

Najib has had to skip previous Dewan Rakyat proceedings even though he is the Pekan MP, as some of the dates coincide with the dates of his ongoing trial involving alleged abuse of position, money-laundering and criminal breach of trust relating to SRC International Sdn Bhd’s RM42 million. (He has to be physically present during trial, partly to ensure the right to a fair trial.)

His lawyer yesterday told the judge that Najib’s new role as advisor to Barisan Nasional may help influence how other MPs affiliated to the coalition will vote, noting that the government on its own cannot provide the two-thirds majority support to push the Bill through.

Amending the Federal Constitution requires a two-thirds majority in Parliament, and the ruling Pakatan Harapan coalition and its ally Parti Warisan Sabah only have a simple majority in the Dewan Rakyat. 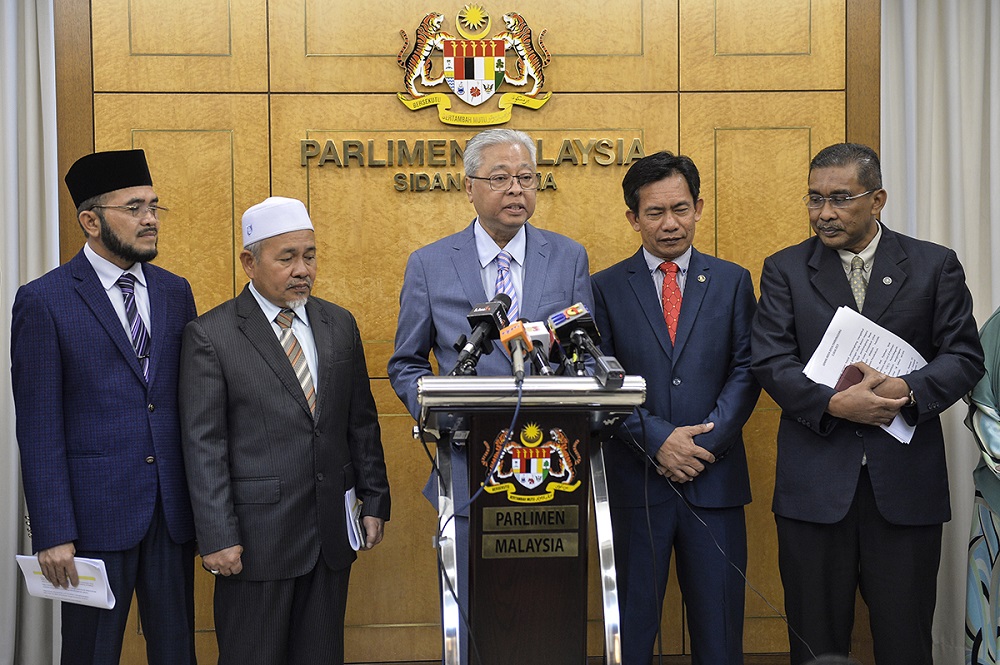 A federal Bill typically has to clear all three stages of first, second, third reading at the Dewan Rakyat, before it is presented to the Dewan Negara for further debate and passage, before being presented for the Yang di-Pertuan Agong’s royal assent, after which it may be gazetted

The road to pushing for a lower voting age has been slightly protracted, with Syed Saddiq tabling on July 4 an earlier version of the Bill to lower the voting age to 18 for first reading and with today expected to be for voting of the Bill.

But the federal Opposition (BN-PAS-Sarawak’s GPS ) on July 3 said that it would not vote in support of the Bill unless automatic voter registration is included, later also asking that the proposed law change include lowering the eligibility age for candidates from 21 to 18.

The government then withdrew the Bill on July 10, with Syed Saddiq then tabling on July 11 the new and current version of the Bill for the first reading — this time including the automatic voter registration and lower qualifying age of 18 for election candidates seeking to be federal and state lawmakers.

Dr Mahathir tabled the Bill for second reading today, and it is expected to go through the third reading and be voted on today.

Dr Mahathir on July 10 had expressed confidence that the federal opposition would not go back on its promise to support the Bill as their proposals have been incorporated into the proposed law change, saying: “We are confident, don’t think they would lie to me.”