Datuk Seri Mujahid Yusof Rawa announces the Tabung Haji hibah for 2018 at the Putrajaya Islamic Complex April 5, 2019. — Picture by Ahmad Zamzahuri
Follow us on Instagram, subscribe to our Telegram channel and browser alerts for the latest news you need to know.
By By Azril Annuar

PUTRAJAYA, April 5 — Malaysia’s pilgrimage fund Tabung Haji today announced its lowest hibah (dividend) in history at 1.25 per cent, amounting to RM913 million for all depositors for the 2018 financial year.

Comparatively, for FY2017, Tabung Haji had paid a total of 6.25 per cent hibah to its depositors who have not performed their pilgrimage and 4.50 per cent to those who have.

In a press conference today, Minister in the Prime Minister’s Department (Islamic Religious Affairs) Datuk Seri Mujahid Yusof Rawa said this was on the back of mismanagement by the previous Barisan Nasional (BN) administration that paid high hibah despite the company’s inability to pay.

“The successful completion of the restructuring plan reflected the government’s determination to rescue Tabung Haji to protect the interest of 9.3 million depositors.

“In delivering this commitment, the government will allocate RM500 million in 2020 and subsequently RM1.73 billion per year until all Sukuk is redeemed.

“Total allocation from the government for the 10 years is estimated at RM17.8 billion. This is due to poor governance and mismanagement in the past. Manipulation of account was done to distribute high hibah despite the growing deficit,” said Mujahid.

Due to the strong support from the government, TH ended its financial year on December 31, 2018 with a total asset surplus of RM1 billion compared to a total asset deficit of RM4.1 billion in 2017.

As at December 31 last year, its total assets stood at RM76.5 billion, which is in excess of its liabilities of RM75.5 billion.

Income was registered at RM4.2 billion with distributable profit coming in at RM2 billion.

Its RM1.5 billion impairment, which should have been provided in the previous year, had reduced the company’s distributable profit.

Mujahid voiced his confidence in the fund’s current management which was appointed last year. 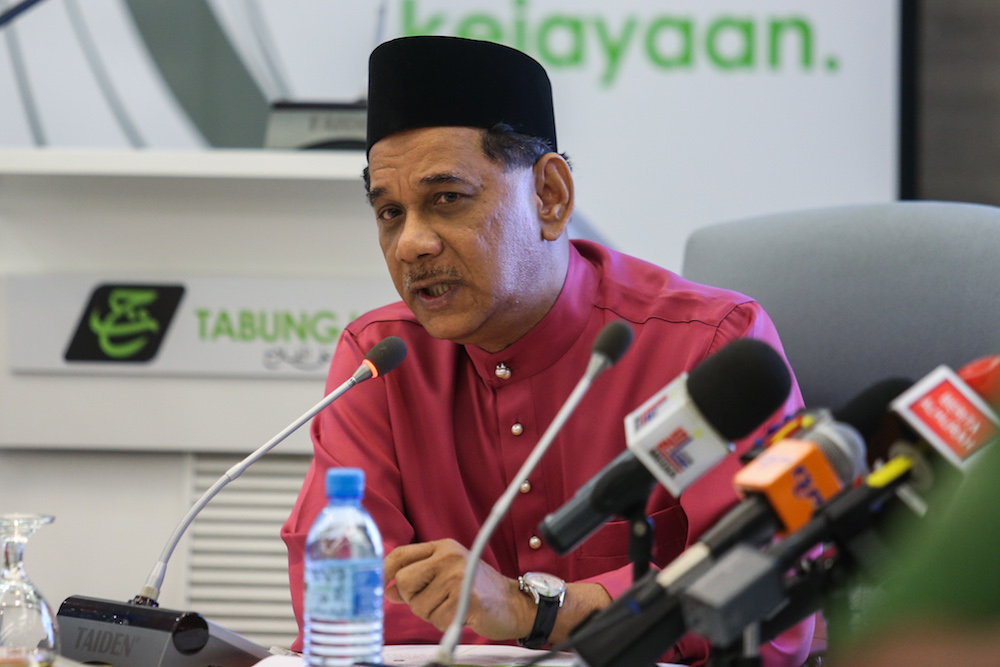 Its group managing director and chief executive officer Datuk Seri Zukri Samat pointed out the government’s efforts to bail the company had given them the space for financial recovery.

“This involved the transfer of a basket of under-performing assets to the government-owned Special Purpose Vehicle called Urusharta Jamaah Sdn Bhd (UJSB).

“This basket of under-performing assets had a book value of RM9.7 billion but they were transferred to UJSB at RM19.9 billion to enable TH to cover the deficit of RM10.9 billion sitting on the balance sheet.

“The transfer will be settled via RM19.6 billion sukuk and RM300 million in cash. The financial restructuring has enabled us to close the deficit and restore the balance sheet to normal footing,” said Zukri.

The minister also voiced his hope that in time, TH will be able to give its depositors better dividends akin to its glory days.