Former MMA president Dr Milton Lum said the Finance Ministry’s mySalam health insurance scheme must have mechanisms in place to prevent corruption. ― Picture by Choo Choy May
Follow us on Instagram, subscribe to our Telegram channel and browser alerts for the latest news you need to know.
By By Boo Su-Lyn

KUALA LUMPUR, Jan 30 ― Doctor and patient groups have raised concerns about a government-run health insurance scheme for the poor that they say lacks details and has insufficient benefits.

“Not only will it lead to congestion [at public hospitals], the question also to be asked is whether it will lead to corrupt practices,” Dr Lum told Malay Mail.

He questioned if a middleman would be involved in the mySalam scheme and if the Health Ministry (MOH) would procure drugs via open tender or negotiation, pointing out that the use of middlemen and obsolete contracts have caused the ministry to purchase drugs at a higher price than other countries (international reference pricing).

“The RM8,000 may not be RM8,000; it may be shrunk depending on how it's operationalised,” said Dr Lum, referring to the RM8,000 one-off payment that mySalam recipients will receive upon diagnosis of one of 36 critical illnesses.

The former Federation of Private Medical Practitioners Associations of Malaysia president also asked what would happen if the RM8,000 payment could not cover a full course of treatment even at public hospitals.

According to Dr Lum, RM8,000 may only cover one or two cycles of chemotherapy at a public hospital whereas a cancer patient needs at least six cycles.

“Who is going to pay the difference? You don't want to start someone on a form of treatment that you cannot continue, particularly like cancer, or even with devices,” he said.

He also questioned the procedure for payouts under mySalam and asked the government to clarify if the RM8,000 was a lump-sum payment or reimbursement of claims.

Households with a monthly income of RM4,000 and below are eligible for BSH.

“What's the process to reimburse your claims? You want minimal bureaucracy. They might say you're not qualified, this is not covered.”

He further asked what was the threshold for other insurance companies to contribute to mySalam in exchange for not having to divest 30 per cent of their Malaysian business in compliance with Bank Negara rules that stipulate a 70 per cent cap on foreign ownership of local insurance firms.

“Because Great Eastern is donating this RM2 billion, they are exempted from this equity. Will this benefit the country in the long term? What about other insurance companies?”

MMA president Dr Mohamed Namazie Ibrahim said mySalam was not sustainable in the long run because of its financing model.

“The government should look at financing for the social health insurance scheme. Even the current general tax-based system is not sustainable.

“Private health insurance is not an efficient method for financing as it is profit motivated and does not provide universal coverage. These exclude all those with pre-existing diseases, congenital problems and many more,” Dr Namazie told Malay Mail.

RM8,000 not enough for cancer treatments 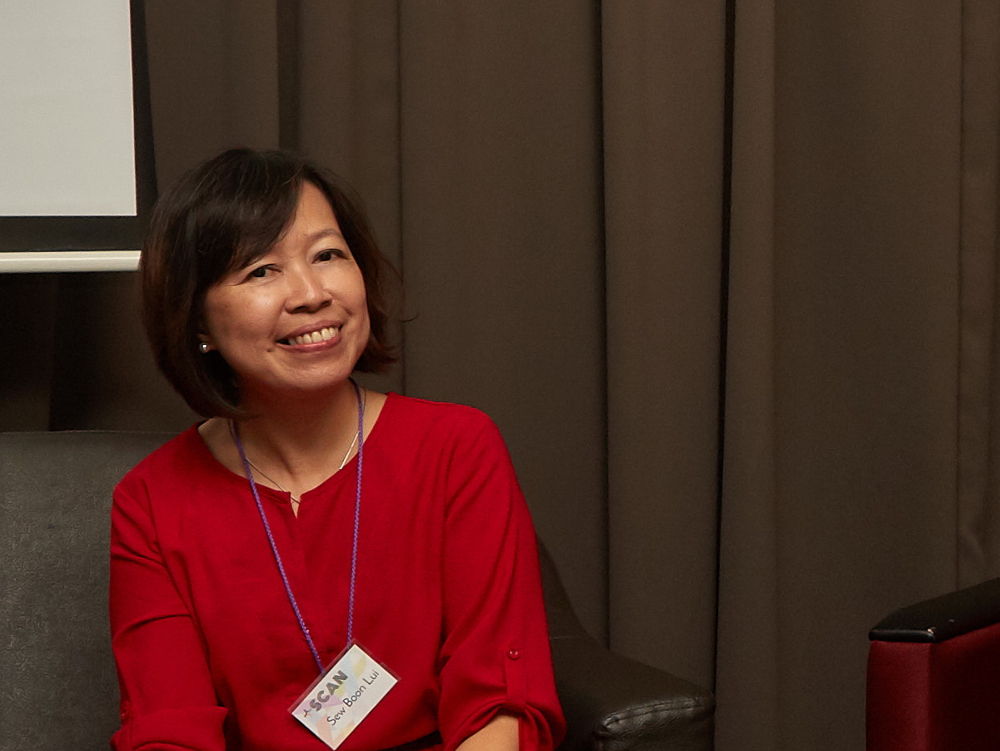 Sew says the RM8,000 one-off claim under mySalam was insufficient for cancer treatments even at public hospitals. — Picture courtesy of Sew Boon Lui

“In public hospitals, most medication may be given free or cheaply, but there are more advanced drugs that are sometimes needed that are not cheap at all!

“Even as an income replacement during cancer treatment it is short. B40 is households with a monthly income of RM4,000 or less, so making the one-off payment around two months of income. Most cancer treatments exceed that length,” Sew told Malay Mail.

She also asked if mySalam would cover diagnostic tests done at private facilities, but treatment is done at public hospitals after.

“I'm currently receiving treatment from SGH (Sarawak General Hospital). My doctor in SGH asks me to go for tumour marker tests every four to five months at a private hospital as the test is not available in GH here.

“I also do my CT-scan in private hospital since my first diagnosis of my relapse in June 2017.  After that I go to SGH to receive my treatment,” she said.

Sew, who is a metastatic breast cancer patient, said she needs to use a targeted therapy drug, of which she gets a monthly prescription from her SGH doctor but buys from a pharmacy outside the public hospital because the government does not subsidise a single sen for advanced drugs.

The Galen Centre for Health and Social Policy recently questioned how the government would avoid charging first class rates to patients under the mySalam scheme if they were referred from private to public health care facilities, as per current regulations.

“A lot of the care burden is being taken up by university hospitals and this is not being catered for in the current makeup,” he told Malay Mail.

He added that mySalam should cover pre-existing conditions (a health problem that one suffers before one’s health coverage starts), like the United States’ Affordable Care Act.

Dr Murallitharan also said the RM8,000 one-off claim could cover certain treatments at public hospitals, like a mammogram, biopsy, surgery, chemotherapy, and radiotherapy for breast cancer. But targeted therapy like herceptin, which public hospitals do not provide for free due to a limited quota, cannot be purchased for RM8,000.

New-generation targeted therapy for lung cancer like TKIs similarly costs more than RM8,000, though biopsy, surgery, and chemotherapy at MOH facilities can be covered with that amount.

He noted, however, that only a minority of breast and lung cancer patients required targeted therapy.

“So mostly it will definitely alleviate the greater sum of treatment at diagnosis of cancer patients in the public centre, especially those in the B40.”

Edmund Lim, founder of Persatuan WeCareJourney, a non-profit for families with Spinal Muscular Atrophy and Rare Diseases, called for rare diseases to be covered under mySalam.

“Rare diseases, especially congenital, are mostly denied insurance. So the unmet needs are very high. Which means we need a lot more attention to address this to ensure they aren't left behind. Majority are children, hence especially vulnerable,” he told Malay Mail.

*A previous version of this story inadvertently named Great Eastern Life as the contributor of RM2 billion to mySalam, when it is in fact Great Eastern Takaful Berhad. The error is regretted and has since been corrected.