KUALA LUMPUR, July 9 — With zero MPs in Kelantan and Terengganu, Pakatan Harapan (PH) may further alienate voters in the two Malay-majority states as no ministers or deputy ministers can be elected from there.

Kelantan PKR chief Ab Aziz Ab Kadir has expressed his concern that the lack of representation would mean the absence of a spokesman that could deliver Putrajaya’s message into the two states, which had overwhelmingly chosen Islamist party PAS in the polls.

“If there is no one to represent Kelantan in the Cabinet, it means there are no representatives of the federal government on the ground here.

“It would be slightly difficult to push for the government’s agendas here if that was the case,” he told Malay Mail.

Last week, Universiti Kebangsaan Malaysia’s academic Datuk Denison Jayasooria had also pointed out that this lack of representation is a blemish on the coalition, which has so far managed to put out a united front of lawmakers from different ethnic and religious backgrounds.

“PH has no parliamentarians from Kelantan and Terengganu, and this has an implication in the kind of voting trend that has emerged, in terms of dominance of Peninsular Malaysia, even in contrasts with Sabah and Sarawak in this post-GE14 Cabinet,” he told a seminar in the International Islamic University Malaysia.

This comes as Denison warned that PAS, which now govern the two states, will emerge as a “real power” in the next two elections, while defeated Umno may still hold sway over the rural, Malay-dominated seats.

In the 14th general election, PH contested all 22 federal seats and 67 state seats in Kelantan and Terengganu combined, but won none.

“The current line-up consists of those who managed to win or retain their seat in GE14. It seems that Prime Minister Tun Dr Mahathir Mohamad is giving way to those who have performed well in the elections,” he said.

But the solution may be as simple as electing senators from the two states, the leaders said.

“However we are not insistent on asking the PH chairman to elect party leaders from Terengganu to the cabinet,” Razali added.

“Perhaps [Dr Mahathir] would provide other opportunities for us to be the representatives of the federal government such as being appointed as a senator or other post,.’

But Terengganu Parti Amanah Negara chief Raja Datuk Kamarul Bahrin Shah was nonplussed over the matter, leaving it instead to PH’s top leaders.

“I leave it up to the coalition leadership to pick on those to be in cabinet. At the moment, I’ll do what I can and ensure the existing responsibilities laid on me is done to the letter,’’ he said.

Last month, Amanah president Mohamad Sabu said he is confident that the federal government have not forgotten about the two states, and will elect one minister and another deputy minister from each of them.

However, he said the matter was still being discussed by PH and the final word will be left to Dr Mahathir.

A total of 26 ministers and 23 of their deputies have been appointed as of Monday and Dr Mahathir has said that three more ministers will be appointed at a later date.

He said the posts will be filled by senators, who could be non-politicians instead. 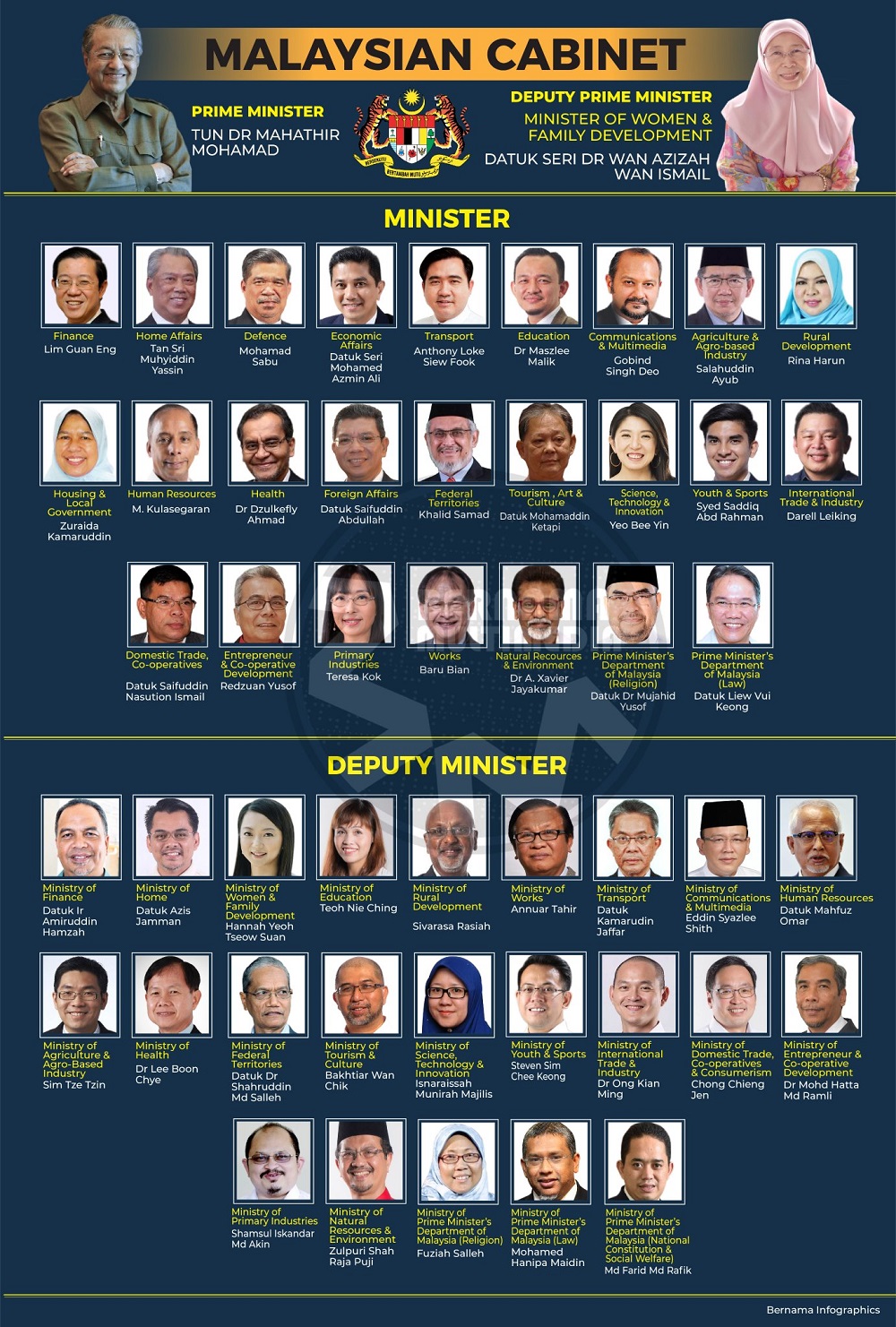