KUALA LUMPUR, June 25 — Tun Dr Mahathir Mohamad has denied rumours of internal squabbling within Pakatan Harapan (PH), amid mounting criticism over the delay in the announcement of the final Cabinet line-up.

In an interview with Channel NewsAsia (CNA), the prime minister said he has already submitted the list of his choice to Yang di-Pertuan Agong Sultan Muhammad V.

“It’s not true,” he reportedly replied when asked about a squabble delaying the announcement.

“I have already finished my list and I have submitted it to the King,” he added.

Dr Mahathir had teased that the final line-up will be announced by Aidilfitri, but so far, no announcement has been made.

Currently, there are 14 ministers, including Dr Mahathir, in the last line-up finalised on May 21.

CNA reported that the final line-up will have 29 people in total. A report by Malaysiakini quoting government sources last week said the list was submitted to the Agong on Wednesday, and would see a total of 28 ministers.

Dr Mahathir said that although each PH component party has submitted its list of names, he had also chosen some people who were not named in the list.

“I called up the people, ministers and deputy ministers to ask them whether they accept the post I’m giving them... And strangely, there was not much protest,” he was quoted as saying.

“There were some who felt that well, I should have given this and that... but when it was pointed out to them that I have already filled those places, they didn’t protest, they accepted.”

So far, Parti Amanah Negara’s Khalid Samad and Datuk Mujahid Yusof Rawa have confirmed that their names were in the list.

Additionally, sources have told Malay Mail that Perak DAP chairman Nga Kor Ming has failed to be appointed as federal minister or even deputy minister, apparently for his previous racist remarks. 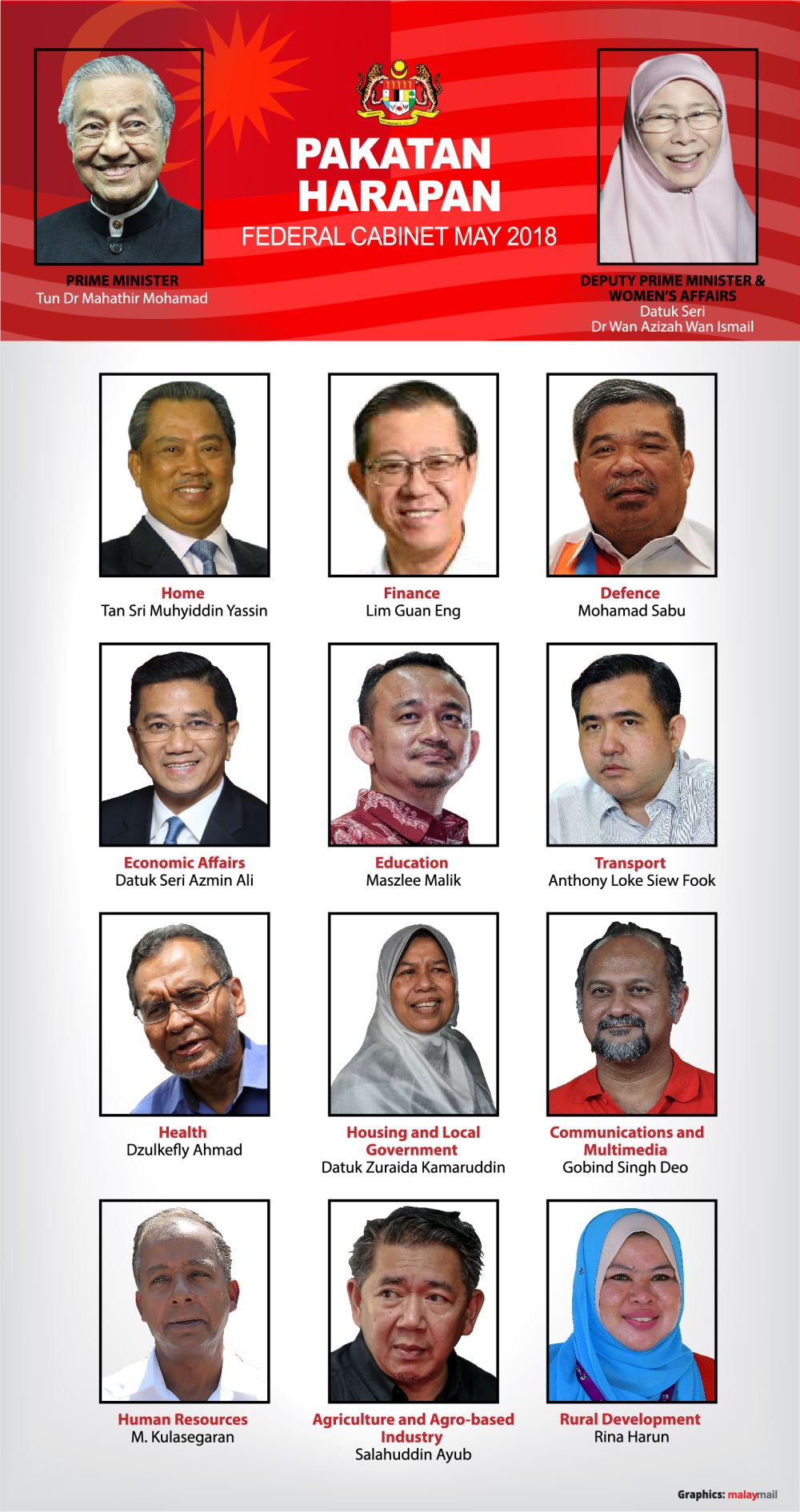