Despite ban, Mak Yong has not breathed its last (VIDEO)

Rohana Abdul Kadir in the lead role of Pak Yong, during the opening sequence of Menghadap Rebab. — Picture by Wong Horngyih, courtesy of Pusaka
Follow us on Instagram, subscribe to our Telegram channel and browser alerts for the latest news you need to know.
By By Zurairi AR

KUALA LUMPUR, Oct 8 ― By the time Mak Yong was officially banned in 1998, it had already suffered years of being sidelined in its home state of Kelantan.

The traditional dance theatre revolves around the concept of angin ― a Malay word that literally means “wind” ― which refers to one’s temperament or mood.

In essence, whenever Mak Yong is performed, it can be seen as a communal psychotherapy; the healing of a community’s angin, and sometimes the angin of the performers themselves.

It was perhaps this element that caught the eye of Islamist party PAS after it control of Kelantan in the 1990 general elections.

Che Ning, also known as Che Som Sulong and the last of the Mak Yong maestros who had until then performed in front of thousands, reportedly struggled to keep her livelihood then and was subsequently forced to tap rubber and work as a labourer.

When she died in 1995, a leading light of Mak Yong went out. Now almost two decades later, Mak Yong is in the news again.

Why was Mak Yong banned in Kelantan?

The ban was officially codified in 1998 with the Entertainment and Places of Entertainment Control Enactment passed by the state assembly that year, which also prohibits other local traditional performances such as Menora, Wayang Kulit, and Main Puteri which were deemed “un-Islamic.”.

To PAS, Mak Yong had elements of pre-Islamic culture ― something which the Islamists felt needed to be purged in order to “purify” the community, as mentioned by the late PAS spiritual leader and former Kelantan mentri besar Datuk Nik Aziz Nik Mat in a 2006 Wall Street Journal report.

“They wanted to show a change, to show the public how Islamic PAS is after taking over Kelantan. Datuk Nik Aziz may have been sincere to God, but many among the leadership wanted to show how these arts were against Islam.”

But there is also another dimension to the ban. Culture activist Eddin Khoo believes it was partly due to the visibility of women on Mak Yong stages.

“The aurat thing was part of it,” Khoo said, referring to a Muslim’s “intimate parts” which cannot be shown to the public. Costumes in Mak Yong are deemed to not adequately cover the aurat.

“Cross-dressing was also partly the issue. But they came down heavily on women, because women were not supposed to be seen on stage,” added Khoo, who is the founder of Pusaka, a non-profit organisation researching and archiving traditional arts. 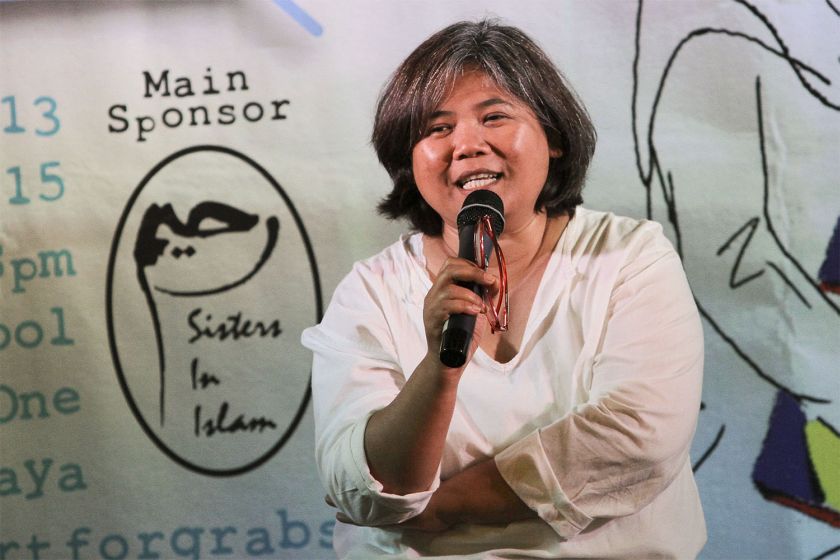 Yati said instead of policing women, purportedly for fear of sexual arousal, men should instead be taught to respect female performers. — Picture by Yusof Mat Isa

“This is what happens when the conservatives have power. One of the first things they do is to control women ― to curb their freedom of expression, their movement… what they can or cannot wear,” women’s activist Yati Kaprawi told Malay Mail Online.

Yati said instead of policing women, purportedly for fear of sexual arousal, men should instead be taught to respect female performers. She compared it to Johor, where women are free to perform in public.

“In my home state of Johor, why are there no issues about female performers? Female Zapin dancers are received cordially, there is no problem,” said the documentary film-maker, referring to a traditional folk dance.

So what worries religionists about Mak Yong?

Mak Yong had been performed in the region for nearly a millennium, and historians believe it was brought to Kelantan around 200 years ago.

A performance entails dancing, acting, and singing ― telling stories dating back to the Srivijaya Empire in the 7th century, and the times of the legendary Kelantan queen Che Siti Wan Kembang who was believed to have ruled between the 14th and 16th century.

Much like how Che Siti symbolised women’s emancipation in ancient Kelantan, so does Mak Yong. Women performers play the major roles, even male characters, while men take up supporting roles and play music ― notably the three-string spiked fiddle called rebab.

Khoo explained that there are several types of performances. Sometimes, the performers ― who traditionally learn the trade by virtue of their lineage ― feel compelled to perform, as a way of commemorating their ancestors and their memories.

Oftentimes, Mak Yong is performed as a ritual healing, often at the request of villagers themselves, for spiritual relief.

Pauline Fan, the cultural director of Pusaka, explained in her 2013 essay that different episodes are performed for different patients, with the stories often related to the maladies experienced by the latter and feature acts of healing and restoration.

For example, the story of Dewa Muda ― said to be the most important of Mak Yong stories ― features the demi-god’s kite being mended so it can fly to the heavens, and later he himself is resurrected to fulfil his destiny and be with the celestial princess Puteri Ratna Mas. 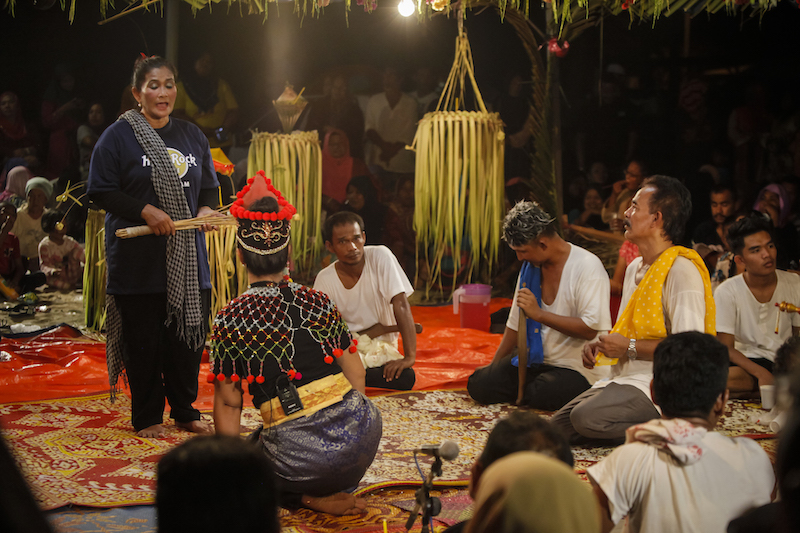 A scene from the story of Dewa Pechil. — Picture by Wong Horngyih, courtesy of Pusaka

Khoo said Mak Yong also offers a safe space for villagers to unpack their lives and problems, and just get relief from their worldly stress.

In her essay, Fan compared this to nightclubs for urbanites, and related a story of a married couple who “sparred” on stage as a way to resolve unspoken domestic tension.

What next for Mak Yong?

Mak Yong has entered mainstream discourse once again following the remarks of United Nations Special Rapporteur in the field of cultural rights, Karima Bennoune, who last month urged Kelantan to lift the ban.

Mak Yong was previously proclaimed as an Intangible Cultural Heritage by the United Nations Educational, Scientific and Cultural Organisation (Unesco) in 2005, as a last-ditch bid to save it.

Bennoune’s remark resonated with many Malaysians especially the youths, with several telling Malay Mail Online that they could not fathom accusation that Mak Yong is sexually arousing, and urged for Mak Yong to be restored as one of the country’s cultural exports.

“Our tradition and culture is dying not because the young people don't love it, but it's because the conservative religious people keep banning any culture they deem as un-Islamic,” Yati said. A large crowd from the local community gathers to watch the rare Sembah Guru performance by Mak Yong performers. — Picture by Wong Horngyih, courtesy of Pusaka

But Kelantan is adamant that it will not budge from its decades-long stand on the ban despite international pressure. Deputy mentri besar Datuk Mohd Amar Nik Abdullah was quoted the same week saying that the state will keep to “its own policy.”

“To me, this shows a weakness with the state government in handling this issue. As a result, our society is left all the poorer. As time goes, we will lose our wealth when it comes to folk arts,” Nik Abdul Aziz told Malay Mail Online.

There are currently at most four traditional troupes left in the country. One of them ― Cahaya Matahari (Malay for “sunlight”) ― features Rohana Abdul Kadir and her sisters Che Yom and Che Esah, grand-daughters of the prima donna Che Ning.

By day, they too work in a keropok factory, residing in the fishing town of Kuala Besut where people speak and live Kelantanese, but conveniently fall under Terengganu’s jurisdiction.

With Kelantan seemingly not caring about the dying heritage, groups like Pusaka have been trying to keep Mak Yong alive by lending support to performing communities.

In April last year, Pusaka brought Cahaya Matahari to perform in the Publika shopping mall in the upscale Kuala Lumpur neighbourhood of Solaris Dutamas. Around 300 people came to watch in a space meant for 200, Khoo said. 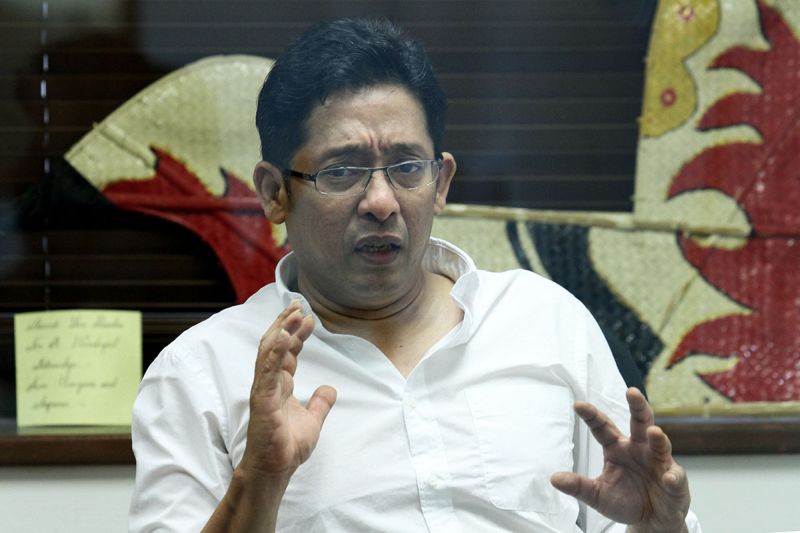 Founder of Pusaka, Eddin Khoo speaks to the media during a special interview in Kuala Lumpur on September 26, 2017. ― Picture by Miera Zulyana

But ultimately, the fate of Mak Yong should be left with the grassroots, said Khoo. And the grassroots are doing a stellar job of keeping the flame alive, he added.

Pusaka said it is currently working with 28 communities across the country to preserve folk arts, and around 70 per cent of those actively involved are under 30 years old.

Mak Yong has been passed down for three generations since Pusaka started its work, he said, pointing to a black and white portrait of Che Ning in his office.

“We allow these communities to carry on. Societies and communities have to autonomise what they’re doing,” Khoo said.

“That’s why all the institutional forces want to clamp down even harder. Because communities have decided to live and thrive on their own despite all this. I think this is a very positive thing.”