Crowds gather outside Federal Court as ‘Allah’ case is considered

PUTRAJAYA, March 5 — Hundreds of people from conservative Muslim groups have gathered outside Malaysia’s Federal Court building, protesting a bid by the Catholic Church to overturn a court ruling that the word ‘Allah’ can be used by Muslims only.

“To the Federal Court, we support your decision not to allow Christians to use Allah,” read one banner even before Malaysia’s highest court had issued its ruling.

The crowd of roughly a thousand people was mostly clad in red, the colour of the right wing group Perkasa which is leading the protest.

In October last year, an all Muslim panel of three judges at the Court of Appeal unanimously overturned a high court ruling from 2009 allowing the Catholic paper, Herald, to use the word as a constitutional right.

The Catholic Church is seeking the permission of Malaysia’s highest court to appeal the landmark decision.

A seven judge bench at the Federal court will decide if the Catholic Church has grounds for appeal.

For the protesters outside, the waiting proved unbearable. After a peaceful start, they  tried to push their way into the court building but were held back by police.

Some within the group called out threats that non-Muslims would suffer the consequences if they threatened Islam.

Others took to race baiting.

“Lynch that Chinese!” some shouted, as a member of COMANGO, a coalition of progressive NGOs tried to enter the court building.

“We are like this because we don’t want COMANGO in the building,” a Perkasa member told The Malay Mail Online.

The protesters deemed COMANGO to be enemies of Islam for its fight to uphold lesbian, bisexual, gay and transgender rights.

It was also accused of conspiring with the international community to undermine the position of Islam in Malaysia, an allegation COMANGO said was absurd.

COMANGO members, mostly women, were forced to exit through the back door after police feared for their safety. 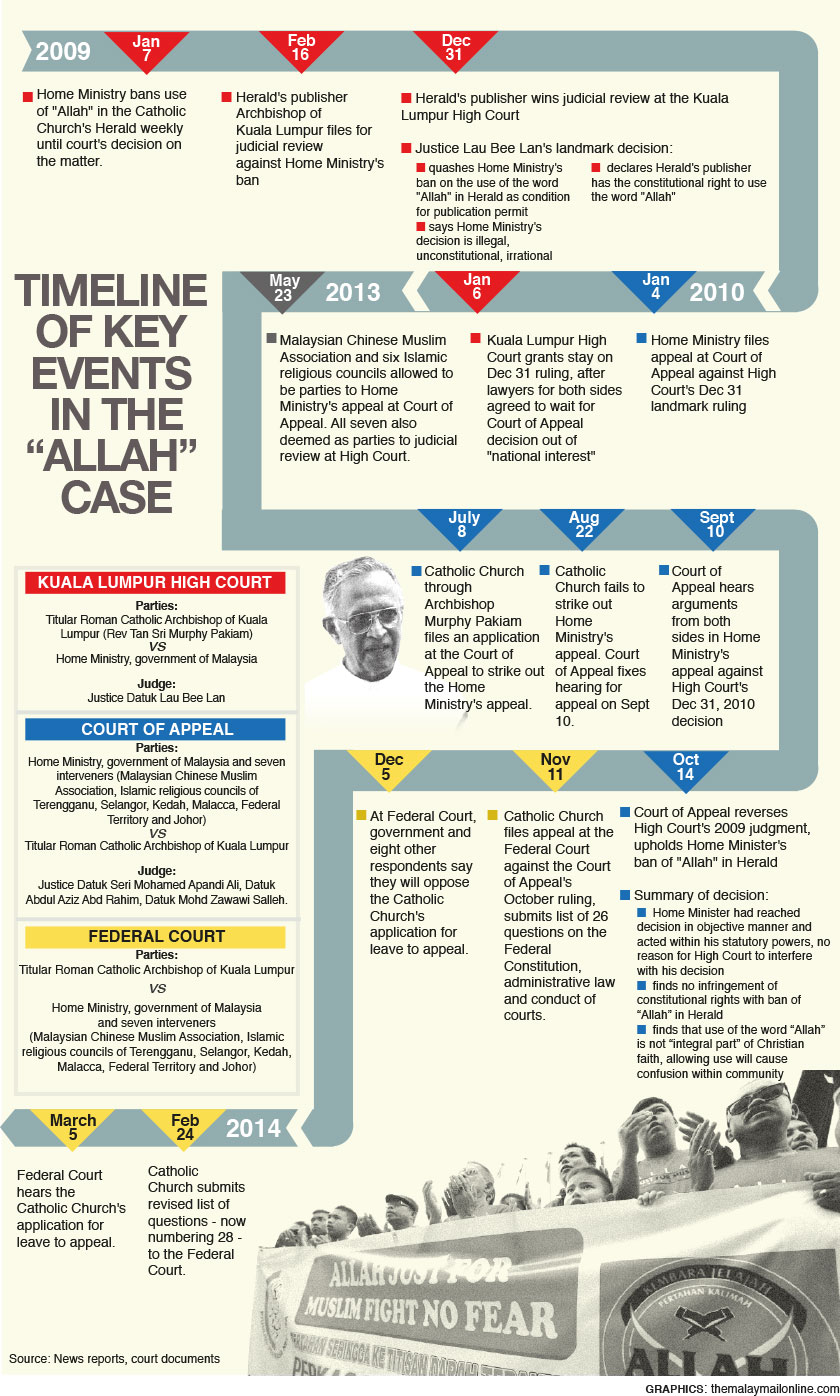