SEPTEMBER 17 — On the September 13, 2021, a Memorandum of Understanding (MOU) was signed between the federal government and Pakatan Harapan.

The parties and signatories

What is an MOU in law?

Whether or not an MOU is a legally enforceable agreement is subject to rules of construction of its clauses and terms and conditions.

Article 8 states the MOU is subject to and should be construed in accordance with the laws of Malaysia.

Malaysian law follows that of common law in approach to an MOU. 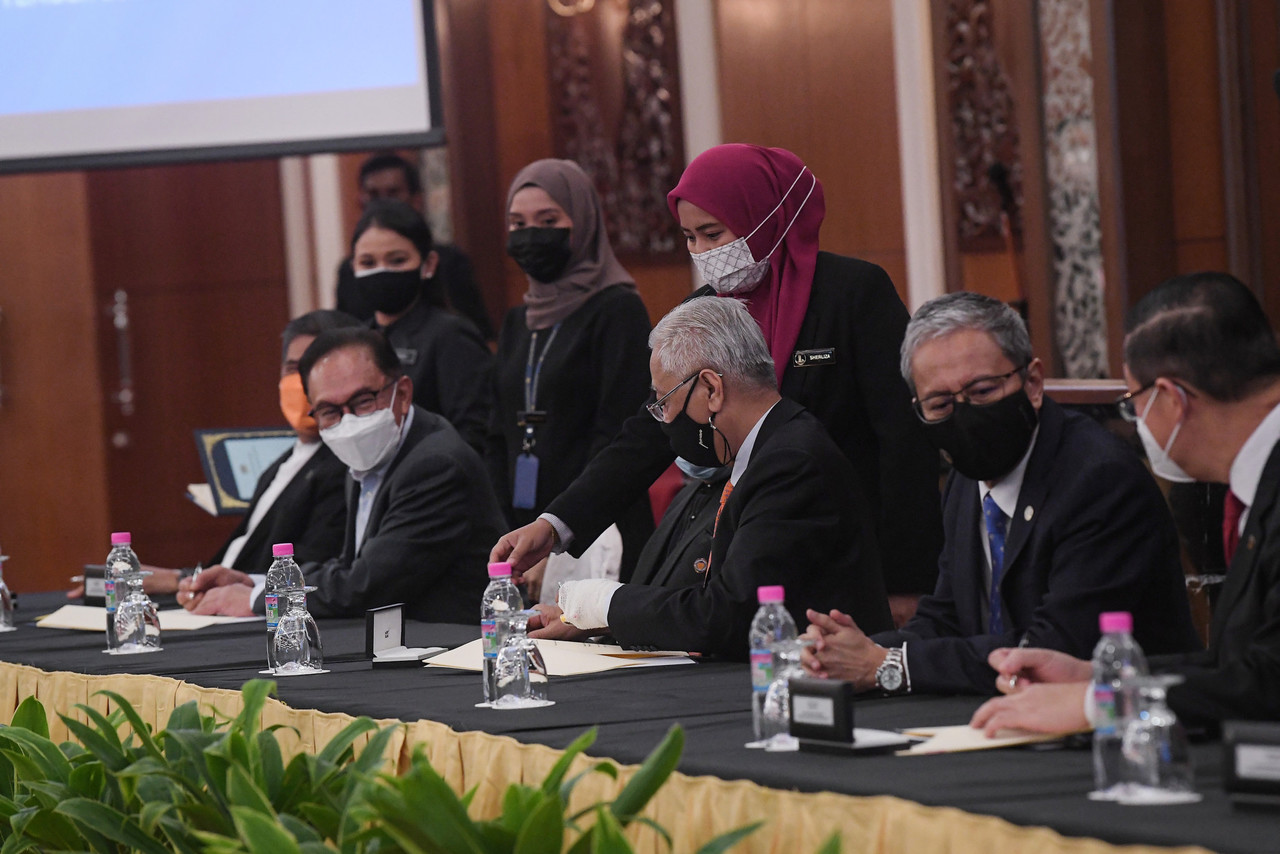 Prime Minister Datuk Seri Ismail Sabri Yaakob (centre) attending the signing ceremony of the Memorandum of Understanding on Transformation and Political Stability Between the Federal Government and Pakatan Harapan at Parliament House, September 13, 2021.

Applying recognised rules of construction, it would appear that there is a binding agreement made between the government of Malaysia and the Opposition parties led by the coalition called Pakatan Harapan (consisting of Parti Keadilan (PKR), Parti Tindakan Demokratik (DAP), Parti Amanah Negara (Amanah) and Pertubuhan Kinabalu Progressif Bersatu (UPKO).

Remedies: What are the remedies available and which body has jurisdiction over this MOU?

The MOU is in the form of a legally binding agreement and can therefore in principle be subject to the High Court of Malaya and the Appellate Courts.

It is, however, difficult to see how and in what way the terms and conditions are justiciable.

If a party does not comply with its terms, the sanctions would appear to be the collapse of the MOU and that the harmony that is envisaged to the political landscape post the MOU will not be realised.

It cannot be seen how any court would enforce the obligations. The Government Proceedings Act 1956 (Act 359) constrains any injunctive relief and under the equitable remedy of specific performance, no court will grant such an order when it involves the monitoring and supervision of courts.

The principle of legislative privilege and non-interference of decisions of and proceedings of the Houses of Parliament would further militate against any legal remedies if a party breaches the MOU.

Duration of the MOU

Obligations undertaken by the government of Malaysia

The government agrees that she will NOT move to seek dissolution of Parliament before July 31, 2022. It further agrees to embark on a Transformation Program that will be proposed and mutually agreed upon by the parties (Clause 3.1 and 3.2).

Obligations agreed to by Pakatan Harapan

The fundamental term of an MOU

It is the fundamental term that any failure to implement the Transformation Program will constitute a breach of the MOU (Clause 4.1) and may have the consequence of the termination of the MOU.

The parties agree to co-operate and to communicate fully over the Transformation Program as stated under the MOU and its Appendix.

The position of PH as Opposition & Accountability

It is provided that nothing in the MOU impairs the role of PH as Opposition to review, investigate, study and to hold the government of the day to be responsible on issues relating to citizens to be accountable to Parliament.

The Appendix is to be read integrally with the MOU and have six Clauses relating to: