The MPO found new ways of connecting with audiences beyond the concert hall during the Covid-19 crisis. — Picture courtesy of Malaysian Philharmonic Orchestra
Follow us on Instagram, subscribe to our Telegram channel and browser alerts for the latest news you need to know.
By MELANIE CHALIL

KUALA LUMPUR, July 13 — Like many orchestras around the world, the Malaysian Philharmonic Orchestra (MPO) had to think on its feet as Covid-19 spread throughout the country.

The Cesar Pelli-designed Dewan Filharmonik Petronas (DFP) located in the iconic KLCC Twin Towers which normally holds weekly concerts — planned at least a year in advance for music lovers, had to suspend performances as part of the movement control order (MCO) that was announced on March 18.

With the concert hall under an unprecedented hiatus, the MPO sought refuge in the digital sphere, quickly pivoting to use its social media platforms such as Facebook and Instagram as a fresh space for its musicians.

It turns out, the orchestra was also capturing new audiences beyond the confines of the 920-seater DFP. 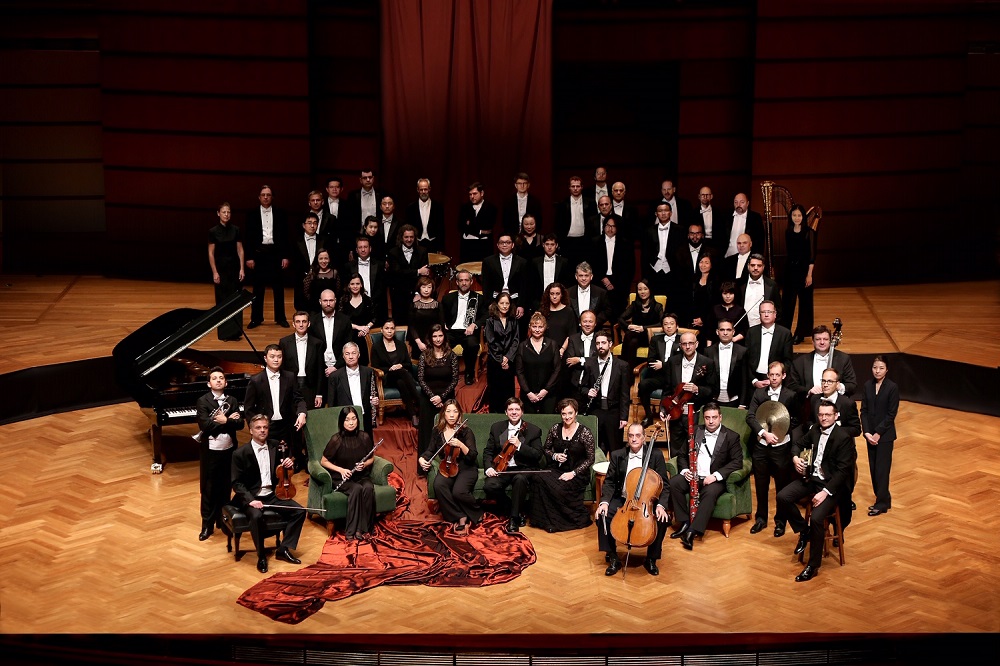 The MPO musicians are currently on their mid-season concert break but the management says something exciting is brewing. — Picture courtesy of Malaysian Philharmonic Orchestra

Their pivoting strategy came in the form of a campaign titled MPO at Home comprising a series of short videos featuring musicians from the MPO and its youth arm, the Malaysian Philharmonic Youth Orchestra (MPYO) performing virtually from the comfort and safety of their homes that were launched a week after the lockdown.

The move saw a big spike in the MPO’s social media engagement, a representative from the orchestra’s management told Malay Mail.

Prior to the MCO, the management said it has never experienced such a leap in numbers on its social media platforms and it received overwhelming feedback for the MPO at Home series.

In April, a month into the MCO, the MPYO performed John Williams’ iconic Main Title — Star Wars Suite as a tribute to frontliners.

Under the helm of MPYO principal conductor Naohisa Furusawa and the tutelage of their MPO mentors, the clip became one of the orchestra’s most popular videos, garnering over 646,000 views on Facebook, over 18,000 views on Instagram and over 20,000 views on its MPO TV Youtube channel at the time of writing.

The video also made headlines in Singaporean and Indonesian news outlets.

As the orchestra continued putting out high-quality but approachable home performances, it hit the right note again leading up to the Hari Raya festivities in May during the conditional movement control order phase.

This time, the MPO released a tribute video “dedicated to motivate our nation and its people on the road to recovery, both economically and emotionally” featuring the beloved patriotic song Tanah Pusaka.

The video, which received over 621,000 Facebook views, almost 30,000 views on Youtube and over 20,000 views on Instagram, was also shared by the Health director-general Datuk Seri Dr Noor Hisham Abdullah on both his personal and the Health Ministry’s Facebook pages.

Interestingly, feedback revealed that there were those who had no idea Kuala Lumpur was home to a world-class orchestra and its youth arm, illustrating the need to continuously find new ways of driving awareness in order to keep the arts alive.

With this in mind, the orchestra not only wants to spread the joys of music during uncertain times but hopes to further dispel connotations of classical music being elitist or meant to be enjoyed by those with musical knowledge, saying that its music is for everyone.

Whether or not the MPO decides to make such home performances a permanent fixture as part of its audience growth strategy remains to be seen.

The orchestra’s management rep told Malay Mail that something exciting is brewing which will be announced soon.

The DFP and MPO management said in a statement it was delighted with Datuk Seri Ismail Sabri Yaacob’s recent announcement on the flexibility of live events.

“This is indeed good news for artists and arts practitioners on the whole.

“At this point, the management of DFP/MPO is still looking into the best mechanics and procedures in accordance to the new ruling whilst maintaining our aims to give the best music offerings of international standard and, at the same time, prioritising the safety of our musicians, employees and patrons.

“The MPO musicians are currently on their mid-season concert break, we will announce our classical concerts listing and the implementation of our events with the ‘new norm’ in due time,” the statement said.

The MPO has also confirmed that the following concerts, Hujan x MPYO, Ruffedge, MPO and Aishah: A Musical Journey, Senandung Lebaran — A Tribute to S. Atan, will be postponed to a later date.

Elton John and Britney Spears to collaborate on new song