Wednesday, 02 Mar 2022 9:53 AM MYT By Erna Mahyuni
Follow us on Instagram, subscribe to our Telegram channel and browser alerts for the latest news you need to know.
By Erna Mahyuni

MARCH 2 — K-pop band Nu’est is saying goodbye as a group, their contract ending just one day shy of their 10th anniversary.

For their fans, myself included, the news was sad but not wholly unexpected.

The writing had been on the wall for a while now as their appearances grew rare. From two to three releases a year, they had only had one comeback each year for the last two years.

Their agency, Pledis, seemed to be focused instead on their other boyband as well as their newly acquired girl group while ignoring fan complaints and entreaties.

While Nu’est will release one final album in March, the five members each penned a letter to their fans on Monday night to confirm that they had decided to continue their journeys as individuals instead of as a band.

It’s the end of the Nu’est story and one I had never thought I’d be following or be a very small part of.

Five years ago, a friend asked me to ghostwrite a piece about one of their members and that led me down a rabbit hole I had somehow managed to avoid for the last few decades. 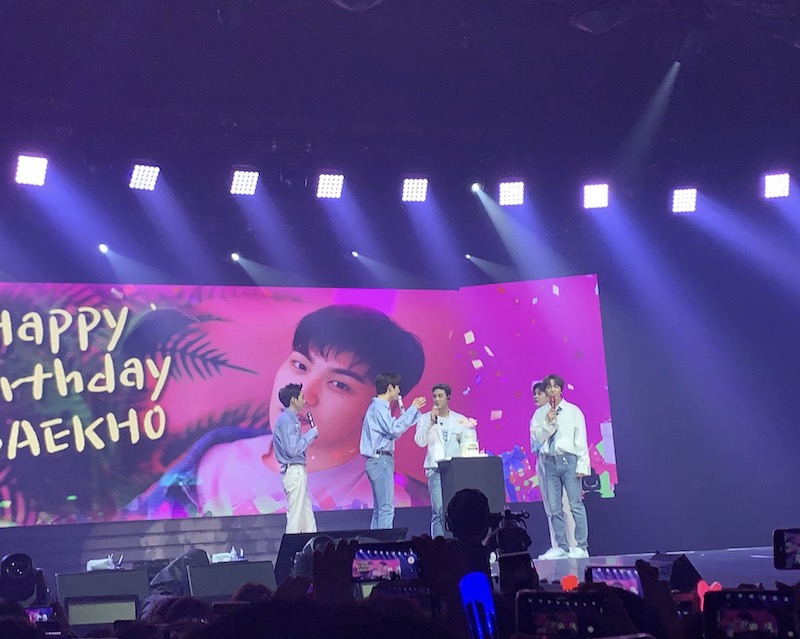 Thanks for the memories, Nu’est. — Picture by Erna Mahyuni

Sure, I knew most of the bigger K-pop names from the early 2000s and had SHINee’s Ring Ding Dong as a ringtone as it made me laugh but had never been drawn enough to any group to be invested.

It took just one music video for me to realise: I actually liked their music.

Next thing I knew, I was buying their albums, going to Thailand to see them in concert (twice) and eagerly buying tickets for a friend and I to watch them perform in Kuala Lumpur.

In South Korea, Nu’est are known as the “reversal” idols who somehow turned their last gasp at surviving as a band into an amazing change of course.

It took a reality show for the group, who had been struggling in obscurity for nearly five years and felt they might have no option left but to enlist, to raise their profile and bring them the success they had dreamed of for so long.

They won music shows, racked up awards, sold hundreds of thousands of albums and sold out concert venues — things that seemed mere fantasies to them before.

Yet despite all that, it seems staying together with an agency that seemingly has no interest in their welfare would just doom their future careers.

K-pop is a rough industry. Hundreds of new K-pop hopefuls debut every year  and many do not make it to the seven-year milestone, which was once the average length of a K-pop agency contract.

With fame came pressure as well as stalkers. One Nu’est member even had to go on hiatus for a while due to anxiety.

Two of them will still remain with the agency while the other three have not revealed their future career plans and as a fan, I can only wish them well.

The fandom was a refuge for me during a rough year and gained me new friends as well as insight into the bizarre and dramatic world of internet fandom.

Like other LOVEs (the fandom name) I wish they’d gotten fairer treatment. That their agency hadn’t turned down the many opportunities that came their way.

Still, some journeys must come to an end. I will pack away my albums and momentos because right now it hurts a bit too much to look at them on the shelves.

I wonder if Nu’est too were a casualty of the pandemic or it just hastened an end that was already on the horizon.

That question will likely remain unanswered but right now I will just be grateful for everything — the experiences, the friends, the fun and of course, the music.

Contracts end. Fandoms dwindle. The music, however, is eternal.

I leave you with one of my favourite songs of theirs, Dejavu.