My favourite albums of 2021

Saturday, 18 Dec 2021 9:09 AM MYT By Aidil Rusli
Follow us on Instagram, subscribe to our Telegram channel and browser alerts for the latest news you need to know.
By Aidil Rusli

DECEMBER 18 ― With most of the world starting to open up by the middle of the year because of vaccinations, it’s been quite an exhilarating year for music in 2021, with plenty of acts coming up with new albums and even, gasp, going out on tour.

Looking at videos of “live” shows and festivals happening in the US and Europe without any social distancing or masks in sight was quite something to behold, and that spirit of joy at getting back to doing what bands/artists love after almost two years has also infected much of the new albums I’ve loved this year.

In fact, I’ve loved so many albums this year that for the first time in a long time, I’ve managed to come up with a list of 10 favourite albums instead of the normal six or seven that I usually come up with in previous years.

So let’s dive in!

I might be slightly cheating here because this is technically 2nd Grade reworking their debut album Wish You Were Here Tour (which was released in 2018 and was actually just a compilation of Garageband demos that frontman Peter Gill recorded in a friend’s basement), turning those sparse bedroom one-man demos into a full-fledged, sparkling full band sound.

There are eight of these new reworkings/reimaginings here, and each and every one of them is an irresistible jangly power pop delight that will make you want to push repeat endlessly, especially album opener As Long As We Can Talk About It and the deliciously name-checking Favorite Song, in which Gill has a ball dropping names of his favourite songs.

Probably the album that will propel Turnstile from the hardcore underground into the mainstream (and deservedly so), Glow On is one of those albums, like Nirvana’s Nevermind or Green Day’s Dookie, that can turn a whole lot of neutrals into believers.

It’s a hardcore album for people who aren’t hardcore fans, with more than enough pop hooks and clean melodic singing to reel the kids in, and plenty of imaginative explorations around the possibilities of hardcore as a genre.

Heck, they’ve even managed to go all Boy Pablo on us on Underwater Boi, but it’s the anthemic Mystery and Holiday that will be the instant and enduring classics.

Outside of the latest 2nd Grade album, the happiest I’ve felt listening to a new album this year comes courtesy of one of my favourite fifth-wave emo bands, Origami Angel.

Ambitiously following up their already stellar debut album Somewhere City with a double album containing 20 songs, Gami Gang has everything that made Somewhere City such a great album ― the wonderful yearning melodies, the playful genre bending ― but now there’s more of it to savour in just one album.

Pick any song here (my pick, the 55-second Bed Bath & Batman Beyond), and you’re guaranteed a beautiful, good time.

Witnessing the evolution of Sekumpulan Orang Gila, especially once Riko joined the band, is something to really warm the heart.

They may be a metalcore band first and foremost, but that has never stopped them from fearlessly exploring other sounds, even all-out ballads, and especially traditional Malay melodies and instruments (like the seruling and serunai), and all of this fearlessness comes to seamless unity and beauty in this new album, in which very traditional Malay melodies played on the seruling do not in any way sound out of place in a metalcore song that even features Tim Lambesis of As I Lay Dying growling his heart out.

This effortless marriage of East and West, the traditional and the modern, can be found all across this marvellous album, recorded in Paris, with my favourite being the easycore saluting Legasi, which has all the hallmarks of a great Chunk No Captain Chunk song, but with a main riff that’s quite clearly a traditional joget riff fused perfectly into the song. Check them out if you haven’t already.

Guided By Voices may have released two excellent new albums already in 2021, but it’s their psych-pop project Cub Scout Bowling Pins that won my heart this year, with Robert Pollard and company letting loose and playfully embracing the influence of their 60s psych-pop heroes.

Magic Taxi is as melodic and meticulously crafted as any great, classic 60s psych-pop tune, but it’s the hilariously playful but illogically catchy Flip Flop World, in which Pollard mumbles the lyrics into what sounds like a cheap voice recorder in a crappy bathroom that perfectly captures what makes Clang Clang Ho such a casual and unexpected masterpiece.

Home Is Where ― I Became Birds

Another slight cheat here, as this is more of an EP as it only has six songs, I’m calling this an album anyway because over here, a five-song release already qualifies as an album.

Definitions aside, I Became Birds by Floridian folk/punk/emo band Home Is Where is one of those magical albums that will immediately give you goosebumps on first listen.

Sounding like an unthinkable blend of Neutral Milk Hotel (singer Brandon MacDonald sounds like a dead ringer for Jeff Mangum), fifth-wave emo and even little bits of screamo, the sky is definitely the limit for Home Is Where, judging from the consistently amazing level of craftsmanship and melodicism here, with plenty of cathartic bursts of emotions to make the songs even more unforgettable.

A 10-song, home-recorded and self-released debut album from a new local band chock full of irresistible pop punk melodies? Sign me up immediately!

Still very much a low-profile band in the Malaysian indie/underground scene, Kopi Ais Ikat Tepi is a debut album of immense promise, showcasing the deft way that frontman Shuaib has around a good melody, and already boasting a host of songs that would be perfect on the radio (with slicker production, of course).

It’s a bit of a shame that the new Deafheaven album saw them completely ditch their trademark soaring blend of black metal and shoegaze, but thankfully there’s Azerbaijan blackgaze band Violet Cold to scratch that itch for me this year.

If you’re a fan of Deafheaven, especially their Sunbather album, then you will fall in love with Empire of Love almost immediately, and hard!

With an album cover playing on the Azerbaijan flag (replacing the flag colours with the colours of the rainbow) and songs with titles like Pride, Working Class, We Met During The Revolution and Togetherness, I’d have loved to know what the lyrics are all about (the lyrics are not included, for some reason), just so I can match whatever’s being said to the absolutely beautiful music and melodies being gifted to the listener.

An absolutely essential listen, and another revolution in black metal.

Fiddlehead ― Between The Richness

What is it with hardcore dudes forming punk/emo side projects, and delivering such great results too? Fiddlehead is fronted by Pat Flynn of Have Heart and also contains members from bands like Basement, Youth Funeral and Intent, all of whom with backgrounds in much heavier bands.

With all of them now beyond the age of 30, there’s a sweet maturity to their approach in merging punk, hardcore, emo and indie rock, with Samiam being a particularly important touchstone to their hugely appealing and heart-wrenching sound.

Their second album Between The Richness is a pretty giant artistic and emotional leap, and if you’re not knocked out by the superb one-two punch of album openers Grief Motif and The Years, then I don’t know what will.

Have you ever thought that a combination of 90s alternative rock, 90s shoegaze, and thunderous Godflesh-like production was possible? 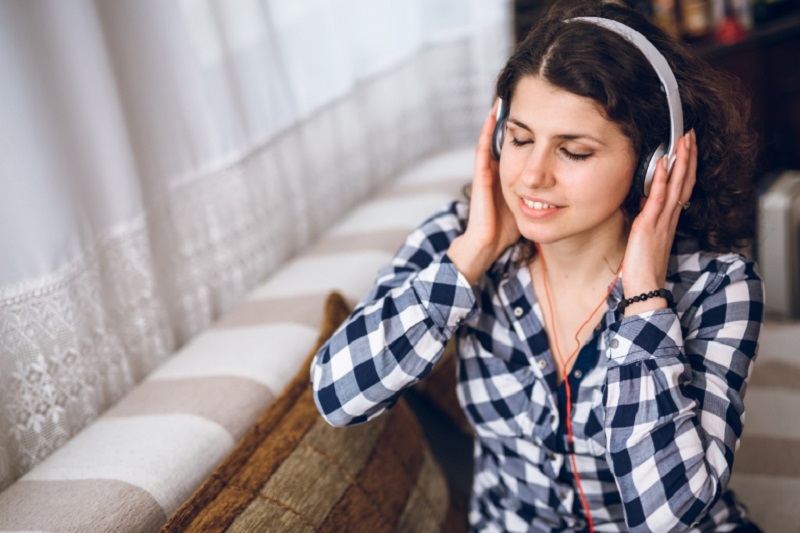 With most of the world starting to open up by the middle of the year because of vaccinations, it’s been quite an exhilarating year for music in 2021, with plenty of acts coming up with new albums and going out on tour. ― IStock.com/AFP pic

Well I didn’t, but that combination was exactly what came to my mind the moment I put on this album by Dazy, a totally home-recorded effort by one-man band James Goodson, whose press description on Bandcamp goes like this ― One amp, one mic, one person, countless hooks. And guess what, the guy’s not bluffing!

A compilation of everything he recorded in one year (hence the sub-title The First 24 Songs), this is a relentless assault on your pop senses, with hook after lethal hook giving your brain the kind of sugar rush you never knew you needed.

A little bit too underground when it comes to physical releases (only three pressings of 50 cassettes each so far), go give this a listen on Bandcamp or Spotify and thank me later!