So far, yet so near: Are you a super-commuter?

Monday, 13 Dec 2021 8:07 AM MYT By Alwyn Lau
Follow us on Instagram, subscribe to our Telegram channel and browser alerts for the latest news you need to know.
By Alwyn Lau

DECEMBER 13 — I recall, about 15 years ago, how a head-hunter tried to get me to take up a new position in a sorta brand new university.

I was living and working in Damansara at the time. When I asked the person where this university was, she told me Nilai, Seremban.

As someone who’s never driven more than 20 kilometres to work, I had to get over the shock of being asked to drive 50 kilometres one-way on a daily basis.

The head-hunter sought to persuade me by saying that with the highway, really, the time taken was practically the same — or even less given how KL traffic can be a nightmare. That, indeed, made sense.

Nevertheless, I said no (see note 1).

Since that time, I’ve met many people who make relatively long daily trips to the office.

I know one pastor who regularly drives more than 70 kilometres from his home in Seremban to his church in Bangsar. This mirrors what an admin clerk in a Speed 99 near my home tells me she does, too. 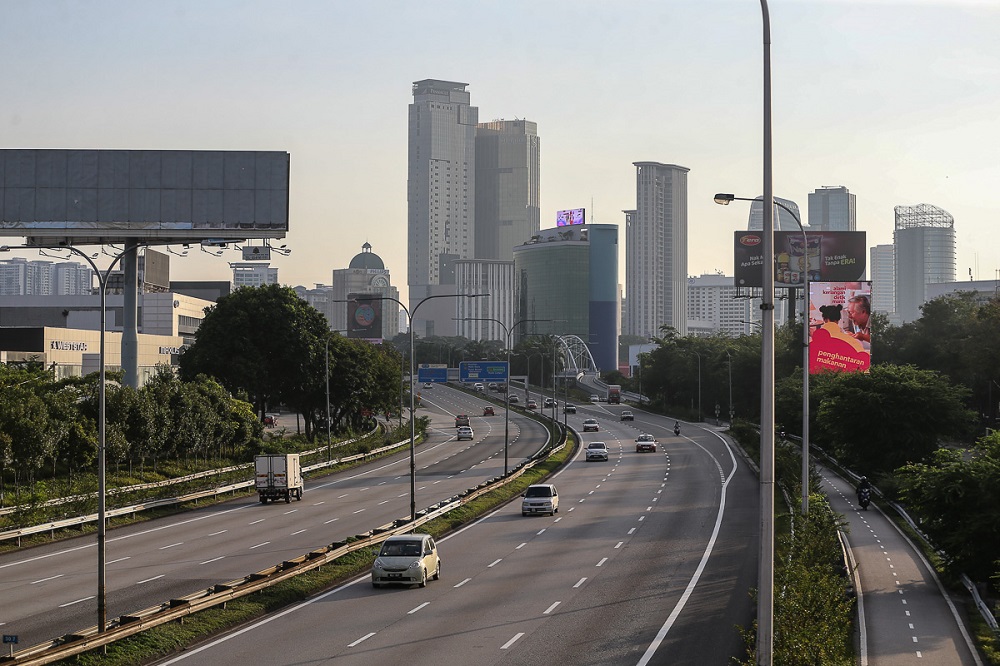 A general view of traffic in Kuala Lumpur. ― Picture by Yusof Mat Isa

One of my colleagues drives almost 100 kilometres Monday to Friday from Port Dickson to Cheras, as does a professor sitting near me in the office who lives in Tanjong Malim.

But nothing beats one of my former colleagues who, staying in Melaka, drove about 160 kilometres to Kota Damansara every day. That’s a 320 kilometres round-trip five days a week.

But why do they do this?

The obvious and almost nonchalant reason (confirmed by many of these folks) is because they have to and a few factors are pushing more people in this direction.

Jobs are not exactly abundant outside the Klang Valley, rents in KL are prohibitive and, well, petrol prices are less so.

This last factor, fuel costs, should be a sobering fact for those of us who don’t have to drive outstation to work every day. For us, a higher RON95 price is usually at best an annoyance; for super commuters it’s much more.

While I don’t have any official figures for regular outstation commuting, I’m willing to bet the number isn’t small. The Klang valley invariably attracts many folks with its higher salaries and a sub-set of these folks inevitably will be unable to move themselves and/or their families over.

If nothing else, I suspect the super-commuting phenomenon reflects the failure of these particular states in providing suitable jobs for their residents. Why should a husband in Melaka have to leave his family every day to work in KL? Why doesn’t Port Dickson have better job opportunities?

Needless to say, every one of these folks I’m aware of who makes these longish daily trips CANNOT WAIT to go home and see their families.

When we fortunate folks living and working in KL reflect on super-commuting, we can even detect some ironies. I, and many others, know of KL executives who, despite being less than 30 minutes away from their families, nevertheless choose to work until 9pm.

These same people may have counter-parts living in Ipoh who usually rush back soon after 5pm every day so they reach home in time to help their kids with their homework.

Super-commuting does hold a mirror up to varying family-work psychologies, doesn’t it?

Nevertheless, every one of the people I talk to about this “phenomenon”, whenever they tell me about their extraordinary distances of commuting, do so without a hint of either pride or despair.

No one has ever said they enjoy it a lot, but — surprisingly — neither has any of them complained. Not even an iota.

Perhaps, in this sense, super-commuting is a supreme example of that remarkable human quality of adaptation to both the peculiarly tragic and the uncommonly fortunate. Eventually we get “used to” whatever it is we’re experiencing which others can’t even imagine or dream of.

* Note 1: The head-hunter was asking me to drive outside of KL every day, but most of the people I’ve talked to are driving into KL. Hence, her point wouldn’t apply to them.