‘Alamak’, it is Kamala

It was the first stop of a very brief South-east Asia tour. From Singapore, she flew to Vietnam.

Notably this was only her second official overseas trip following a visit to Mexico and Guatemala in June.

Basically Harris journeyed to Singapore before she visited the UK, Japan or even Canada, all nations seen as core US allies.

This tells you firstly how valuable the Singapore relationship is to the US.

And secondly it shows us how the US is prioritising maintaining its position in South-east Asia — a region where its dominance is being challenged by China.

So while ostensibly her visit was fairly standard — she held long trade negotiations with Singapore’s prime minister, paid a courtesy call on the president and had an orchid named after her — there were a lot of dynamics at play.

Simply by visiting at a time when the US appears to be somewhat preoccupied with its embarrassing retreat from Afghanistan, Harris was making clear that it sees South-east Asia and Singapore as a core not a peripheral part of its agenda.

Quite notably during her short visit she also found the time to visit a US warship currently docked at the Changi naval base.

This is nearer the crux of the matter. Singapore remains the lynchpin of the US naval presence in South-east Asia.

While the US military does not directly maintain bases in Singapore, it co-operates very closely with Singapore’s military. The US Navy uses Singapore extensively for logistics and resupply.

In 2019, Singapore extended an agreement which gives the US access to Singapore’s military bases.

These bases and this access is increasingly critical as US rivalry with China ratchets up.

There has even been talk of the US looking to deploy a new fleet in Asia specifically to focus on South-east Asia and the South China Sea.

Such a move would infuriate Beijing and even without such big steps, Singapore’s cosy relationship with the US is not looked on very fondly by the Chinese government.

Which brings me to my next realisation from Harris’ visit. Her first name Kamala spelled backwards is “alamak” (a Malay expression indicating danger/be aware).

This actually occurred to me because MP Seah Kian Peng pointed it out in a Facebook post and it seems rather fitting — Kamala’s visit is definitely worthy of exclamation. 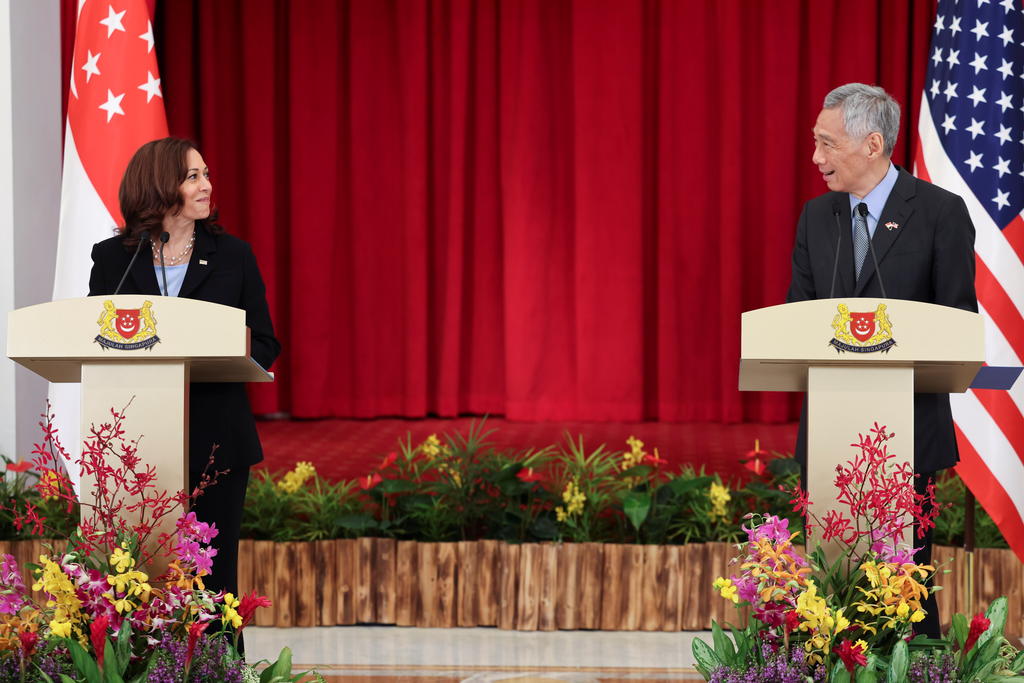 Many watchers are asking why Singapore is so high on the US priority list? And is it really in our interest to be so close to the US?

This is a very complex and core matter. Traditionally Singapore though ostensibly neutral has been more sympathetic to the US and the “West” in general than many of our neighbours.

Rarely have we had the fiery anti-colonial speeches given by the likes of Indonesia’s Sukarno or even the snide criticism of Western dominance issued by Malaysia’s Mahathir Mohammad.

This balance of alignment has not been easy but it has served us well. However, the world is changing.

China is our biggest trading partner and the US-China conflict is becoming more likely. Do we really want to be near the epicentre of it?

Just look at Harris’ next destination — Vietnam. For years Vietnam fiercely resisted US invasion and interference — with millions of lives lost.

Now the erstwhile enemies are growing close as both sides are looking to counter China.

An old lesson here is there really are no permanent friends in geopolitics.