‘Rasa sayang’: A sense of love and loss 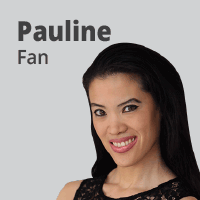 NOVEMBER 11 — The folk song and its pantun quatrains are known to all Malaysians. Rasa Sayang, one of the first songs children are taught in schools throughout the country, is in fact well known and well loved throughout the Malay Archipelago.

Regardless of age, ethnicity, regional identity, or class, Malaysians and Indonesians cheerfully sing along to the delightful refrain:

These lines are deceptively simple. They are concise and clear yet surprisingly difficult to translate, particularly while attempting to retain their lyricism. (A literal translation of the refrain would go something like this: Feeling love, feeling love; see the woman in the distance, feeling love.)

Rasa Sayang, the folk song and the phrase itself, encapsulates much of the Malay character — that special combination of conviviality, playfulness, earthiness, sensuality, subtlety and charm.

One could perceive it as a doorway to the Malay personality and psyche, as well as a lens through which one may view aspects of Malaysia’s collective subliminal self.

It is highly significant then that Malaysian artist Yee I-Lann has chosen Rasa Sayang as the theme and title of her present work. Born in Kota Kinabalu, Sabah, Malaysia in 1971, I-Lann’s artistic oeuvre seeks confluences, and connections across history, landscape, memory and cultural identity.

Her present work continues and further probes these preoccupations, considered through the conceptual prism of rasa sayang.

The phrase rasa sayang indicates both the act of feeling love or affection and the feeling of love itself. The Malay words rasa and sayang are both verb and noun, and sayang is also used as a pronoun.

Rasa means to feel (verb), feeling (noun) as well as to taste (verb), taste (noun); while sayang means to love (verb), love (noun), the beloved or sweetheart (pronoun). Like many Malay words and terms, rasa and sayang encompass multiple, layered meanings which ebb and flow depending on the context.

The Malay word rasa originates in the Sanskrit term meaning juice, nectar or sap, taste and flavour, feeling and emotion. It is perhaps not surprising that the same word is used for taste and emotions, since taste is the most internalised of all the five senses. To taste and savour involves consuming something of the world into oneself.

It is worth briefly considering the Indian aesthetic concept of rasa here as well, since the traditional worldviews, cultural expressions and aesthetics of the Malay Archipelago and much of South-East Asia have been shaped over the centuries by systems of culture and belief from India.

As an Indian aesthetic concept, rasa is the “aesthetic savour” of a work of art, an intrinsic element of a theatre, dance, or musical performance, or a visual or literary artwork, that is evoked in the viewer, audience, listener or reader.

The Britannica Encyclopedia describes the aesthetic concept of rasa as “a kind of contemplative abstraction in which the inwardness of human feelings suffuses the surrounding world of embodied forms.”

The Indian aesthetic theory of rasa is delineated in the Nātya Shāstra, a treatise on performing arts attributed to the sage-priest Bharata who is thought to have lived between the 1st century BCE and the 3rd century CE.

In the Nātya Shāstra, Bharata refers to bhavas, the moods that the actors perform, and the rasas, the emotional responses that the bhavas evoke in the audience. Bharata named eight principal rasas: love, pity, anger, disgust, heroism, awe, terror and laughter — each bhava is associated with a particular rasa.

The aesthetic concept of rasa was further developed by the Abhinavagupta (c. 1000 CE), who also theorised the ninth rasa of santam (peace). One can see that rasa in this context refers to the emotions evoked by experiencing a work of art, related to but distinct from the moods portrayed.

This aesthetic theory of rasa underpins Indian classical and traditional performing arts to this day, and has greatly influenced modern Indian cinema, all of which have had a major influence on Malay cultural forms.

Yet, just as the Indian epic of the Ramayana was transformed and improvised upon over the centuries by the imaginative brilliance of local Malay communities in the east coast of Kelantan, to be brought to life in their own distinct form of wayang kulit (shadow puppetry), the Sanskrit term and Indian concept of rasa acquires a distinct dimension and expression in the Malay sensibility.

Rasa in the Malay sensibility denotes an indefinable, intangible yet palpable (at times physical) sense of something. Rasa encompasses feeling both in the sensory and emotional sense — the sense of taste, the sense of touch, as well as the essence of emotion. Rasa can imply to feel something physically (with one’s fingers for instance); it has a slightly different emphasis from the term sentuh, which means to touch physically or to be moved emotionally (tersentuh). Rasa in Malay even approaches the level of thought. One may say, “Saya rasa…” and it could either mean “I feel” or “I think.”

In the Malay worldview and sensibility, rasa is imbued with an earthiness and physicality that locates a thought or feeling in the body itself. It is the intuitive instinct of both positive and negative emotions, and its intuition enhances its authority. It is something like a “gut feeling”, only more vivid, versatile and vast.

The word sayang originates from the Malayo-Polynesian linguistic realm, and is used in Malay, Indonesian, Tagalog, Sundanese and other languages of the Malay Archipelago. The principal meaning of the word sayang in the Malay and Indonesian languages is love and tender affection.

Another meaning of sayang is a sense of regret, pity, and loss. When a person utters “sayang” with a kind of descending sighing intonation, it is an expression akin to “what a pity!” or “alas!”, replete with the longing, sadness and regret that accompanies unrealised desire and thwarted aspiration. Interestingly, in Tagalog, the word sayang only has the meaning of pity and loss; there is no association to love.

Like rasa, sayang in the Malay worldview is also interiorised. While rasa starts with the act of consuming or experiencing something outside oneself and internalising it, sayang starts with the act of seeing; as the object of the viewer settles in the heart, the seeds of sayang are sown. The process of interiorisation of sayang is charted in a well-known Malay pantun:

From where does dove fly,

From the marsh down to the paddy;

From where does love come,

From the eyes down to the heart.)

As a pronoun, sayang is one of the most beautiful terms of endearment in the Malay language. The soft singing, almost sighing, tone of “sayang” when used to address the beloved is at once tender, playful, sensual, manja (asking to be indulged), and loving.

Yee I-Lann’s Rasa sayang (2014) forms the Prologue to an artwork series comprised of four chapters. The Prologue features a row of abstract embraces printed in vibrant orange and cobalt blue. Each embrace suggests a letter of the alphabet, spelling out the words rasa sayang.

I-Lann explains that the phrase rasa sayang came to form the conceptual theme of the Prologue because it encompasses — like the embrace — both a sense of love and its complementary opposite of loss. For I-Lann, the word rasa is one of the quintessential expressions of the Malay self, at once earthy and honest. She is also drawn to the layered ambiguous meanings in the word sayang, where nuances emerge depending on the tonality of speech. Sayang thus takes on a performative aspect, the inflections of voice serving as a form of body language.

The idea of body language finds perfect personification in I-Lann’s embraces — the arms, the only clearly visible form in the artwork, literally spell out a phrase. The embraces signify a strong emotional connection or a powerful need to connect. In the face of hardship or animosity one can choose to embrace, an act of companionship that is rooted in a sense of being human, and of recognising the humanness of another.

The abstraction of the figures and absence of detail in I-Lann’s embracing pairs heightens the sense of being human by removing of all markers of gender, race, age, and class. The identity of the pair no longer matters; they are simply two human beings in the act of embracing.

Here, we witness the embrace not only as a gesture of love, solidarity, consolation or reconciliation, but also as an act of empowerment, freeing themselves from the imposed identities and categories of state and society.

I-Lann further plays with the ambiguity of identities and categories in her use of colours. The blue and orange of the embraces are complementary colours — in exact opposition on a colour wheel. The meeting point or borderline where orange and blue converge tends to quiver, effecting a physical response in the retina of the viewer. If one were to look for some time at the image then immediately look at a white wall, an “after image” is formed, as happens with all complementary colours. The blue and orange exchange place in an inverse play of colours, leaving the viewer with a lingering after image of transposed embraces, and underscoring the notion that boundaries are porous and rigid categories are dissolvable if we choose to perceive them as such.

The embrace is a motif I-Lann first used in Chapter 1 of this series, a work executed in 2012 entitled The sun will rise in the East and deliver us from this long night. I-Lann came up with the idea of embraces for Chapter 1 as a means of alluding to a literal body politic, like a regional body such as Asean, as well as the idea of a nation as a single contained entity. The embraces were designed as calligraphic letters, to present a familiar gesture in a strange new perspective.

2012 was a pivotal year for political consciousness in Malaysia.  It marked the rise of political consciousness and activism in the East Malaysian states of Sabah and Sarawak. Sabah-born I-Lann perceived a clear separation between the aspirations of the people of East Malaysia and their reality of unfulfilled promises in present-day Malaysia, where decades of rapacious land-grabbing and forced assimilation and acculturation of native Borneans has gravely eroded their sense of self as well as their natural resources.

I-Lann felt that if the nascent political consciousness of East Malaysians could be harnessed, it could act as as a force for achieving much-needed balance and reconciliation in an increasingly racist, intolerant, corrupt and politically-polarised Malaysian society. Thus, Chapter 1 of the series came into being.

2012 also witnessed the heights of a people’s movement called BERSIH, culminating in the largest democratic protest by Malaysians calling for free and fair elections. During that BERSIH rally, I-Lann had created a huge banner about 40 feet long made from open sarong cloth that she had stitched together, with the words rasa sayang painted across. I-Lann recalls that she painted the phrase rasa sayang because felt an overwhelming sense of love for the people of Malaysia during this time, a great sense of shared hope and desire.

At the same time, however, she could not help but feel a sense of sadness, a poignant sense of the layers of loss and hurt endured by ordinary Malaysians – loss of civic freedom, loss of culture, loss of land, loss of selfhood. This was perhaps an incipient incarnation or a ‘study’ for I-Lann’s present Rasa sayang work.

In the subsequent chapters of this series, I-Lann will continue to explore the nexus between culture, landscape, place, orality and literacy, the figurative, language, power and politics. She will no doubt unearth hidden passages to our subliminal self, revealing to us the interstices where ambiguities, uncertainties and multiple truths reign, leaving us with after images that make us question our complacent sense of accepted reality.

Note: This essay was originally published for an exhibition of Yee I-Lann’s work, Rasa sayang, by Mind Set Art Center at Art Taipei 2014.

* This is the personal opinion of columnist.