A shopper puts on rubber gloves after arriving at one of the shopping malls in Kuala Lumpur, May 26, 2020 — Picture by Shafwan Zaidon
Follow us on Instagram, subscribe to our Telegram channel and browser alerts for the latest news you need to know. 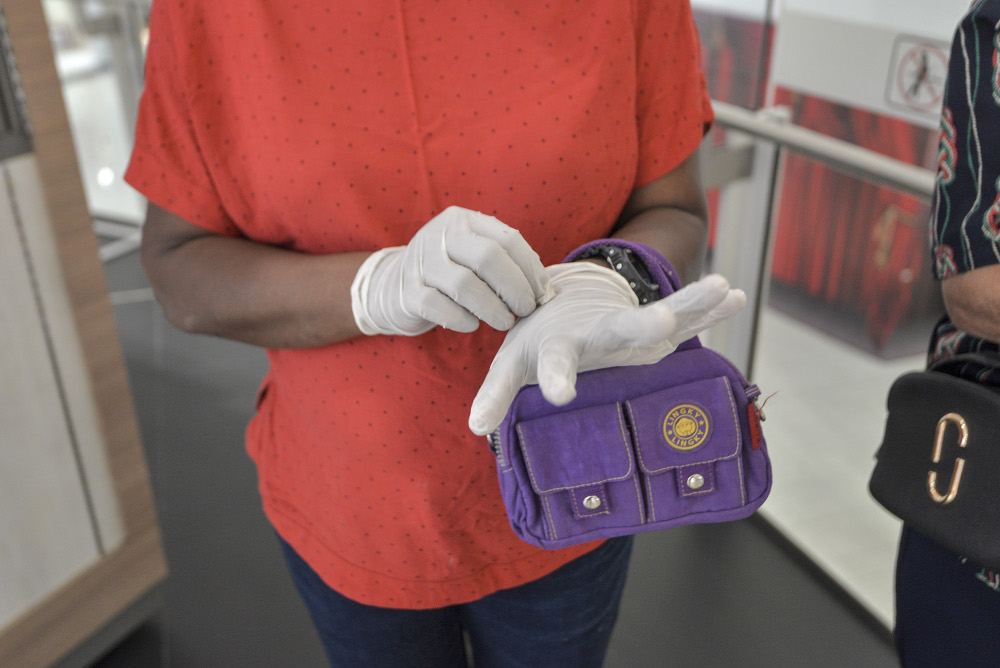 L&S Gloves said the partnership with Inix would expand the factory line to 14 with a potential production of over 11 billion pieces of rubber gloves a month and secure a minimum profit of RM5 million monthly for the company. — Picture by Shafwan Zaidon

Executive director Siva Kumar Kalugasalam said the investment included the cost for taking over the company, working capital, expanding the factory’s production line in Beranang, Selangor and others.

“By embarking into this rubber business, I reckoned it will contribute between 40 and 50 per cent of our total group revenue.

“Eventually, once we have expanded all production lines, the rubber glove factor will the largest contributor for our revenue,” he told reporters after the signing of a memorandum of agreement with L&S Gloves here today.

He said the operation and revenue generated from the new venture would approximately materialise between the second and third quarter of financial year ending Jan 31, 2022.

On Inix’s initial plan to acquire a factory located at the Sendayan Industrial Zone in Negri Sembilan, he said the company was relooking at all of its strategies to which are the quickest way of getting into the rubber glove business.

“Being a partner with L&S Gloves is the fastest because we already have production going on.

“We are not (calling off the Sendayan acquisition) as of now; we are still looking at ways to maximise the situation, maybe we will restart the whole operation at the other side as well,” he said.

Meanwhile, L&S Gloves director Teo Xiong Sheng said the company’s factory currently has two production lines with a capacity of 16 million pieces of rubber gloves per month which enabled the company to generate a net profit of RM300,000 in October.

He said the partnership with Inix would expand the factory line to 14 with a potential production of over 11 billion pieces of rubber gloves a month and secure a minimum profit of RM5 million monthly for the company.

“The construction period for two lines will take approximately three months and we hope the entire expansion plan will be completed by the fourth quarter next year,” he said.

He said 97 per cent of the production would be exported to China and India and the remaining for domestic consumption.

He added that the company was also eyeing new markets such as Europe. — Bernama

Ringgit likely to appreciate but to trade range-bound next week