In its Financial Stability Review for the first half of 2021, BNM noted that occupancy rates and rental rates for shopping complexes and office space have continued to fall. — Picture by Ahmad Zamzahuri
Follow us on Instagram, subscribe to our Telegram channel and browser alerts for the latest news you need to know.
By IDA LIM

KUALA LUMPUR, Sept 29 — More and more space in Malaysia’s offices and shopping malls may be left unoccupied, while rental prices for such commercial properties may also go down due to the impact of the Covid-19 pandemic, Bank Negara Malaysia (BNM) suggested today.

This would be due to changes such as consumers opting to shop online instead.

In its Financial Stability Review for the first half of 2021, BNM noted that occupancy rates and rental rates for shopping complexes and office space have continued to fall.

“Average rental rates for office and retail space in the Klang Valley have now declined for four consecutive quarters since the third quarter of 2020,” it said in highlighting the continued downward trend since the July to September 2020 period.

Similarly, the same set of data showed vacancy rates in retail space in the Klang Valley increasing from 25.4 per cent to 26.3 per cent and finally to 26.4 per cent over the same periods. 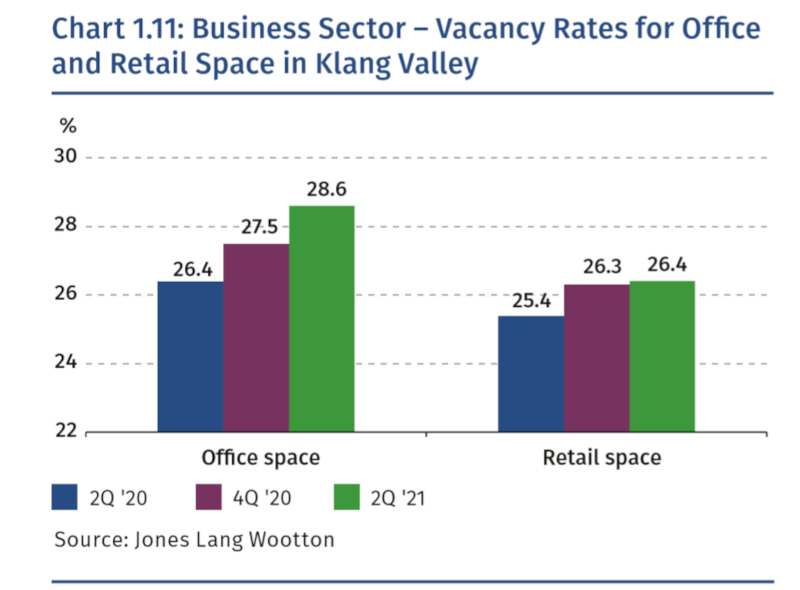 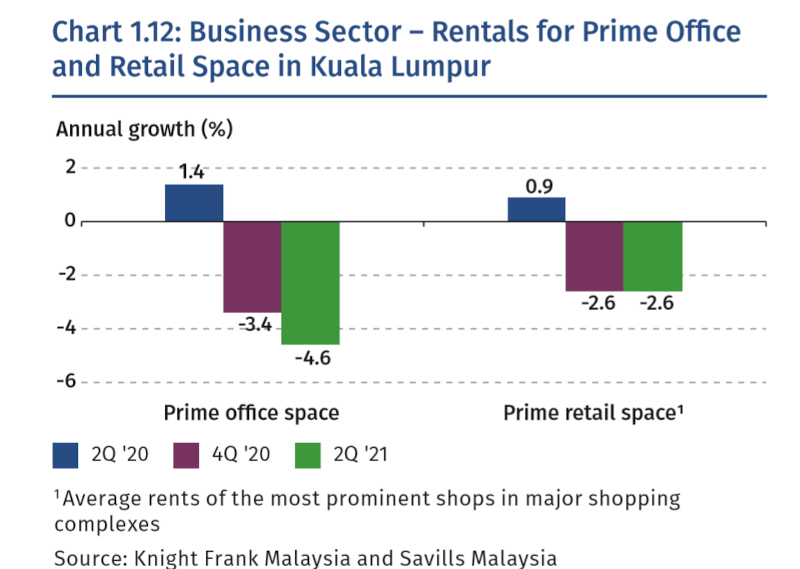 Even with lower incoming supply of such commercial space after developers cancelled and deferred some projects, BNM noted that vacancy rates had increased across all key states in Malaysia as several commercial property developments were completed amid “persistent weak demand”.

“Despite various extensions of rental relief, up to half of mall operators reported significant difficulties collecting rent from their tenants,” BNM said, referring to the Malaysia Shopping Malls Association’s (PPK Malaysia) survey in August.

“This will continue to adversely impact the cashflows of mall owners, particularly for malls in non-prime locations with relatively higher vacancy rates.

“Looking ahead, vacancy rates could continue to rise and place further pressure on rents as a result of structural changes brought about by the pandemic, including flexible working arrangements and a shift in consumer spending patterns towards e-commerce,” BNM added.

With banks having limited direct lending exposures for office and retail commercial properties that make up just 3.1 per cent of total banking system loans, BNM said the lower occupancy rates and rental pressures are not expected to significantly increase risks to financial stability in the country.

However, BNM also noted that the resulting “broader spillovers to the economy could heighten risks for banks”. 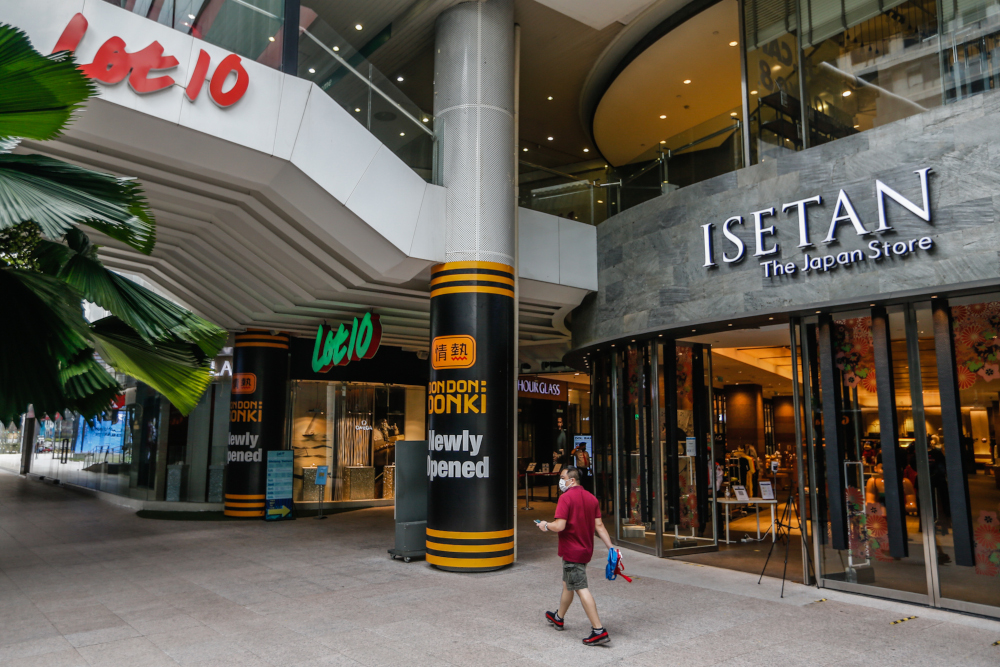 What the malls had experienced

Previously, PPK Malaysia had on August 12 released the results of its survey together with research firm Stratos Pinnacle SB on 94 shopping malls nationwide — with 63 per cent in the Klang Valley and suburban areas — from July 23 to July 30. At that time, businesses allowed to open in most of these malls were only those considered “essential”, with only up to 20 per cent of their tenants operating then.

In that survey, most malls were found offering rental rebates to their tenants, with 40 per cent of these malls offering between 30 to 50 per cent in rebates.

The survey also found that the pandemic and impact from restrictions to curb the spread of Covid-19 had resulted in 30 per cent of shopping malls being unable to collect rental from more than 70 per cent of tenants, and almost 50 per cent of the malls have up to a year of overdue payments owed by tenants.

The survey found that 32 per cent of malls said they only had enough cashflow for three months or less, which had resulted in the majority of the malls reducing headcount by 10 to 20 per cent and with almost 80 per cent of them implementing salary cuts.

The survey had then found 60 per cent of the malls to have suffered a decrease in footfall or the number of visitors by 60 per cent to 90 per cent as compared to pre-pandemic levels, with a similar decrease in terms of sales.

The survey in July also saw 44 per cent of the malls believing that their business could take up to one year to recover once restrictions are lifted as they expect consumers to most likely continue staying at home.

In sounding the alarm then, PPK Malaysia had in August highlighted the importance of the retail industry which contributed 34.7 per cent to the country’s economy or GDP in 2018, and the need for it to reopen and revive to contribute to the recovery of the economy. The government has since relaxed restrictions and allowed the opening of many businesses following the increased rate of Covid-19 vaccination in the country.