Covid-19: After losing both parents to coronavirus, many such orphans in Malaysia may also lose their future

Mohamad Faiz flanked by his sisters Nur Syazwani (left) and Nur Sofiya who were overcome with grief. — Picture by Ahmad Zamzahuri
Follow us on Instagram, subscribe to our Telegram channel and browser alerts for the latest news you need to know.
By YISWAREE PALANSAMY

KUALA LUMPUR, Sept 22 — Unlike your average 16-year-old, Mohamad Faiz Yusni hardly smiles and when he does, it is clearly forced.

Dressed in an old T-shirt and black pants, he looked down often during the meeting with Malay Mail at his grandparents’ home in Gombak.

But when you realise Mohamad Faiz and his three other siblings lost both parents to Covid-19 within a week of each other you can understand why.

And as if that was not sad enough, they lost their grandmother a week later.

They are now being cared for by their uncle Rozaimi Rizal Mursal, 46 and his wife Normawati Ahmad, also 46.

“It is traumatic and it has yet to sink in for them,” Rozaimi, the eldest brother of Mohamad Faiz’s late mother, said.

“They keep everything inside. They do not show it. Even this one... for all his jovial antics. It’s yet to sink in,” he added, saying that at night the children tend to get emotional. He was referring to the youngest Mohamad Faahil, nine, who was playing around happily during the interview.

The other children are Nur Sofiya, 14 and Nur Syazwani who is 10.

Their mother Salawati Mursal, 41, had contracted the virus from her office (she worked in a bank). She passed it on to her self-employed husband, Yusni Ibrahim, 54 and her mother, Rasmi Su’un, 67.

The children too were infected but displayed mild symptoms and later recovered. 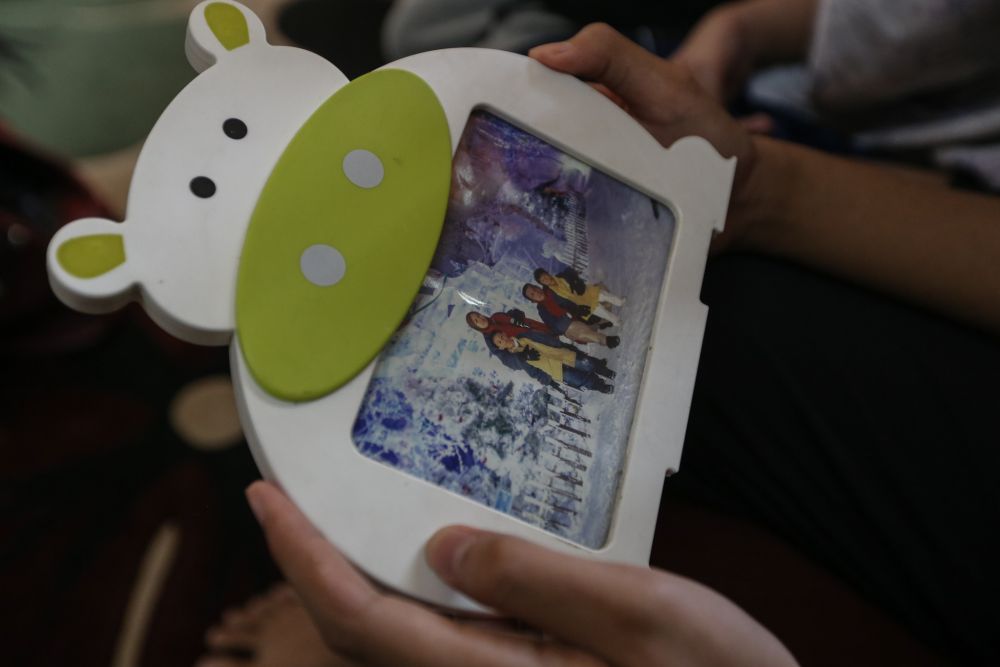 Salawati died as she was being taken to hospital from their family’s low-cost apartment. She collapsed in the parking lot. Her husband and mother died at the Selayang Hospital.

Women, Family and Community Development Minister Datuk Seri Rina Harun said recently there are 4,422 children who have lost a parent, parents or guardian due to Covid-19 up to September 13, 2021.

She said 154 became orphans as they lost both parents to Covid-19. Rina added that these children will be placed in welfare homes or with other families while aid will also be given to them as stated in Budget 2021.

Rozaimi and Normawati, who have no children of their own, are not afraid to shoulder the responsibility of raising the children but are worried about the financial cost of their education.

The children themselves do not have any idea on what they would like to do next.

“Not sure, yet,” Mohamad Faiz answered when asked. This was the same reply he gave throughout much of the interview.

Their grandmother was infected with the coronavirus after she visited her daughter and her family to send them food and ensure the children were okay.

“She simply would not sit at home. She was extremely worried about her grandchildren. She was very loving,” Rozaimi said. 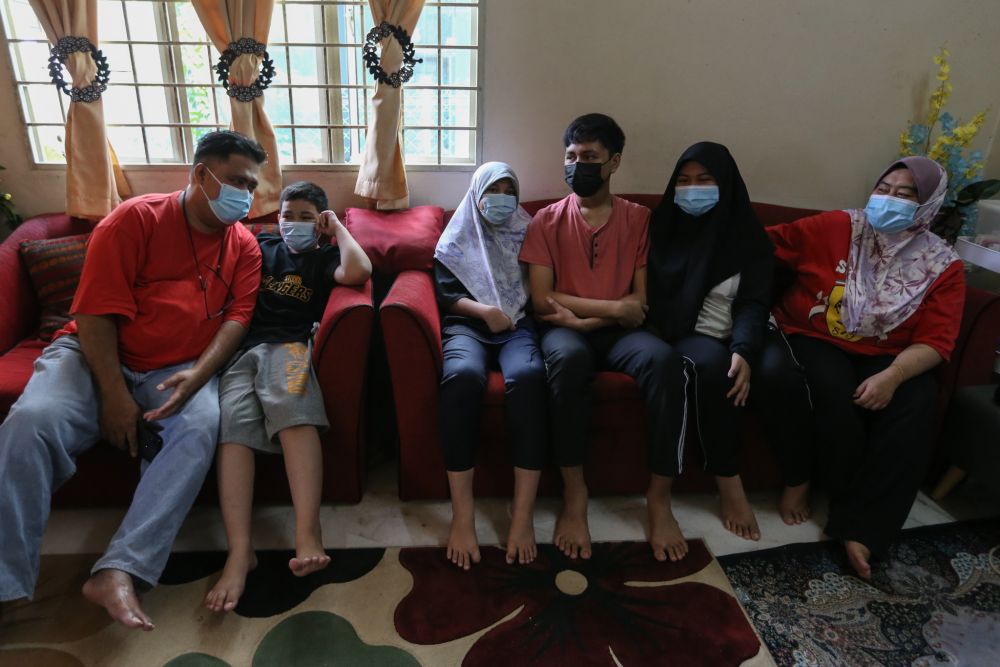 The four siblings, who lost their parents to Covid-19, are being taken care of by their uncle and aunt Normawati Ahmad (extreme right). — Picture by Ahmad Zamzahuri

Mohamad Faiz explained that his younger siblings understand what happened although it may not have completely sunk in yet for his youngest brother.

He said that he is not worried as yet, though he does wonder about their future.

“Not sure,” Nur Syazwani also replied when asked about her future. Later during the interview, however, she told the Malay Mail that she hopes to be a police officer.

“I want to be a police officer. The uniform is nice.

“I want to fix my hand also as it’s an important thing in the police force,” she added.

She is not able to fully lift her right arm due to a birth defect and feels that if not treated, it may affect her chances of getting into the police force. An ambition she secretly harbours, said her aunt.

She was taken for traditional massage sessions by her parents, to help improve her arm mobility but now that they have died, the responsibility falls squarely on her uncle and aunt who are also struggling during the pandemic.

“I was closest to my father. The rest of them were close to my mother,” Nur Syazwani said. 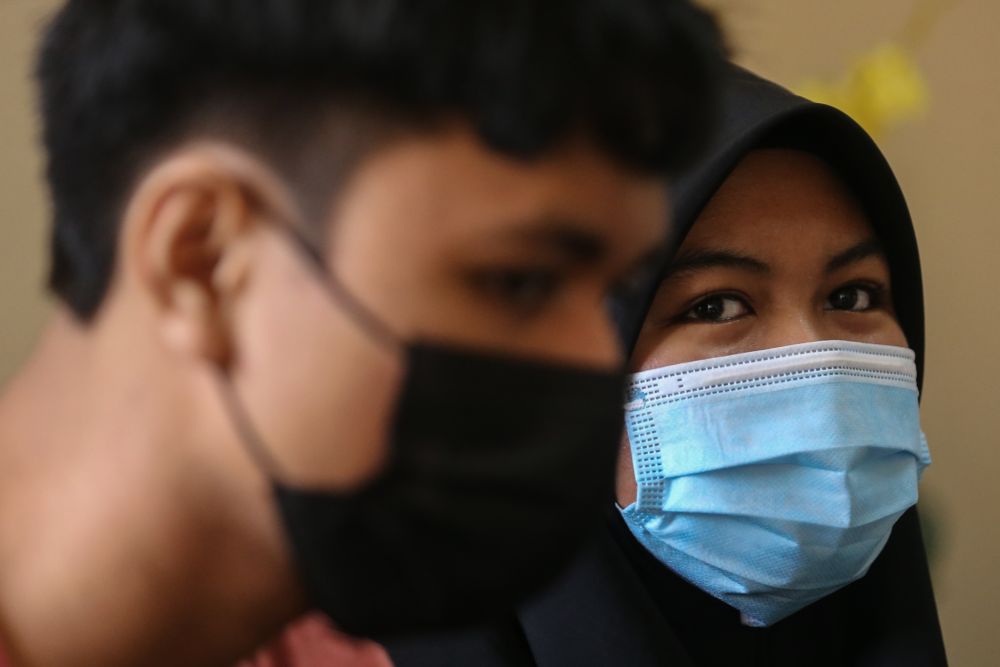 Mohamad Faiz Yusni, 16, and his sister Nur Sofiya who is 14. — Picture by Ahmad Zamzahuri

“I cry alone at times. The others, they are alright. I am the one who cries. My friends, they call and give me words of encouragement,” Nur Sofiya said.

“I don’t know for how much longer I will be around and I am trying to do my best. The children don’t know about the actual financial issues and we have to plan for them,” Rozaimi said.

“But as long as I live, these kids will be under my care. I will not send them to any homes. We are their home. I understand them. I lost my mother too,” he said, adding that he had received a phone call from a charity home which offered to take the children.

He added that he is working to settle his sister’s and her husband’s debts; their home loan and credit card issues are the most pressing.

“As Muslims, we need to look into that. I hope their insurance covers the house,” he said.

These are the hopes of Rozaimi and Normawati for the four siblings and other children who have suffered the same fate as them.

Rozaimi said the government should ease bureaucracy for children like his nieces and nephews who have lost their parents to the pandemic, when it comes to paperwork. 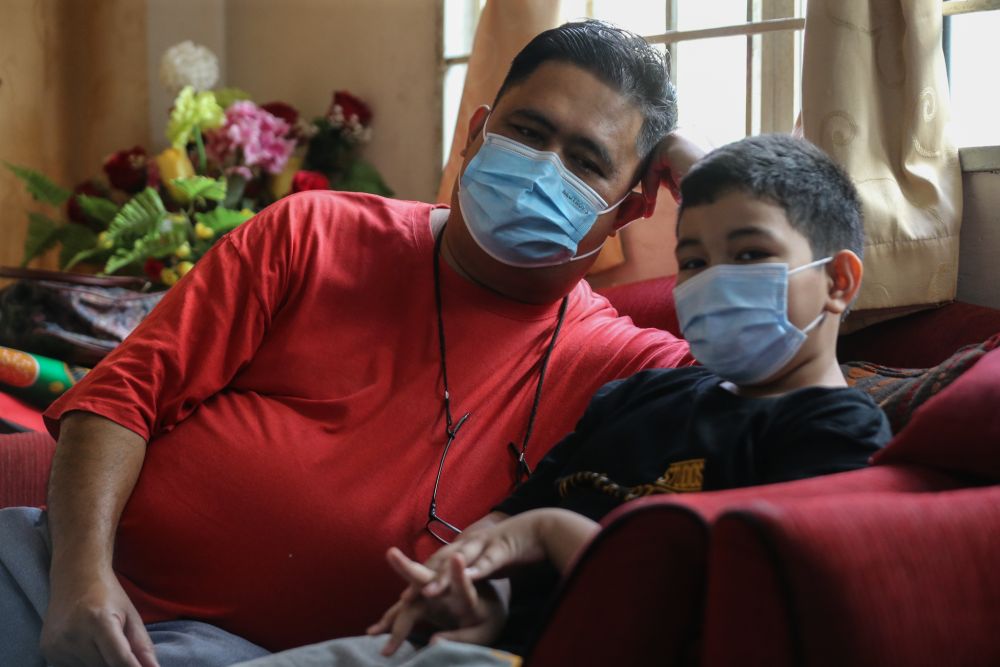 Rozaimi Rizal Mursal with his youngest nephew, Mohamad Faahil, who is nine. — Picture by Ahmad Zamzahuri

For those left without homes, he hopes the government would make practical policies for housing and welfare.

“Home is also important. Please help to ease paperwork matters for us. Help those like these kids to live in safe homes. They are vulnerable. Also please make aid registration with the Welfare Department easier. They are only children,” he added.

Pastor Prince Jon of The King’s Tabernacle church in Cheras, who is also a social worker, echoed what Rozaimi said.

“These children need it more than others because this can determine their future. Next is education, it is important for them because that is what can sustain them when they are older, and we know good education is not cheap. I would like to request or urge our government to create a fund or a special programme for those children who have lost their parents to Covid-19 or otherwise, because they truly need it.

“This should be not just for a few years but until their higher studies. The government or nation will not lose anything but gain more educated citizens who can be an asset to the nation. They are the future,” he said.

In July, the United Nations Children’s Fund (Unicef) executive director Henrietta Fore said that the organisation is worried for children who have lost one of both parents to the pandemic.

“As with all crises and health pandemics, the most vulnerable children are at increased risk of losing parental care — due to death, severe illness or financial hardship. This in turn increases their risk of being placed in unsuitable alternative care.

“While it’s too early to estimate the number of children orphaned or abandoned as a result of the pandemic, a spike in deaths in some countries means many children already vulnerable to the impact of Covid-19 face further emotional distress and protection concerns,” Fore said.

She added that children who are placed in an alternative care system are regularly isolated from their families and local communities and can endure physical, psychological, emotional and social harm, with consequences that last a lifetime, as they are deprived of parental care.

They are also more likely to experience violence, abuse, neglect and exploitation.