Muar MP Syed Saddiq Syed Abdul Rahman speaks during a press conference at the Kuala Lumpur Court Complex July 22, 2021. — Picture by Firdaus Latif
Follow us on Instagram, subscribe to our Telegram channel and browser alerts for the latest news you need to know.
By IDA LIM

Muar MP Syed Saddiq was providing an immediate response to Ismail Sabri’s maiden speech today as the prime minister, noting that the latter had “promised to be together with the youths”.

“You were with us sir on #UNDI18 when you were leader of opposition,” Syed Saddiq wrote on Twitter today, pointing to the past when Ismail Sabri was then Opposition Leader in Parliament when Pakatan Harapan (PH) was in power from May 2018 to February 2020.

In his tweet, Syed Saddiq attached a photo of Ismail Sabri holding up a poster in support of “Undi18”.

“Undi18 should have been implemented two months ago, but Perikatan Nasional broke the promise,” Syed Saddiq wrote, referring to the coalition that took over as government in February 2020 under Tan Sri Muhyiddin Yassin’s then leadership as prime minister.

“This is a historic bipartisan agreement. Let’s do this together,” Syed Saddiq added, referring to how both the opposition and government politicians had agreed back in 2019 to change the country’s laws to enable Undi18.

You were with us sir on #UNDI18 when you were leader of opposition.

This is a historic bipartisan agreement.

Let’s do this together. pic.twitter.com/SRFre49Nuu

When he was the youth and sports minister under the former Pakatan Harapan government, Syed Saddiq was instrumental in ensuring unanimous support from government and opposition MPs to amend the Federal Constitution in July 2019 to lower the minimum voting age from 21 years old to 18 years old.

But the constitutional amendment that would allow Malaysians aged 18 to 20 to vote has yet to be implemented, despite having been passed unanimously in both the Dewan Rakyat and Dewan Negara.

Both these two constitutional amendments — Section 3(a) and 3(b) — have not come into force in Malaysia yet, as they will only come into operation on a date to be appointed by the Yang di-Pertuan Agong via a notification to the public through yet another government gazette.

Such a government gazette has yet to be made, as the government has pushed the implementation date to next year.

The federal government and the Election Commission had since 2019 repeatedly said that the lower minimum voting age of 18 years old is expected to come into effect by July 2021.

But in March 2021, the EC said the lower voting age and the automatic voter registration are both expected to be implemented after September 1, 2022, due to various reasons such as the movement control order (MCO) hampering the EC’s preparations. 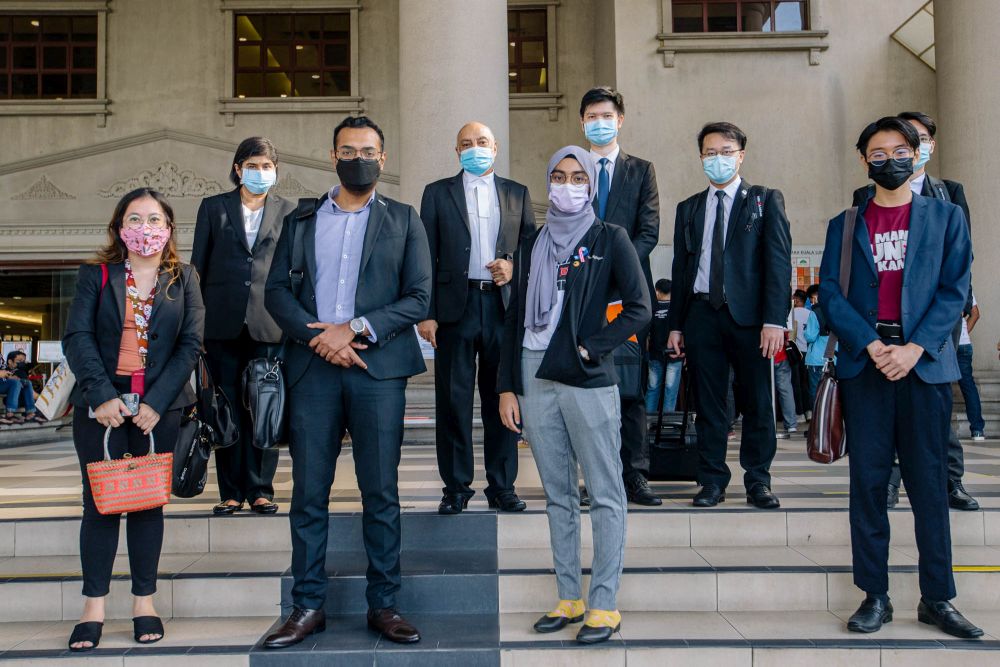 Malaysian youths who filed a lawsuit to push for their right to vote by July 2021 are seen with their lawyers at the Kuala Lumpur Court Complex April 19, 2021. — Picture by Firdaus Latif

Following the EC’s announcement that Undi18 would not be possible by July 2021, a total of 18 Malaysian youths aged 18 to 20 filed a lawsuit on April 2, 2021 to challenge the delay and the failure to implement Undi18 within a reasonable time. This lawsuit will be heard by the High Court in Kuala Lumpur tomorrow.

Separately, five Malaysian youths aged 18 to 20 had on May 4, 2021 filed a similar lawsuit in the High Court in Kuching, Sarawak, with the court expected to deliver its decision on August 30.

The government has so far maintained in court proceedings that both the lower voting age and automatic voter registration must be implemented together and that time was needed to do so, while the Malaysian youths have so far said the lower voting age could be implemented immediately and separately as youths could still manually register themselves under the current system. 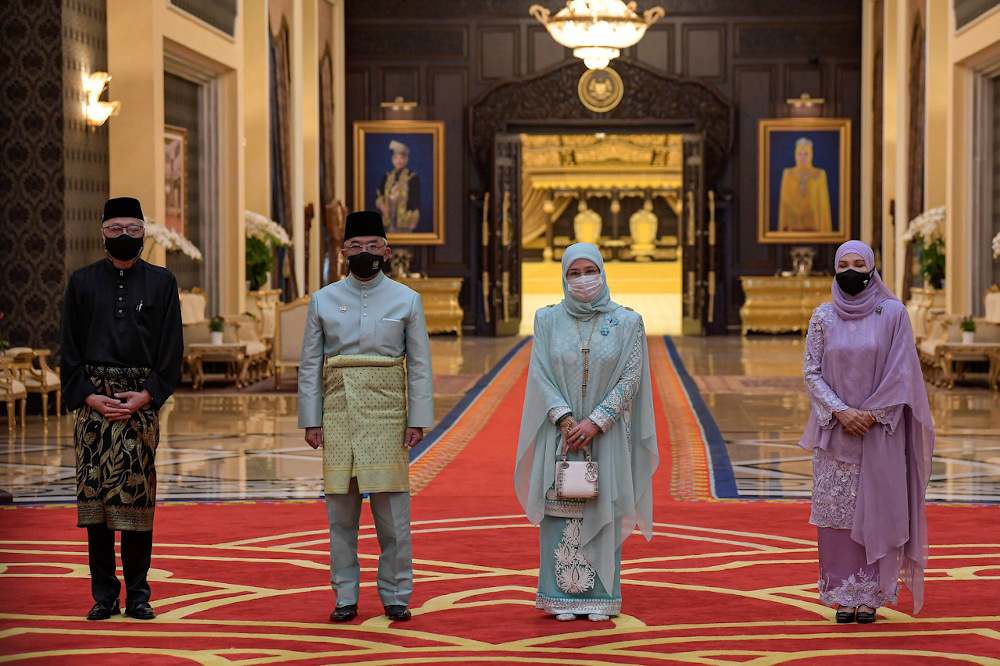 Today, Ismail Sabri had said the involvement of young Malaysians was required to achieve the new government’s economic objectives of boosting consumers’ purchasing power and strengthening the private sector’s role as drivers of the country’s economic growth.

“For this, I will ensure that the voice of youngsters is heard and considered in this government.

“To the young people out there, worry not, your involvement is highly appreciated, and it is my fervent hope that you will be together with this government in ensuring the success of our national recovery agenda,” he had said in his inaugural speech that was broadcast live on television.