Senior Minister (Security) Datuk Seri Ismail Sabri Yaakob said today that 917 were fined while 49 were remanded for investigations. Another four were released on bail.

“Among the recorded offences were not obeying physical distancing (265), not wearing face masks (203), illegal crossing of state/district/eating at premises (133), failing to record their details in premises (117), going over the limit allowed inside a vehicle (111), and others (21),” he said in a statement.

He added that 21 migrants were arrested as part of Operation Benteng yesterday, and five land vehicles were seized. 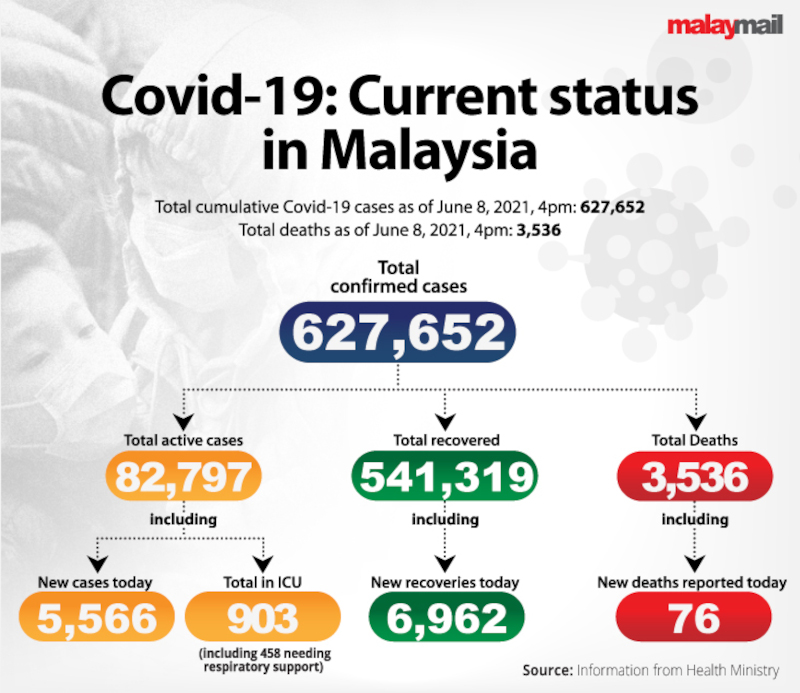