Rescue personnel tending to injured passengers at KLCC station during an incident involving trains numbered 40 and 81 at the LRT Kelana Jaya line, May 24, 2021. — Picture by Firdaus Latif
Follow us on Instagram, subscribe to our Telegram channel and browser alerts for the latest news you need to know.
By KENNETH TEE

The minister said there have been confirmed injuries among the passengers but no deaths have been reported. 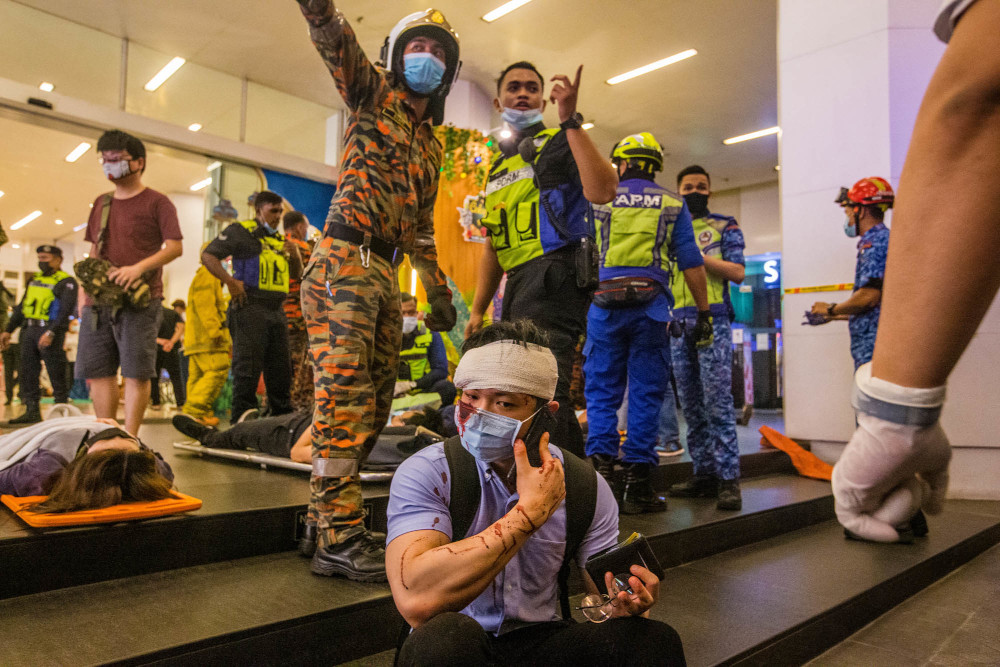 An injured passenger at KLCC station, May 24, 2021. — Picture by Firdaus Latif

“Preliminary report: trains carrying passengers and an empty train collided, causing some passengers to be flung and others to fall.

“Train from the Ampang station. The incident occurred at the KLCC underground tunnel,” he said on his Twitter account.

Prior to that, Prasarana Malaysia Berhad confirmed an “incident” along its LRT Kelana Jaya line involving two separate trains today. 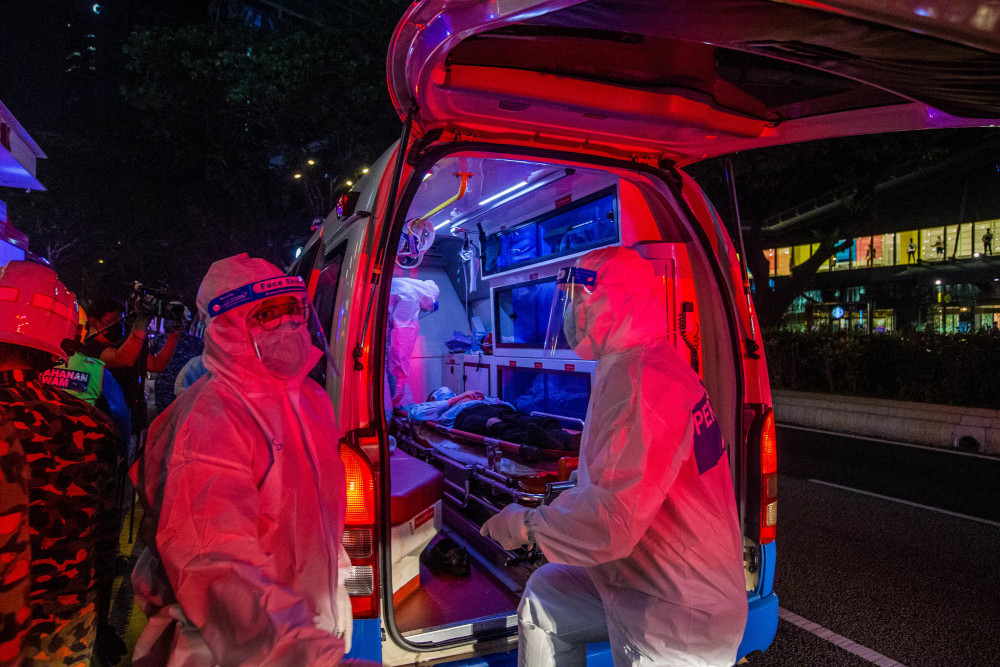 An injured passenger is seen inside an ambulance van, May 24, 2021. — Picture by Firdaus Latif

The photos also showed broken glass and debris strewn about the floor of train coaches as several passengers could be seen reassuring the more injured passengers lying on the floor.

Other photos also showed rescue personnel tending to the injured at KLCC station.

“Greetings, we would like to announce that the LRT Kelana Jaya Line is currently experiencing an incident involving trains numbered 40 and 81.

“Our team is mobilising assistance and ongoing rescue efforts. Please remain calm and obey all instructions,” it said in a brief statement here.

In a later press conference, Transport Minister Datuk Seri Wee Ka Siong said at least 166 people were hurt including 47 with serious injuries during the incident.

According to Wee, the collision happened at about 8.30pm and involved two trains, one carrying passengers and another vacant train on a test-run.

The trains on the LRT Kelana Jaya line are automated and driverless.

The accident today is the worst to involve any of Malaysia’s modern rail and rapid transit rail lines.