Waste art sculptor William Koong Wei Lien said the first sighting of the foamy river took place shortly after midnight on May 1. ― Picture by Shafwan Zaidon
Follow us on Instagram, subscribe to our Telegram channel and browser alerts for the latest news you need to know.
By KENNETH TEE

PETALING JAYA, May 4 ― Barely a month since Sungai Kim Kim in Pasir Gudang, Johor, made headlines due severe contamination caused by the release of pollutants, another river, Sungai Damansara in Selangor, turned foamy about a week ago.

He was at an elevated shoplot on the first floor overlooking the river when he noticed the river’s surface was coated in a blanket of white foam.

“The sighting was around 12am and when I left the area around 2am, it was still there.

“There was a mild chemical stench to it, similar to something of a drain cleaner,” he said when met by the river bank here at Ara Damansara.

He also said dead fish were seen in the river the following day, according to an acquaintance who lived further upstream where a similar sighting occurred.

“Just a week ago around April 23, we also saw otters frolicking by the river banks and now we’re not sure what has happened to them after this,” he added.

Koong, who is also Taylor's Me.reka Makerspace director, said he subsequently recorded the footage of the river and said footage was then uploaded to Biji-biji Initiative’s Instagram account the following day.

While the nature of the foam was still unknown, Koong has urged the authorities to look into the matter seriously and take appropriate action against any perpetrators identified.

“The authorities need to make an example of the perpetrator and don't look at this issue as small. Take it seriously,” he said, adding that the authorities should harness available technologies to better control industrial wastes especially in urban centres.

Separately, another artist Mohd Anuar Mustapa whose art studio was located further downstream and overlooked the river, also related an incident that took place on April 30.

Like Koong, Mohd Anuar said he noticed the foamy river around 11pm from his studio’s window.

Much to his surprise, Mohd Anuar said he saw dead fish floating on the river’s surface around 9.30am on May 1, after the white foam subsided.

He also adds that he could not smell any stench on the night of April 30 and subsequently lodged a formal complaint with the Petaling Jaya City Council (MBPJ).

Mohd Anuar also called for the authorities to take swift and appropriate action against the perpetrators of the river pollution since an official complaint has been lodged.

“I hope local governments are able to monitor their rivers more closely and do the necessary rehabilitation,” he added.

When contacted, a MBPJ spokesperson said they were unable to provide any comment as river management fell under the jurisdiction of the Department of Irrigation and Drainage (DID).

Malay Mail has reached out to the DID for clarification. 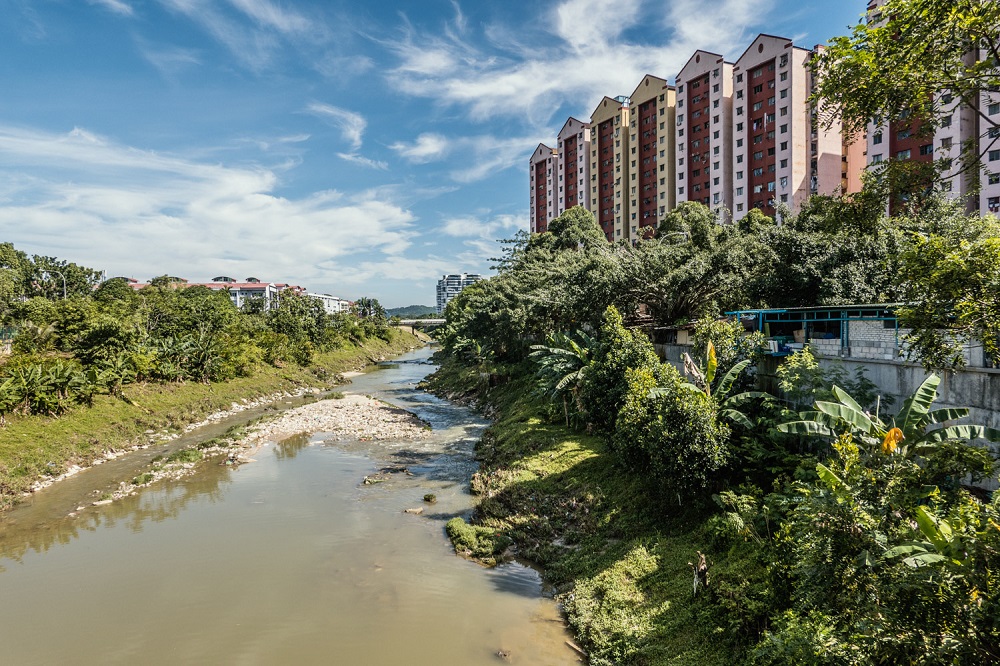 A general view of Sungai Damansara where it turned foamy on the night of April 30. ― Picture by Shafwan Zaidon