KOTA BARU, May 3 — The capacity of the Covid-19 Low-Risk Quarantine and Treatment Centres (PKRCs) and hospital facilities in Kelantan are now at a critical level due to the rising number of daily Covid-19 cases that have reached three digits over the past two weeks.

“The intensive care units in hospitals have also reached almost 100 per cent capacity causing patients to be placed in regular wards. 60 units of ventilators have been reduced to only five units,” he told reporters at a press conference after the special meeting of the State Security Council Committee (JKKN) at the Darulnaim City Complex, here today.

Dr Zaini said, besides that, over 2,000 Covid-19 patients in Kelantan were placed under House Isolation Order (HIO) due to insufficient beds at the PKRCs.

“Those who were ordered to undergo HIO are placed at home, so the infectivity rate (Rt) is also higher, which is one in three infections. For example, 2,000 patients could spread 6,000 to 10,000 infections,” he said.

Dr Izani said to resolve the matter, the state government had agreed to open a field hospital at the Padang Perdana site, in addition to one PKRC at the Kelantan Trade Centre (KTC) that could accommodate 1,000 patients.

“When we have to open a field hospital, it shows that the situation in Kelantan is becoming more critical,” he said adding that the state government also had to request additional manpower from the Ministry of Health.

On the spread of the South African variant B.1.351 which was also detected in Kelantan, Dr Izani said it was believed to be due to interstate travel of its people who returned to the state after attending a wedding in Kuala Lumpur.

Dr Izani urged all quarters including the people of Kelantan, travellers as well as the VIPs to refrain from making interstate travel unless there are important matters. — Bernama 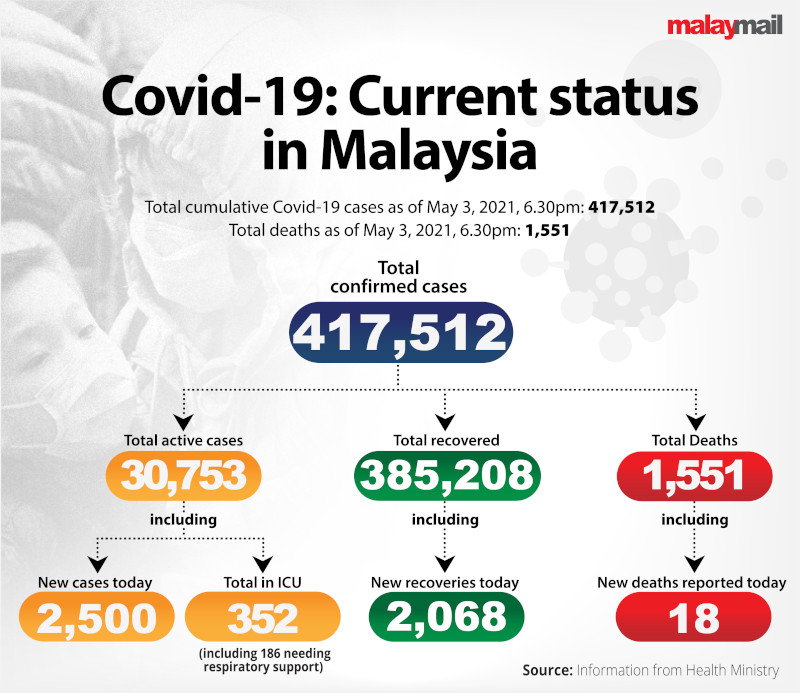