Domestic workers are not servants, says NGOs calling for amendment of Employment Act 1955 to protect the vulnerable group

Domestic workers currently have very few protections under the law. — AFP pic
Follow us on Instagram, subscribe to our Telegram channel and browser alerts for the latest news you need to know.
By KEERTAN AYAMANY

KUALA LUMPUR, March 7 — Women’s aid organisations have started a campaign to change laws that exempt domestic workers from protection under the Employment Act (EA) 1955, leaving them classified as “servants” and claimless to basic rights such as rest days, sick leave and maternity benefits.

The campaign, named “Kakak Juga Pekerja” — after the Malay moniker for domestic workers — was jointly launched today by the Selangor Friends Of Women Association, Empower Malaysia and Tenaganita, through a video stream on Zoom and Facebook.

“In conjunction with International Women’s Day 2021, we are shining a light on the voids in the law with the launch of the #KakakJugaPekerja campaign that will call on the government of the day to amend the First Schedule of the EA 1955 with immediacy as the country shifts into working in the new normal and to bring Malaysia on par with international labour standards,” said Selangor Friends Of Women Association president Irene Xavier when addressing the press.

The EA 1955 is meant to provide protection to all workers in West Malaysia, where their wages do not exceed RM2,000. 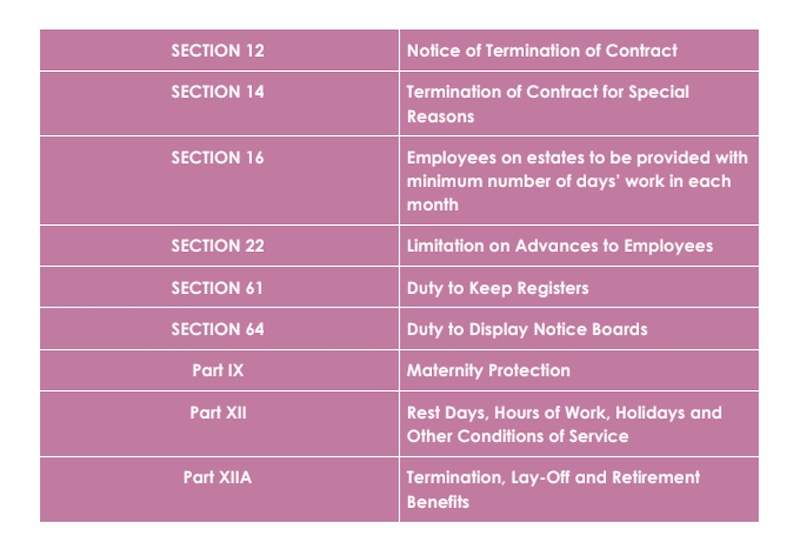 Furthermore, the Act terms those doing domestic work as “domestic servants”  and not as “employees”. This goes for jobs including that of the household cook, house-servant, butler, child’s nurse, valet, footman, gardener, washerman or washerwoman, watchman, groom and driver

The womens’ aid organisations say this classification of “servants” further discriminates against domestic workers as it denies them rights to social security under the Employees’ Social Security Act 1969, which also explicitly excludes domestic servants from being able to access protection under it.

The organisations lamented that this systematic discrimination leaves domestic workers vulnerable to mistreatment by employers, including refusal of payment or overworking.

The organisations are demanding that the government amends EA 1955 with the removal of [Subsection 2(1)] (5) of the First Schedule, and with further amendments — including the replacement of the “servant” classification — so that every employed domestic worker is accorded all the rights of a worker regardless of their legal status and gender.

They also called for the ratification of the International Labour Organisation (ILO) Convention on Domestic Workers and Convention on Violence and Harassment 190 to further protect domestic workers.

Domestic workers in Malaysia are mostly migrant women, many of whom are undocumented, or trafficked from countries such as Indonesia, Nepal, India, Myanmar, Bangladesh and the Philippines.

In many cases, these women become trapped by their employers here in Malaysia, sometimes going through years of physical, mental and even sexual abuse.