The vaccines ferried in through flight MH604, operated by MABkargo Sdn Bhd (MASKargo), using a Passenger-to-Cargo (P2C) Airbus 330-300 plane arrives at KLIA Airport, February 21, 2021. — Picture by Shafwan Zaidon
Follow us on Instagram, subscribe to our Telegram channel and browser alerts for the latest news you need to know.
By KENNETH TEE

KUALA LUMPUR, Feb 21 — Malaysia has officially received its first shipment of Pfizer-BioNTech’s Covid-19 vaccine today after months of anticipation, with the implementation of the National Covid-19 Immunisation Programme set to begin in phases from February 26 onwards.

The vaccines were carried on board Malaysia Airlines flight MH604 operated by MAB Kargo Sdn Bhd (MASKargo) and arrived at the Kuala Lumpur International Airport’s Advanced Cargo Centre (ACC) at 9.57am.

The first batch of the Pfizer-BioNTech Vaccine developed by United States pharmaceutical giant Pfizer and German firm BioNTech comprises a total of 312,390 doses.

They were flown in using an Airbus 330-300 from Singapore’s Changi Airport following its initial departure from Puurs, Belgium after transiting at Leipzig Halle Airport, Germany.

“This is a historical day whereby the vaccines have finally arrived here and we may now make the necessary early preparations to commence the National Covid-19 Immunisation Programme,” Khairy said during a press conference later.

The vaccine’s journey from the Pfizer plant in Belgium was handled by pharmaceutical company Pfizer and German international courier DHL, under a joint partnership for the international transportation of the vaccine.

After the transfer process at the ACC was completed, the truck was then escorted by police to a designated vaccine storage location as a safety measure.

Prime Minister Tan Sri Muhyiddin Yassin and Dr Noor Hisham have been designated as amongst the first recipients of the vaccine to be administered on February 24, kickstarting the largest vaccination programme ever in the country. 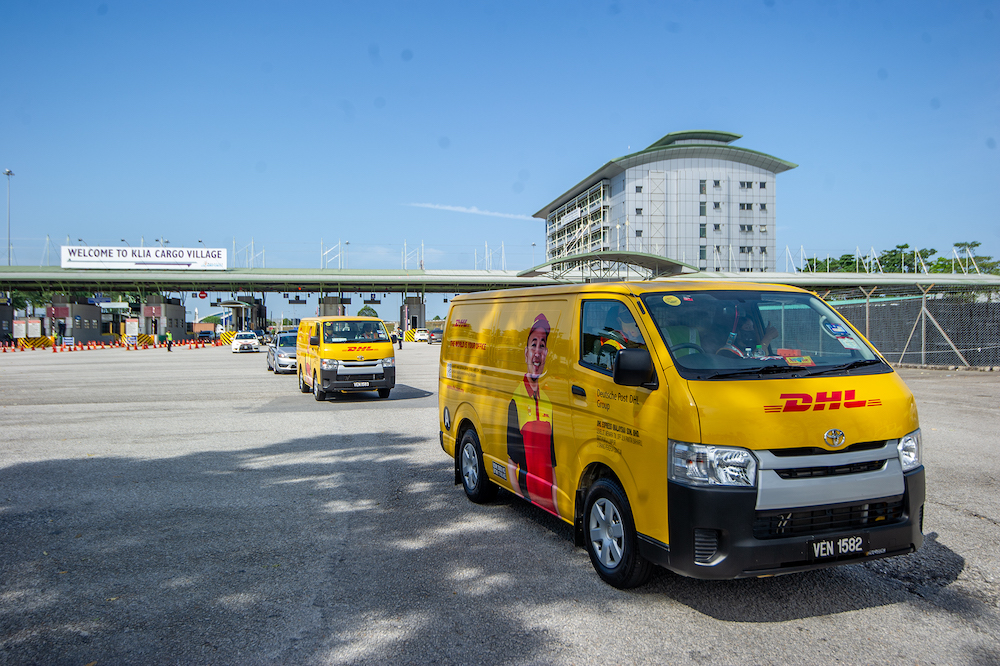 The first phase of the immunisation programme, which is until April, will involve  frontliners, followed by the second phase, which is from April to August, for high-risk groups, namely senior citizens aged 60 years and above and the vulnerable group with morbidity problems as well as Persons with Disabilities.

The third phase, which is from May until February next year, is for those aged 18 and above.

As of February, Malaysia has had access to a supply of 66.7 million doses of Covid-19 vaccines through the Covax Facility and early purchases from five Covid-19 vaccine manufacturers.