PKR president Datuk Seri Anwar Ibrahim speaks to reporters after meeting with the Pakatan Harapan presidential council in Petaling Jaya January 12, 2021. — Picture by Firdaus Latif
Follow us on Instagram, subscribe to our Telegram channel and browser alerts for the latest news you need to know.
By IDA LIM

KUALA LUMPUR, Jan 26 — PKR president Datuk Seri Anwar Ibrahim has filed a lawsuit against the prime minister and the Malaysian government in a bid to have the court declare that Prime Minister Tan Sri Muhyiddin Yassin gave unlawful advice to the Yang di-Pertuan Agong to suspend Parliament during the Emergency declared nationwide via an Emergency Ordinance.

In announcing the lawsuit, DAP’s Bukit Gelugor MP Ramkarpal Singh, who is a practising lawyer, said that the application for leave for judicial review was filed yesterday by Anwar at the High Court in Kuala Lumpur, with the lawsuit filed in Anwar’s capacity as the Opposition Leader in the Dewan Rakyat.

“Among reliefs sought in that application is a declaration from court that the prime minister’s advice to the Yang di-Pertuan Agong to suspend Parliament during the period of the Emergency proclaimed recently is against the law and not in line with the Federal Constitution,” Ramkarpal, who is also DAP’s legal bureau chairman, said in a brief statement today.

“It has to be stressed here that what is being challenged in that application is not the Proclamation of Emergency, but the decision of the prime minister (through the Cabinet) to advise the Yang di-Pertuan Agong to approve rule 14 of the Emergency (Essential Powers) Ordinance 2021 that suspends Parliament during the Emergency period. The prime minister’s advice is said to be in contravention of the law,” he added.

Muhyiddin was named a respondent in his capacity as prime minister. The government of Malaysia was named as the other respondent.

“It is hoped that a date for the hearing of that application can be fixed as soon as possible,” Ramkarpal wrote.

An aide to Anwar confirmed the lawsuit when contacted by Malay Mail. Anwar is also Port Dickson MP.

The Yang di-Pertuan Agong proclaimed a state of Emergency nationwide from January 11 to August 1, upon advice from Muhyiddin.

The Emergency Ordinance — which among other things suspends Parliament for as long as the country is in a state of Emergency — was gazetted on January 14 but took retrospective effect from January 11.

In his court filing, Anwar said he is seeking 10 declarations and court orders. Among them a declaration that Muhyiddin Cabinet’s decision to advise the Agong to promulgate or declare Section 14 of the Emergency (Essential Powers) Ordinance 2021 as a law enforced in Malaysia — which  resulted in Parliament’s suspension — is unlawful, unconstitutional, null and void.

Anwar also wants the court to declare that the Muhyiddin Cabinet’s advice to the King — to promulgate Section 14 of the 2021 Emergency Ordinance — as being ultra vires or beyond the scope of their constitutional, statutory, express and implied duty as the prime minister and Cabinet.

Article 150(6) states that no provision of an Emergency Ordinance shall be invalid if it is inconsistent with the Federal Constitution, while Article 150(8) among other things say that the courts have no jurisdiction to decide on the validity of Emergency Ordinances. Article 4 among other things states that the Federal Constitution is the supreme law of Malaysia and any law that is inconsistent with it is invalid.

Among other things, Article 150(3) requires Emergency Ordinances to be presented to Parliament and with such ordinances revocable by resolutions passed by both the Dewan Rakyat and Dewan Negara, while Article 150(5) relates to Parliament being able to make any laws during an Emergency if it appears that such laws are needed due to the Emergency.

Section 18 of the 2021 Emergency Ordinance states that the ordinance’s provisions shall prevail if there is any conflict or inconsistency with any other written laws.

Based on the list of court orders sought sighted by Malay Mail, Anwar is not challenging the Yang di-Pertuan Agong’s powers or actions in declaring the Emergency or the Emergency Ordinance, but is instead challenging what he alleges to be flawed advice given by the Cabinet and prime minister to the King on Emergency laws to be made —- specifically on the suspension of Parliament.

Depending on how long the Emergency lasts as it can either end earlier or be extended past August 1, Section 14 of the Emergency Ordinance could mean that there would be no parliamentary sittings at all for the first seven months of 2021. 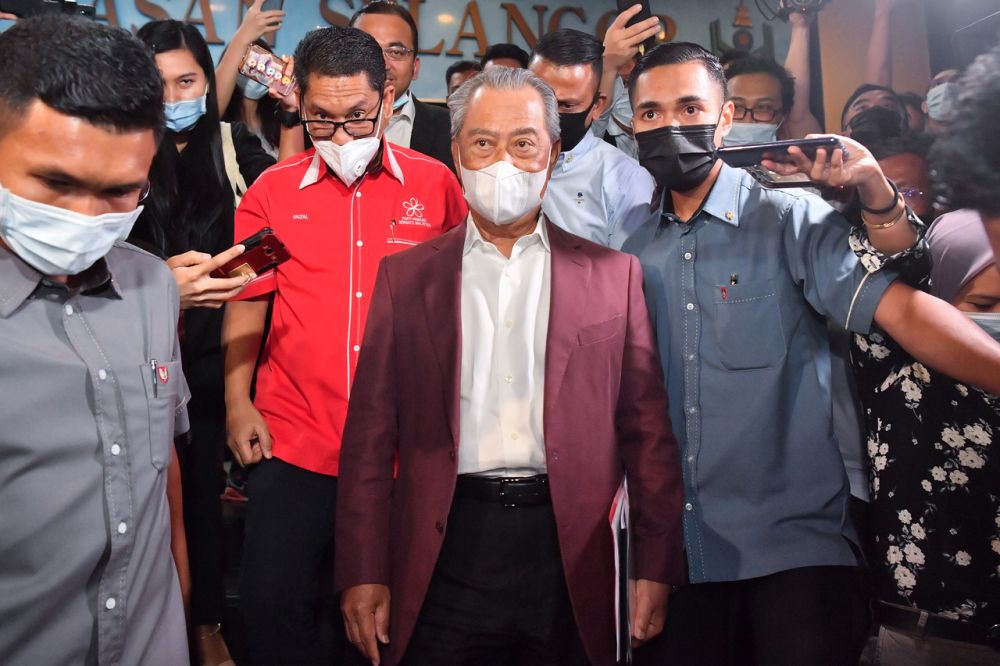 In a separate statement also filed in court, Anwar argued that the suspension of Parliament through the Emergency Ordinance denies Parliament’s role of ensuring transparent debates, government accountability and proper checks and balances on the executive branch of the government in making laws during the Covid-19 pandemic.

Among other things, Anwar argued that he has an interest in the matter as the Emergency Ordinance’s suspension of Parliament deprived him of the right to attend Parliament as an MP to act as a check and balance on the government’s actions during the Emergency.

Anwar also claimed that Muhyiddin’s and the Cabinet’s advice to the Agong is unreasonable and grossly disproportionate in controlling Covid-19 as Parliament’s suspension is not necessary to fight the pandemic.

Anwar alleged that Muhyiddin Cabinet’s advice to suspend Parliament is illegal and procedurally improper when the Pagoh MP no longer commands the majority support in the Dewan Rakyat and lacked the mandate to make the decision to give such advice.

Anwar argued that the Cabinet’s advice was allegedly intended to secure Muhyiddin’s personal interests to “remain in power”.

Anwar also argued that the prime minister had failed to consider other alternatives to manage the pandemic. He cited the Dewan Rakyat Standing Orders as an example, where the Speaker has the discretion to allow alternative procedures to quickly pass emergency legislation in the public interest, or provisions that allow Parliament to meet through special sittings in the public interest.

Anwar also argued that both Muhyiddin and the Cabinet had failed to consider creating “alternative special emergency rules” to speed up or simplify the legislative process to provide new accountability measures during the Covid-19 pandemic, which other countries have done.

Previously, 10 former Malaysian Bar presidents had in a joint statement cautioned of the dangerous precedent set by the federal government in having pushed for the Emergency declaration, and highlighted that the suspension of Parliament during the Emergency shields the government from accountability.

Besides Anwar’s suit, there are two others pending in court in relation to the Emergency.

Datuk Seri Khairuddin Abu Hassan had on January 18 filed a lawsuit against Muhyiddin and the Malaysian government to ask the courts to decide whether a prime minister who no longer has the majority support of MPs in the Dewan Rakyat can still advise the Yang di-Pertuan Agong to proclaim an Emergency, or whether such a prime minister can suspend Parliament sittings.

Separately, lawyer Syed Iskandar Syed Jaafar had in October 2020 filed a lawsuit against the Malaysian government to ask the court to decide on two constitutional matters, including whether the Yang di-Pertuan Agong has unfettered discretion to not declare an Emergency.