Senior Minister Datuk Seri Ismail Sabri Yaakob at a media conference in Putrajaya October 28, 2020. — Bernama pic
Follow us on Instagram, subscribe to our Telegram channel and browser alerts for the latest news you need to know.
By RADZI RAZAK

He said despite complaints from operators and workers, the government is not ready to allow extended operation hours under the second phase of movement control order (MCO), which began on January 13 and is due to end on January 26.

“We are not ready (to allow extended operating hours for restaurants). We have now scheduled the MCO for two weeks. It was three months before. So, for two weeks, you must adhere to the government’s orders.

“If the (Covid-19) cases go down, we may (downgrade) to a conditional MCO and this means we can be more lenient. But for now, you have to adhere to the government’s orders and SOPs,” he told a press conference today.

On January 12, Ismail Sabri announced that all food outlets, which include restaurants, food courts, kiosks and hawker stalls, are only allowed to operate from 6am to 8pm daily during the MCO.

He reminded operators that while food outlets are allowed to operate, only takeaways and delivery are allowed.

On a related matter, Ismail Sabri announced that the government is allowing self-service laundries to operate conditionally after receiving complaints from the public.

However, he said that the laundromats must ensure a worker is present to monitor customers, including conducting body temperature checks and ensuring physical distancing.

“We understand the need to have self-service laundromats operating now, especially as it is the rainy season,” he said.

Ismail Sabri also reminded the public that even though recreational activities like jogging and cycling are allowed, these were limited to one’s neighbourhood.

He said the government ordered all public parks in states under the MCO to remain closed to prevent crowds from gathering. 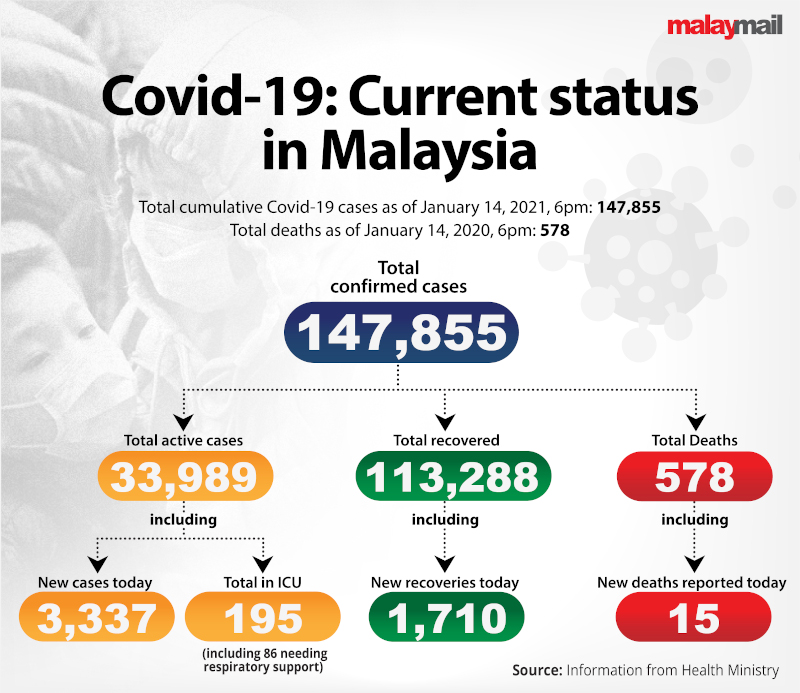