A general view of workers’ quarters within the premises of a glove manufacturer in Klang which was raided by authorities earlier today. — Picture by Yusot Mat Isa
Follow us on Instagram, subscribe to our Telegram channel and browser alerts for the latest news you need to know.
By YISWAREE PALANSAMY AND SHAHRIN AIZAT NOORSHAHRIZAM

KLANG, Dec 24 — Another glove producer is at risk of being shut down temporarily over its non-compliance with Covid-19 rules, in relation to its workers’ dormitory here.

The Klang district health office said it has already uncovered several violations and is investigating other concerns before deciding whether to shut the factory completely or just the dormitory within its premises.

“Under Act 342 (Prevention and Control of Infectious Diseases Act 1988), rightfully several matters are taken into consideration. Hostel, transportation, the factory, cafeteria and various other issues.

“As for the hostel, we noted that it was not in compliance over certain things; for example, disinfection and sanitisation which have to be done thrice a day and recorded.

“At the same time, when we visited the male hostel, we found one room where physical distancing was flouted. Yes, they did the markings, the ‘X’ sign is there, but it was not being practised in reality, and they could not prove themselves with just one record from the factory operator. Those are indeed offences which we can compound.

“From what we saw, there is a likelihood that (this factory) could be shut down,” Klang district health officer Ili Syazwani Mohd Mashudi told reporters.

Several media agencies observed the raid as it was carried out.

Rats were seen in the canteen and kitchen area where workers’ meals are prepared daily.

The area was also located next to a rubbish-filled plot of land.

Ili Syazwani said that the decision on the factory’s fate would be known today. 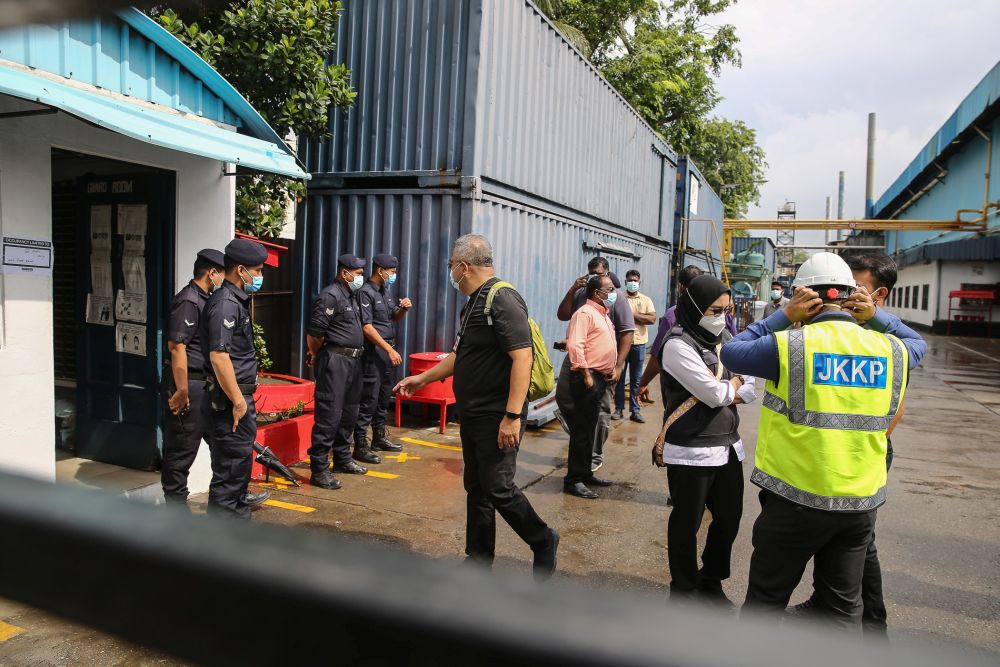 Enforcement officers are pictured during a raid on the premises of a glove manufacturer in Klang December 24, 2020. — Picture by Yusot Mat Isa

The raid was conducted jointly with the Klang City Council (MPK) and the Department of Labour Peninsula Malaysia (JTKSM).

Deputy director-general (operations) of the Human Resources Ministry, Mohd Asri Abdul Sahab, said the factory had made an effort to comply with Act 446, in terms of hygiene, as stipulated under the Covid-19 standard operating procedures (SOPs).

Act 446 refers to the Workers’ Minimum Standards of Housing and Amenities Act 1990.

“However, there are many other aspects linked to Act 446, which must be adhered to. As we saw earlier, one of the rooms didn’t have a double-decker bed but a triple-decker one.

“We had to climb a ladder to reach it. This could be seen as posing a safety risk,” he said, adding that under the law, employers must also provide a mattress of at least four inches, a pillow and a blanket, as well as a private locker for their workers.

He said that a supervisor must also be on standby to monitor workers’ movements in and out of their accommodation.

“They must prepare hand sanitisers and thermometers. And, for example, say one room has 12 occupants, there should be a list of names stating as such,” he added. 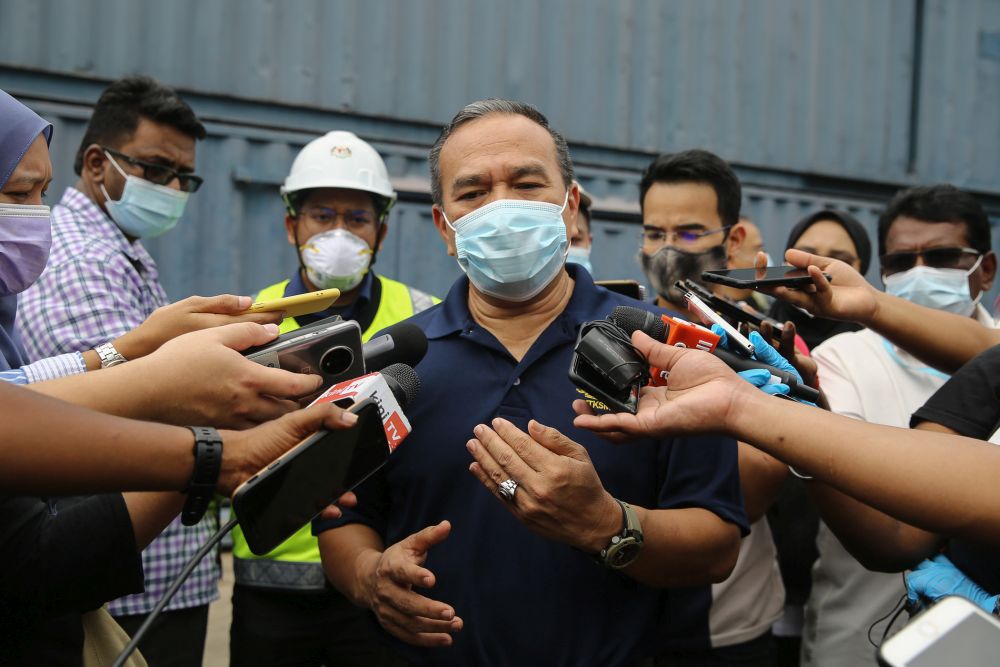 Mohd Asri said that the MPK would also be checking if the factory owner had applied to place a dormitory within the compound.

“Earlier, they said they have applied but we have to check our records,” he added.

Meanwhile, a representative of the factory admitted that the situation could use some improvement but denied that the workers’ welfare had been neglected.

“Is there room for improvement? Certainly, I would say so. Is it really bad? Of course not. They have a big space to sit down and socialise. So my comment would be, obviously, there’s room for improvement, but at the same time, I haven’t really heard them complain much.

“On our part, it takes a certain amount of education and constant reinforcement of the SOPs that must be followed among the workers,” he told reporters when met after the raid.