A special stage was set up in front of the Palace of Justice where the newly-weds, Tengku Muhammed Hafiz Adnan and Oceane Cyril Alagia were seated and waved to the guests, who passed-by in their vehicles  before taking their food pack at a special tent as they left the place.

The Javanese theme ceremony started at 11am and ended about 2pm. 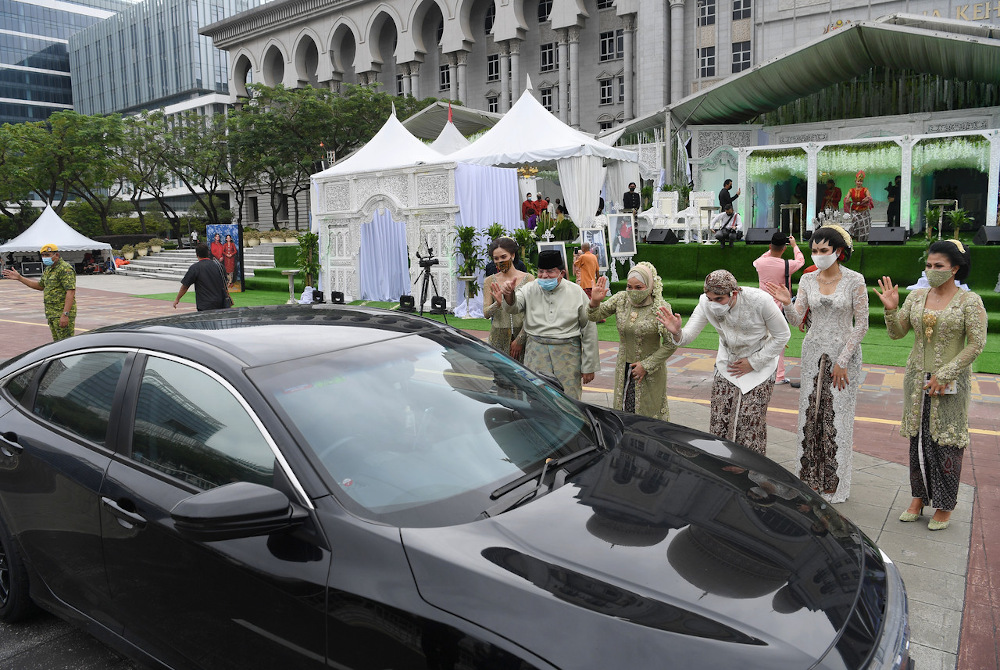 Tengku Muhammed Hafiz said he and his family thanked all the guests who came to the wedding reception, despite it being carried out under the new normal.

“The drive-through concept is my father’s idea. He wants my wedding to to be celebrated by all the people in Putrajaya as they are also my family as I grow up here,” he said.

Tengku Muhammed Hafiz, who is pursuing medical studies in Indonesia, said the ceremony was held in compliance with prescribed standard operating procedure (SOP) to prevent the spread of Covid-19.

The event was enlivened with Javanese cultural performances, as well as by local artists, which could be watched on a huge screen next to the stage. — Bernama 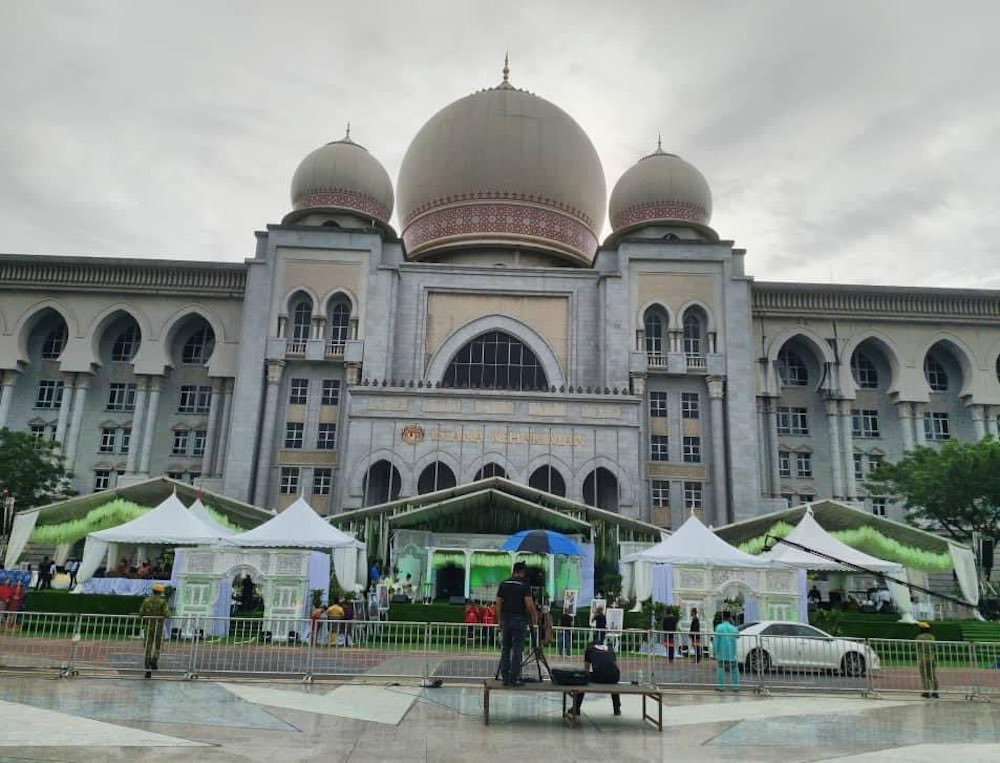 A view of the drive-through wedding for Datuk Seri Tengku Adnan Mansor’s son Tengku Muhammad Hafiz and his bride Oceane Cyril Alogia in front of the Palace of Justice in Dataran Putrajaya December 20, 2020. — Picture via Twitter/@maliqueredzuan