Prof. Dr. Vicknes Waran speaks during an interview with Malay Mail at the University Malaya Specialist Centre in Petaling Jaya September 25, 2020. — Picture by Shafwan Zaidon
Follow us on Instagram, subscribe to our Telegram channel and browser alerts for the latest news you need to know.
By YISWAREE PALANSAMY

While the idea had been in the works for years, development accelerated sharply in March when the world-stopping Covid-19 virus hit Malaysia and introduced problems for healthcare professionals that such a system would specifically address.

The system would allow medical specialists to be exponentially more effective in applying their expertise as they could oversee surgeries at virtually any location with the hardware present.

The system uses an optical mounted display reminiscent of augmented reality headsets and could also be applied to pre-surgery evaluation and post-operation monitoring.

UMSC team leader Professor Dr Vicknes Waran Mathaneswaran told Malay Mail the headset was from a firm named Vuzix, a developer of “smart glasses” he said the public may have seen before through products such as Google Glass or Microsoft’s HoloLens.

“It is just a pair of glasses which you can see, and the image in those glasses can be transmitted to your devices like your handphone or directly anywhere in the world.

"So, if one of these gentlemen puts on the glasses and goes out of this room, you and I can see through my phone what exactly he is doing, what he is seeing, and I can tell him what to do when I see his actions and he can follow the instructions," Dr Vicknes said.

The seasoned neurosurgeon said the innovation would be critical in addressing the shortage of specialist doctors in some areas, particularly in more rural and remote parts of the country.

How it came about 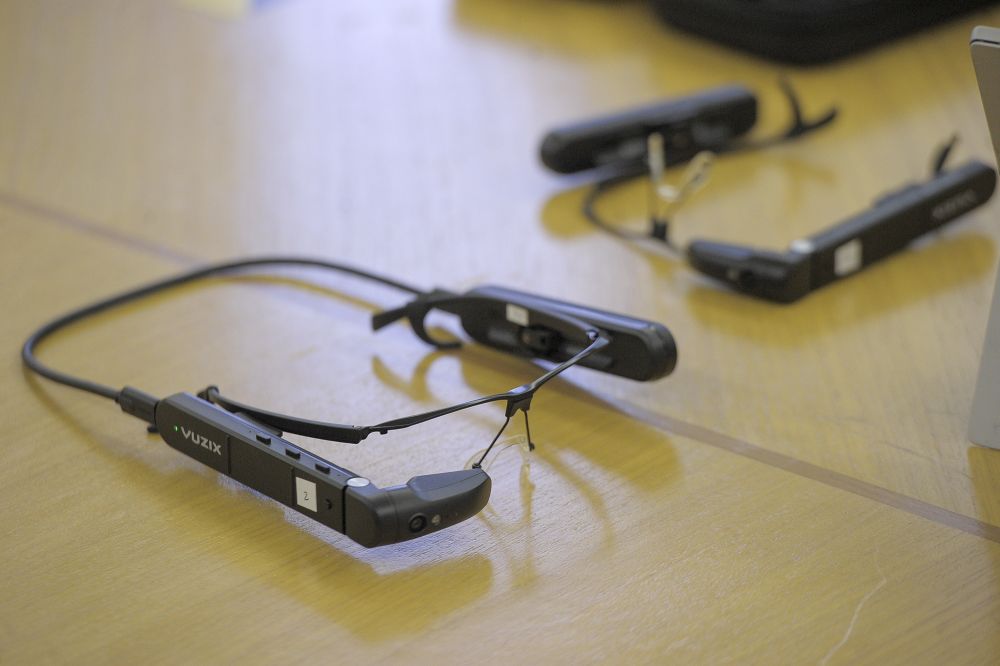 The MedCom remote sensor suite uses an optical mounted display reminiscent of augmented reality headsets and could also be applied to pre-surgery evaluation and post-operation monitoring. — Picture by Shafwan Zaidon

Dr Vicknes said the idea for MedCom came about years ago while thinking of ways to prevent burnout among specialist doctors as well as to ensure accurate diagnoses of patients’ illnesses.

Preliminary versions of the system used basic still images and recorded videos, he said, recalling the early development of what eventually became MedCom.

“The problem was when the patient came in and discussed their problems, the doctor on the other side who was seeing the patient at 2am, will call me or my colleagues and they will be describing the scan to me in words,” Dr Vicknes said.

This created opportunities for faulty diagnoses due to incorrect terminology, miscommunication, and misinterpretation.

The team eventually developed more tools and devices that could reduce such problems, which Dr Vicknes said was then presented to the Malaysian Communications and Multimedia Commission (MCMC).

He said MedCom would help the country reduce inefficiencies in its healthcare system, from more effective use of specialists’ time to reductions in personal protective equipment (PPE) usage as a result of tele-consultations.

"Just prior to that, there was a team which came, trying to sell us this Vuzix glasses to be used for research. However, their sale to us would require the images to be stored in another country, in the servers there, and all kinds of issues, particularly privacy issues are bound to crop up," he said.

Dr Vicknes added that this was when an opportunity presented itself to the team to develop its own software application with the help of IT specialist Tan Su Tung.

As the data is stored on UMSC’s servers, this addressed the issue of patient privacy.

The team tested MedCom in the neurosurgical department as Dr Vicknes is as a neurosurgeon and because operations in this area were typically complex and most in need of innovation.

Was the trial run a success? 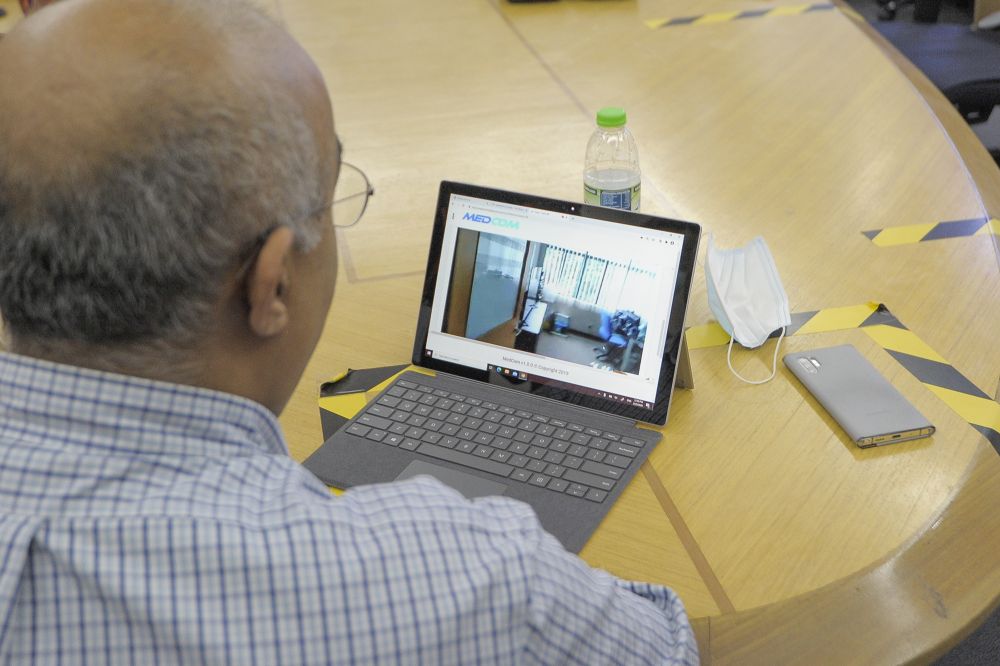 Dr Vicknes said MedCom would be critical in addressing the shortage of specialist doctors in some areas, particularly in more rural and remote parts of the country. — Picture by Shafwan Zaidon

He also said the test itself needed far less time than the three months it took to gestate the initial idea, adding that the increased efficiency also demonstrated itself immediately.

“Running the tests took faster, as we do our normal ward rounds every day.  We already had the ethics approval from the hospital to do it," he added.

Following the successful series of tests, the team wrote and published a paper titled “Telemedicine via smart glasses in the pandemic”.

In it, they reported that 10 paired ward rounds were performed on 103 neurocritical care patients with excellent overall intrarater reliability.

The test revealed that nine out of 10 showed good to excellent internal consistency with one patient showing "acceptable internal consistency", with qualitative analysis indicating wide user acceptance and high satisfaction rate with the alternative method employed.

"We did 10 ward rounds because we had to validate that it is useful. We sent in different junior doctors wearing this, with the more senior lecturers sitting in another room and later on it was in their car or homes.

"The person who is wearing the glasses becomes my robot," Dr Vicknes said, adding that the doctors checking on the patient and their more senior observers would also be able to discuss the patient's condition and diagnosis.

Dr Vicknes said that the team is now exploring how to expand this technology for teaching purposes.

However, the doctor said the programme still needed more funding before it could be fully developed and deployed.

"We are looking for industry collaboration and we need RM1 million to kickstart before selling it to help others. Most of the research and development work for this has already been done, but we need about RM5 million in external to the RM1 million, to develop an integrated ICU monitoring system," Dr Vicknes said.

He said that a bigger system needs to be developed to enable the transmission of other medical images and data.

"So tomorrow if a hospital wants to implement this for their ICU, for a cost effective solution, we can get the solution to monitor patients remotely," he added.