Finally, NSC explains where you must wear a mask in public

KUALA LUMPUR, Aug 5 — The National Security Council (NSC) has released a list of locations where the use of face masks is mandatory in public, five days after the ruling came into effect.

In an infographic released via its official communications channel, the NSC identified 14 categories of places where failure to don a face mask was punishable by law.

The places include mosques and prayers halls, houses of worship, public transports, school buses and vans, zoos, sports and recreation areas (when not participating), clinics and hospitals, public and farmers markets, cinemas and venues with live entertainment, all retail outlets including restaurants, hairdressers and beauticians, spas and wellness centres, and family entertainment outlets.

The retail category is wide ranging and effectively covers any location where retail transactions are made, including petrol stations, workshops and laundromats.

Also included was a general category for “social events” but this was not defined.

He said the recent increase in Covid-19 infections was worrying and noted the Health Ministry’s concern about worsening compliance with the standard operating procedures to prevent the disease.

However, the announcement was not accompanied by a definite list of areas that were categorised as “crowded” and Malaysians were instead told that these were places where physical distancing would be difficult. 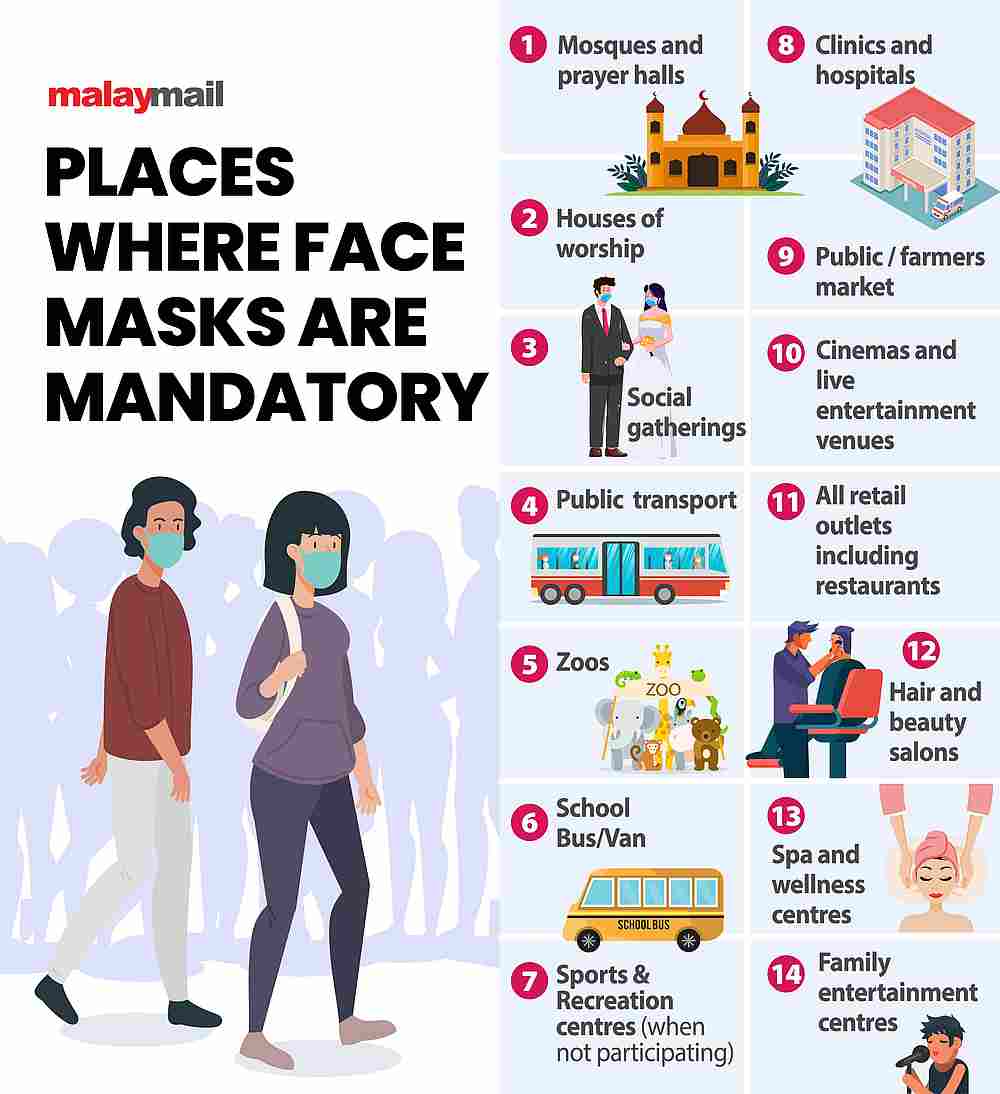