Senior Minister Datuk Seri Ismail Sabri Yaakob is pictured at Parliament in Kuala Lumpur July 23, 2020. — Picture by Yusof Mat Isa
Follow us on Instagram, subscribe to our Telegram channel and browser alerts for the latest news you need to know.
By YISWAREE PALANSAMY

KUALA LUMPUR, Aug 3 — Putrajaya said today it has allowed the Kedah state government’s request to enforce the administrative movement control order (AMCO) in several areas in the state, following the emergence of the Sivagangga Covid-19 cluster.

In his press briefing today, Senior Minister Datuk Seri Ismail Sabri Yaakob said the AMCO will be enforced within a one-kilometre radius from these following places:

“The Special Ministerial Committee Meeting has this morning, approved the Kedah state government’s request to enforce the AMCO in the said areas from August 3 until August 30,” the Defence Minister announced.

He said that the standard operating procedures would follow the current ones, with additional enforcement including roadblocks covering every road in and out of the said areas, and the shutting of several nearby roads.

“7,000 residents in the areas would be screened via swab testing,” he said, adding that mosques and other religious places of worship would also be closed.

Ismail Sabri said that for Friday mass prayers, only three people would be allowed into mosques situated in the four areas, to conduct prayers.

The Sivagangga cluster, first reported on July 28, saw six cases detected after active tracing was conducted. The index case is an Indian national who is a permanent resident here, and the owner of the nasi kandar restaurant in Pekan Napoh.

Health Director-General Datuk Dr Noor Hisham Abdullah yesterday announced that 11 new cases were discovered, who are close contacts of the two Malaysian men who tested positive on July 31 under this cluster.

Five schools in Kedah have been ordered to close with immediate effect until August 29 in an effort to contain the Sivagangga cluster. 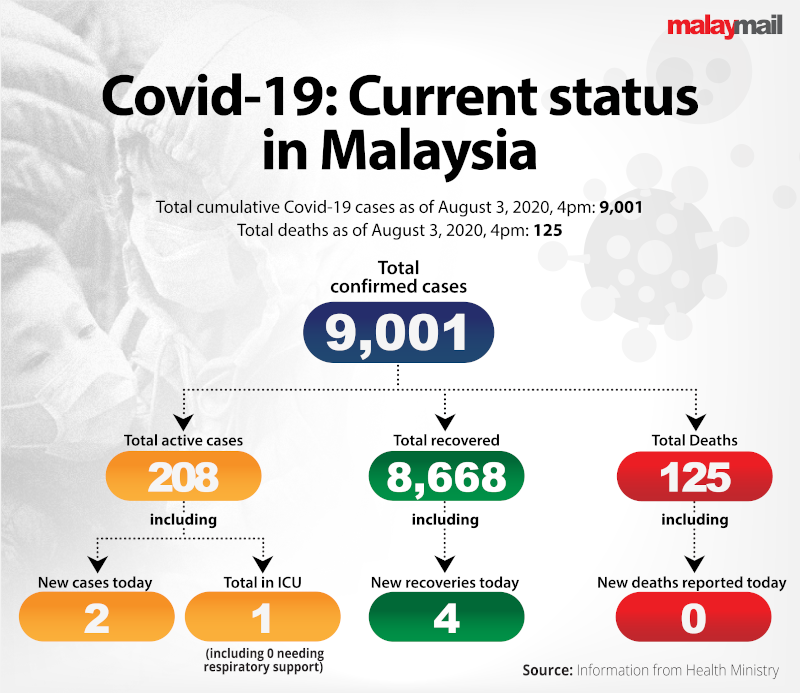