Datuk Seri Najib Razak is pictured at the Kuala Lumpur High Court July 17, 2020. ― Picture by Shafwan Zaidon
Follow us on Instagram, subscribe to our Telegram channel and browser alerts for the latest news you need to know.
By DANIAL DZULKIFLY

KUALA LUMPUR, July 22 — The High Court today has ruled in favour of the Inland Revenue of Board (IRB) in a summary judgment by allowing it to collect tax arrears from former prime minister Datuk Seri Najib Razak for the amount of RM1.69 billion.

Justice Datuk Ahmad Bache today stated that the court does not have jurisdiction under Section 106 (3) of the Income Tax Act 1967 (Act 53), which reads: “In any proceedings under this section, the court shall not entertain any plea that the amount of tax sought to be recovered is excessive, incorrectly assessed, under appeal or incorrectly increased.”

In his summary judgment, Ahmad stated that all Malaysian taxpayers are required to pay tax regardless of their position or standing, including a former prime minister.

“Thus, to recapitulate, under the national tax scheme of Malaysia, of which the Defendant is aware, or of which the Defendant should have been aware, being the former Minister of Finance, upon the service of the Notice of assessment, the tax shall become due and payable,” said Ahmad, as stated under section 103 (2) of the Income Tax Act of 1967.

Ahmad then cited a decision by the Federal Court in the case of Arumugam Pillai against the Government of Malaysia, where the Apex Court stated the provision of “pay first talk later”, although harsh but an intentional provision of the legislature because of the high incidences of tax evasion in the country.

Furthermore, Ahmad stated that Najib should argue the merits that his tax assessment was incorrect, to the Special Commissioners of Income Tax (SCIT), instead of the Courts.

Under Section 99 of the Income Tax Act of 1967, if a person is dissatisfied with the tax assessment raised, he or she may appeal to the SCIT.

“These are challenges that go to the merits of the appeal and should be decided by the SCIT as they involve questions of facts and not the Court,” said Ahmad.

However, Ahmad explained that if Najib is dissatisfied with the decision of the SCIT over his tax assessment, only then can he challenge the decision in the courts.

In the civil suit, Najib stated that the tax assessment was inaccurate as a substantial amount of the income came from donations received from an Arab donor and some of the purported donations were returned.

Najib also stated that the monies received were also political donations and the remaining are his own income.

Najib had also argued that Section 106 of the Income Tax Act of 1967 contravenes Article 13 or Rights to Property and Article 121 or Judicial Powers, as stated in the Constitution.

In the summary judgment, Ahmad viewed that the arguments raised by Najib are misconceived.

“The Apex Courts have many times previously dismissed constitutional challenges with regards to the scheme of tax recovery under the Income Tax Act of 1967, particularly as against Article 13, whereby the Federal Court has ruled that there is nothing arbitrary in imposing income tax, for the purpose of raising national revenue of the country,” said Ahmad.

Ahmad also ordered Najib to pay RM15,000 to the IRB as cost.

Najib today was represented by Muhammad Farhan Shafee and Wee Yeong Kang while the IRB was represented its deputy revenue solicitor Abu Tariq Jamaluddin along with Nor Hisham Ahmad and Al Hummidallah Idrus. 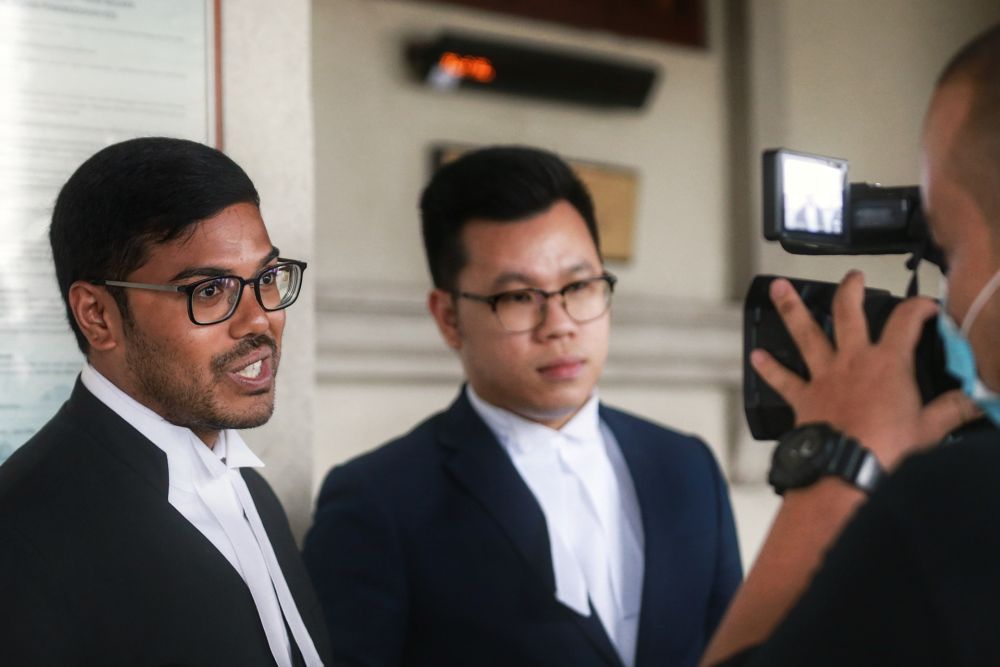